The latest Ebola epidemic in Democratic Republic of Congo (DRC) is the worst ever documented here and the second-largest Ebola outbreak recorded anywhere. As of May 22, more than 1,200 people have died from Ebola.

Almost ten months into the outbreak, the number of people with confirmed cases of Ebola cases continues to increase and conditions in the affected areas are getting worse. Cases have been confirmed in North Kivu and Ituri provinces.

This is the country's tenth outbreak of the deadly virus in 40 years. DRC’s Ministry of Health officially declared the ongoing outbreak of Ebola virus disease in North Kivu on August 1, however the outbreak likely began months earlier.

*Data published by DRC Ministry of Health. "Probable" deaths refer to deaths that were linked to confirmed Ebola cases but not tested before burial.

MSF remains an active player in the Ebola response. Following separate attacks on our Ebola Treatment Centers (ETCs) in Butembo and Katwa—at the epicenter of the outbreak—earlier this year, MSF is not currently running treatment centers. MSF is helping existing health care structures in North Kivu and Ituri provinces to prepare for and handle potential Ebola cases and managing transit centers where patients with suspected Ebola are tested and sent to ETCs if they test positive.

Additionally, the organization is involved in prevention activities by working to implement and strengthen disease surveillance and infection prevention and control activities (IPC) in the region, as well as working with local structures to make sure they have the capacity and equipment to isolate possible positive cases.

Working closely with communities to identify and address their specific needs is critical. In addition to Ebola activities, MSF is helping to increase access to general health care to treat other common illnesses and improve water and sanitation to prevent the spread of waterborne diseases. Increasing access to basic health care can help reduce the number of new cases of Ebola. It is safer to keep people out of hospitals, where they could come into contact with others who are infected with the virus.

The epicenter of the outbreak is in North Kivu province, a densely populated area in the country’s northeast with approximately seven million people. Despite the challenges of rough terrain and bad roads, the population is highly mobile. North Kivu shares a border with Uganda to the east and sees a lot of trade, as well as human trafficking and “irregular” crossings. Some communities live on both sides of the border and cross back and forth frequently to visit relatives or trade goods.

North Kivu has been an area of conflict for over 25 years, with more than 100 armed groups estimated to be active. Criminal activity, such as kidnappings, are relatively common, and skirmishes between armed groups occur regularly. Widespread violence has uprooted people and made some areas in the region quite difficult to access. While most of the urban areas are relatively less exposed to the conflict, attacks and explosions have taken place in Beni, a regional administrative center, sometimes limiting MSF’s ability to run operations.

The current epidemic was first declared in the small town of Mangina, and the outbreak’s epicenter has appeared to move toward the south, first to the city of Beni, and later to the larger city of Butembo, a trading hub. Nearby Katwa became a new hotspot near the end of 2018, and cases have been found further south. Meanwhile, sporadic cases have also appeared in neighboring Ituri province to the north.

All actors involved in the Ebola response have failed to build trust within the local community. Widespread mistrust, as well as violent attacks against the Ebola response, are hampering the efforts to control the epidemic. People are not seeking care in Ebola Treatment Centers. This has resulted in an increased likelihood that the virus could spread in other health facilities that aren’t equipped with proper infection control procedures and equipment.

About half of all the new cases are community deaths, which means people are either dying at home or in general health care facilities. This is an indication of the persistent lack of trust in the intervention. People dying of Ebola in the community also present a significant risk of transmission to others.

Additionally, violence and unrest—such as fighting between the army and armed groups in early May, and the killing of a World Health Organization doctor in April in Butembo—have brought many activities to a standstill. For instance, vaccination of contacts, contacts of contacts, and frontline workers in Butembo and Katwa, is sometimes temporarily suspended because of threats to the safety of vaccination teams.

It will not be possible to end this outbreak if there is no trust built between the Ebola response and the affected people. We have to listen to the needs of communities, restore their choice when it comes to managing their health, and involve them in every aspect of the Ebola response.

Overall, the geographic spread of the epidemic appears to be unpredictable, with diffused small clusters of cases potentially occurring anywhere in the region. This pattern makes ending the outbreak even more challenging. Given the appearance of new confirmed cases further to the south, the risk of the epidemic reaching Goma, the capital of the province, is another reason for concern.

MSF is extremely worried about the lack of visibility on the actual epidemiological situation as more than 80 percent of new confirmed cases have not been identified and followed as contacts. Additionally, as few as 32 percent of the new confirmed cases were linked back to known contacts. This means that the listing of contacts and surveillance are not effective. Contact tracing is essential to control the evolution of the outbreak. This also mean that while the number of new cases being reported is high, the real number is likely to be even higher. 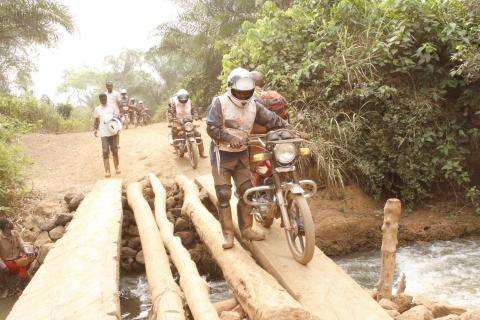 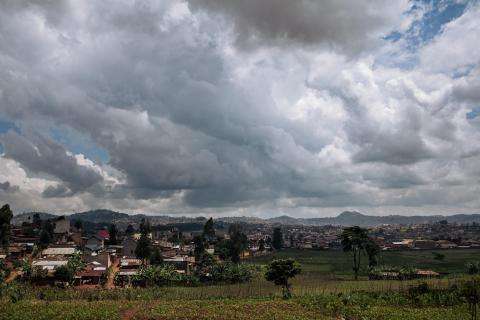 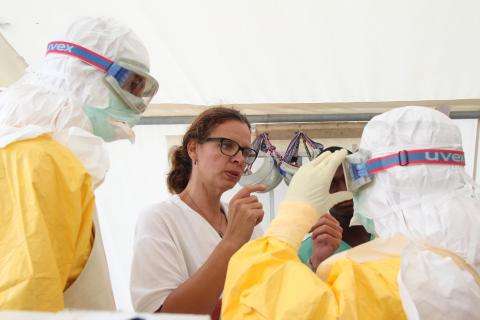