The international medical humanitarian organization Doctors Without Borders/Médecins Sans Frontières (MSF) is expanding a free treatment program for people with mental health disorders in Liberia with activities beginning this month in the densely populated township of West Point in Monrovia.

The program, run in collaboration with the Ministry of Health and other partners, now provides outpatient care for about 1,350 people with mental health disorders or epilepsy in a total of five health facilities in Monrovia and other areas of Montserrado County. Epilepsy treatment is included as it is part of Liberia's national mental health strategy.

"Severe mental health disorders are found in every country, affecting about 2 to 3 percent of the population each year," said Dr. Gregory Keane, MSF mental health adviser. "People with untreated psychosis, severe depression, or other severe disorders may be less able to properly care for themselves or manage their daily lives. Families really struggle with how to respond when medical treatment is not available."

In the last 30 years, Liberians have endured two civil wars and an Ebola epidemic that claimed thousands of lives in the region, including a disproportionate number of health workers. Like many low-income countries, Liberia has limited medical services for people with mental health disorders, with one psychiatric hospital and only two psychiatrists.

However, the Ministry of Health has worked with MSF and other organizations to improve its strategy for delivering mental health care at the community level, Keane said. As part of this strategy, an MSF team is supervising and supporting nine mental health clinicians in primary health care centers in Bensonville, Bromley, Clara Town, Pipeline, and West Point. The clinicians, who have completed a six-month training, assess patients and provide treatment with ongoing support from an MSF psychiatrist, Hassan Nasser, and psychologist, Saima Zai.

It is critically important to help family and community members understand a person's condition and support their care to overcome social stigma and avoid harmful practices.

"Many people with psychiatric disorders have been struggling for years with spiritual healers or herbalists and have not been receiving medical treatment," Nasser said. "I have even seen individuals who were chained or locked up at home because of social stigma or fear of aggressive behavior. But when people accept that these are medical conditions, and we treat these patients, they finally have relief from their symptoms and live normally in their communities."

Demand is already high for mental health treatment in West Point, a crowded urban area with tens of thousands of people on a narrow coastal peninsula. MSF, the Ministry of Health, and the National Catholic Health Council are working in West Point's primary health care center, called Star of the Sea.

Previously, more than a quarter of the mental health patients in the neighboring area of Clara Town were residents of West Point. With treatment now available locally, more patients are expected.

"The population density in West Point is very, very high," said Justine Hallard, MSF project coordinator. "There is sometimes flooding in the area, so people are living in very hard conditions, in crowded dwellings. The stress can lead to a higher rate of mental disorders."

As in other locations, the mental health program in West Point relies heavily on local workers, called government community health volunteers, to visit patients and follow up by phone. With support from MSF, four volunteers from West Point visit patients at home, help families understand mental health conditions and encourage adherence to treatment.

"The government community health volunteers are really key to this effort," Hallard said. "If we increase the number of patients each month, it is thanks to the amazing work of these individuals. They know how to talk to people and build awareness of mental health, strengthening the role that families and communities play in supporting people who need care."

MSF supplies most of the psychiatric medications in the five participating health facilities. Across Liberia, however, people are not always able to obtain psychiatric medications, and supplies may be interrupted from time to time, leading patients to relapse. This is one of the main challenges that people with mental health conditions face in Liberia, according to Benjamin Ballah, general secretary of a Liberian organization that advocates for mental health services, Cultivation for Users' Hope.

"You find a lot of people living with mental illness," Ballah said. "Our complaint is about not supporting mental health as compared to other medical health. You cannot build a resilient health system without mental health."

According to Ballah, overcoming social stigma is the other major challenge. As an advocate, he tells people that he had a mental health condition, and with treatment, he was able to recover, complete his education, and work as a schoolteacher.

Patients with epilepsy also face challenges in society, but treatment can help. With support from MSF, clinicians assess epileptic patients and provide medications to control seizures, according to national and international guidelines. "There is a stigma when people cannot control their seizures and are not able to function normally," Hallard said. "Children who have epilepsy too often cannot go to school because they are stigmatized, and don't even play with other children. Now that they are on treatment, they are going back to school, and they can have a normal life."

MSF began working in Liberia in 1990 and provided medical care during the civil war years. In 2014, MSF returned to the country to respond to the West African Ebola epidemic. MSF currently runs a pediatric hospital, Bardnesville Junction Hospital, and the mental health program, which began in 2017. 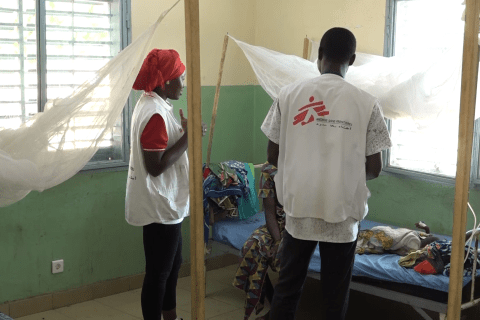 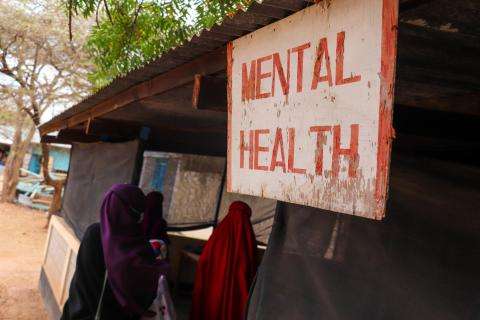 Kenya: In the shadow of COVID-19, a growing mental health crisis in Dadaab refugee camp 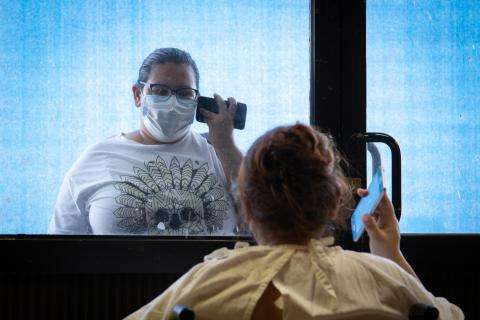