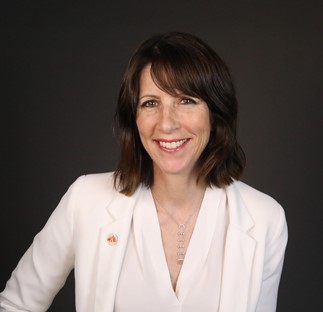 Avril Benoît is the executive director of Doctors Without Borders/Médecins Sans Frontières in the United States (MSF-USA). She has worked with the international medical humanitarian organization since 2006 in various operational management and executive leadership roles, most recently as the director of communications and development at MSF’s operational center in Geneva, a position she held from November 2015 until June 2019.

Throughout her career with MSF, Avril has contributed to major movement-wide initiatives, including the global mobilization to end attacks on hospitals and health workers. She has worked as a country director and project coordinator for MSF, leading operations to provide aid to refugees, asylum seekers, and migrants in Mauritania, South Sudan, and South Africa. Avril’s strategic analysis and communications assignments have taken her to countries including Democratic Republic of Congo, Eswatini, Haiti, Iraq, Lebanon, Mexico, Mozambique, Nigeria, Sudan, Syria, and Ukraine. From 2006 to 2012, Avril served as director of communications with MSF Canada.

Prior to joining MSF,  Avril had a distinguished 20-year career as an award-winning journalist and broadcaster in Canada. She was a documentary producer and radio host with the Canadian Broadcasting Corporation (CBC), reporting from Kenya, Burundi, India, and Brazil on HIV stigma, rapid urbanization, sexual violence in conflict, and political inclusion of women, among numerous other assignments and topics.

Recent articles: Surge of humanity needed for migrants and refugees