By Dr. Jean-Hervé Bradol, President of MSF-France and MSF-USA Board Member, on the WHO, governments and the worsening HIV/AIDS crisis. 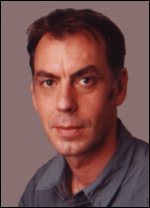 More than 20 years after the AIDS pandemic broke out and more than 20 million deaths later, fewer than 5 percent of people with HIV/AIDS are being treated and no preventive vaccine is in sight. The disease is spreading steadily: in 2004, more than 5 million people were infected, and more than 3 million died of AIDS-related complications.

In the 49 countries that have been hardest hit by AIDS, more than 4.5 million people require urgent treatment or they will die. Out of this figure, only 187,000 (or 4 percent) are being treated.

While the disease is spreading exponentially, the same cannot be said of the number of patients receiving treatment: at the end of 2002, they numbered just over 300,000 in developing countries and only 440,000 in July 2004 -- and more than 100,000 of those treated live in Brazil, an industrialized country that has been a forerunner in this area. Worldwide, the ratio between newly-infected patients and those given care is still scandalously lopsided.

Despite this dismal reality, politicians, drug manufacturers, international organizations, and research institutes have been spinning good news stories about their efforts to expand access to AIDS treatment. Unfortunately, the facts clearly belie such an optimistic account of the actual international response to the AIDS pandemic.

Just a few years ago, however, a major event took place. Hundreds of thousands of patients who could otherwise not afford it were given the possibility of treatment. The key factor of this watershed event was unimaginable several years earlier: generic forms of drugs, which were produced in India (at the time, not bound by World Trade Organization restrictions), were sold at 30-40 times below previous prices. For $350 instead of $10,000-15,000, people could be kept alive. This revolutionary development forced governments and international institutions such as the World Health Organization (WHO) to drop the pretence that it was economically unfeasible to treat people living with HIV/AIDS in poor countries and admit that nothing stood in the way of access to treatment other than the lack of political will.

Since then, World Trade Organization (WTO) members were pushed by developing country governments and civil society groups to reaffirm that the protection of public health and the promotion of access to medicines for AIDS and other diseases must come before protection of intellectual property; the WHO set a goal that 3 million patients would be treated by the end of 2005 (known as the "3 by 5" Initiative); President Bush launched his Emergency Plan for AIDS Relief (PEPFAR); and additional price cuts have been announced by major pharmaceutical companies. Unfortunately, these have all had a much smaller impact on patient survival than their promotional material and promises would suggest. A close examination reveals these efforts to be largely red herrings - in 2005, WTO rules will strangle generic drug competition; PEPFAR has set up complicated parallel systems for disbursing funds and restricted use of these funds to more expensive US Food and Drug Administration-approved medicines. The WHO's noble 3 by 5 goal will not be met. But this should not be surprising as the purpose of these initiatives was not to respond to the real-life situation - the limited access of patients to treatment and the lack of a vaccine able to stop the spread of the pandemic. It is rather to protect, through public relations, the credibility and institutional interests of those that bear responsibility for the dramatic dearth of political will being focused on stopping HIV/AIDS.

In MSF's projects, we seized on the opportunity presented by the 2001 price cut in medicines to rapidly scale up our AIDS treatment programs. Today, we are treating 23,000 patients with ARVs in 27 countries. Our clinical results show that, contrary to popular misconception, our patients comply with their treatment regimen as well as, and in some cases better than, patients in developed countries. Our clinical results are good and treatment has transformed the lives of so many of our patients. The factors underpinning this success are: free treatment, prescribed mainly on the basis of clinical exams in order to do as few laboratory tests as possible, affordable fixed-dose combinations (which reduce the number of pills to be taken every day) from generic producers, major commitment to supporting patients in adhering to treatment, having treatment monitored by nurses due to the scarcity of doctors.

Still, this relative success remains extremely fragile. First, the total number of patients treated shows that the medical institutions that prescribe ARVs are very isolated, particularly in Africa. Although simplified, the treatment remains complex and expensive to provide (around $1,000 per patient per year in MSF's projects, including drugs as well as other expenses). We also know, through experience in the United States and Europe, that resistance to these drugs will inevitably develop. The reprieve won by the patients whom we treat will last only a few years. They are being kept alive through stopgap measures.

We are already beginning to lose ground. Beginning in 2005, WTO rules will come into effect that will make it extremely difficult for new molecules to be produced in low-cost generic form; those new medicines are needed to respond to the development of resistance to old treatment. In addition, there is an urgent need to devise treatment strategies, diagnostic tools, and medicines appropriate for precarious situations in which resources and doctors are in short supply. They need to be devised and made available to the practitioners, doctors, and nurses who need them most. For this, we must move mountains. We must overcome the obstacles posed by donors, international institutions, and ministries of health. Today, none of these actors has taken seriously the need to urgently expand research efforts aimed at answering the many clinical management questions that complicate treatment in poor countries and developing the kinds of tools we need today. Research is not everything, but it is the starting point.

Unfortunately, few concrete signs show that medical research is headed in this direction. Despite the epidemiological evidence, its main purpose is to partially satisfy the needs of a minority of patients living in rich countries. If it continues in this direction, our patients will not survive for more than a few years.

Positive advances have been made in recent years, but progress is limited. We, along with many others, have won a reprieve for thousands of people who would otherwise be dead because they could not afford drugs sold at criminal prices. But millions of others are still waiting for treatment in order to survive. A radical reversal of perspective is needed across the board to ensure that this wait is not in vain. The goal must be to treat the majority of patients who live in poor countries. The effort must not be limited to the minority of patients who live in the rich countries where international decisions are taken - decisions that too often portray the death of millions of people left untreated as a question of fate.