As the Ebola outbreak continues to spread, with 1,093 cases and 660 deaths now reported across west Africa, Doctors Without Borders/Médecins Sans Frontières (MSF) is stepping up its response in the most affected areas. While the number of cases in Guinea has declined significantly, in neighboring Sierra Leone and Liberia more and more people are being infected with the virus. With resources already stretched, health authorities and international organizations are struggling to bring the outbreak under control.

In Sierra Leone—now the epicenter of the epidemic, with 454 cases recorded so far—MSF is rapidly scaling up its response, with 22 international and 250 Sierra Leonean staff currently working in the country. In Kailahun, in the east of the country, the team is running a 64-bed Ebola treatment center. Since the facility opened on June 24, 131 suspected, probable, and confirmed patients have been admitted for treatment. So far, 12 patients have recovered and returned home to their families. An MSF psychologist is providing support and counseling to patients and their families, as well as to other MSF staff members.

MSF is also supporting the Sierra Leonean Ministry of Health and Sanitation (MoHS) at two referral sites in the villages of Koindu and Buedu in Kailahun district, where people with symptoms of Ebola are isolated before being transferred by ambulance to MSF’s center in town.

In the past three weeks, MSF has trained more than 200 community health workers to deliver essential health messages to people in their villages about how to protect themselves against Ebola and what action to take if someone shows any signs or symptoms of the disease.

MSF will now focus its efforts on halting the spread of the disease in the area straddling the Sierra Leone, Guinea, and Liberia borders, where the population is very mobile and people continue to transmit the disease to different villages. The team will scale up its health promotion and outreach activities in the villages in this area, and reinforce the alert system so that any new suspected cases can be identified promptly and transferred in MSF’s ambulance to Kailahun for treatment. 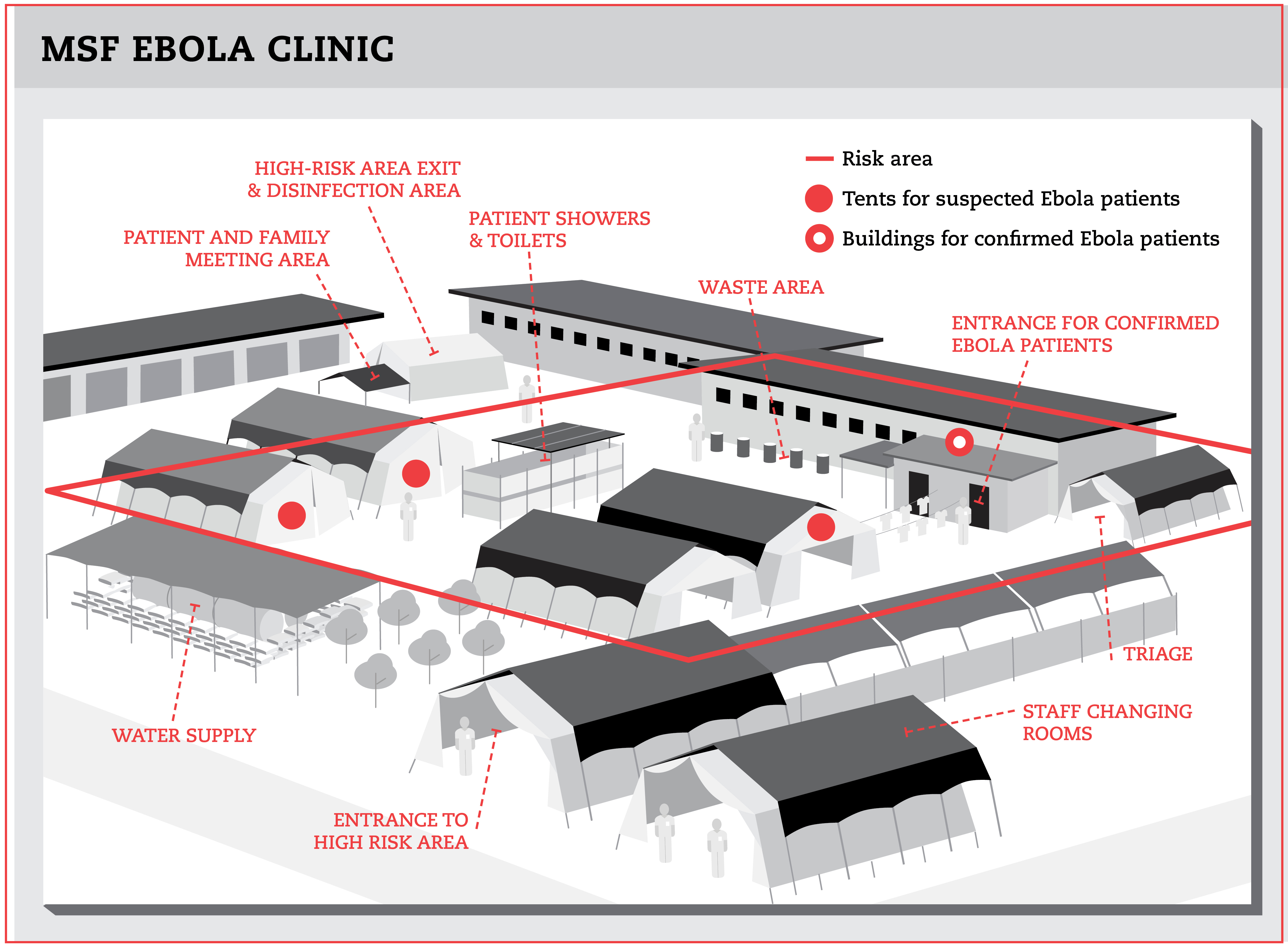 In Liberia, the situation is deteriorating rapidly, with cases of Ebola now confirmed in seven counties, including in the capital, Monrovia. There are critical gaps in all aspects of the response, and urgent efforts are needed to scale up, particularly in terms of contact tracing, organizing safe burials, and establishing a functioning alert system.

Already stretched beyond capacity in Guinea and Sierra Leone, MSF is able to provide only limited technical support to the Liberian Ministry of Health. MSF has set up an Ebola treatment center in Foya, in Lofa county in northern Liberia, where cases have been increasing since the end of May. After the initial set up, MSF handed over the management of the center to nongovernmental organization Samaritan’s Purse on July 8.

There are currently six patients admitted to the center and MSF experts continue to provide technical support and training to the staff there. The team will now shift its efforts to Voinjama, also in Lofa county, where there are reports of people dying of Ebola in their villages before being able to reach medical assistance. The MSF team will set up a referral unit for the Ministry of Health so that people suspected to have Ebola can be isolated and then transferred to the treatment center in Foya.

In Monrovia, an MSF emergency team—comprising an emergency coordinator, medical coordinator, one doctor, two epidemiologists, and two water and sanitation specialists—is constructing a new tented treatment center with capacity for 40–60 beds. It is scheduled to open on July 27 and will also be run by Samaritan’s Purse. Previously, the MSF team had already set up and handed over a 15 bed treatment unit at Monrovia’s JFK hospital to the Ministry of Health in April. However, the unit has since been closed and all patients are currently cared for at ELWA hospital in Paynesville until the new center is open at the same site. Currently there are 14 patients admitted to this center. The MSF team is also supporting the Ministry of Health in the overall coordination of the Ebola response and providing technical and medical guidance.

In Guinea, the situation has stabilized in some areas and MSF has closed its Ebola treatment center in Telimélé, in the west of the country, after no new cases were reported for 21 days. During seven weeks, 21 people with the disease were admitted to the center, with an astonishing 75 percent of patients making a recovery. Without medical care, as few as ten percent of patients could be expected to survive.

In the capital, Conakry, MSF is reducing its activities as far fewer cases are appearing. Currently the Donka treatment center has just one patient who is now recovering and should be able to leave the hospital by next week. MSF is planning to hand over responsibility for the center to the Guinean Ministry of Health by the end of July. Of the 59 confirmed Ebola patients admitted to the center since March 25, 63 percent recovered and were able to return home. However, cured patients continue to face stigma from their communities and even some of MSF’s Guinean staff prefer not to reveal where they are working for fear of being ostracized by their families.

In Guéckédou, in the southeast—the original epicenter of the epidemic—the number of patients in MSF’s center has declined significantly, with currently just two patients admitted. It is very unlikely, however, that this reflects an end to the outbreak; instead it suggests that infected people may be hiding in their communities rather than coming for treatment.

There continues to be significant fear surrounding Ebola amongst local communities and MSF teams have been prevented from visiting four villages due to hostility. MSF is working with local authorities and elders to try to ensure safe access to these areas in order to obtain a clearer picture of whether people are still being infected and dying of the virus. Since the beginning of the outbreak, MSF has treated 150 patients in its center in Guéckédou. The recovery rate in the Guéckédou centre has been lower than in Telimélé or Conakry, as people have been delaying coming for treatment.