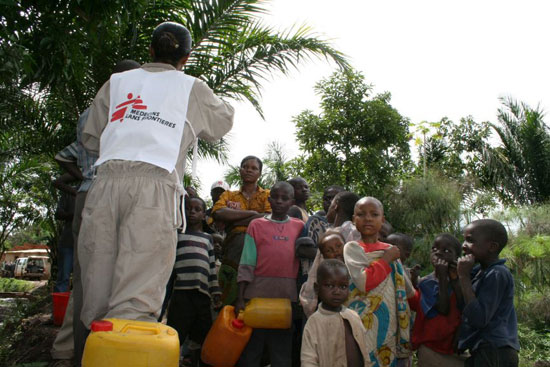 Since December 2007, cholera outbreaks have affected thousands of people in the cities of Lubumbashi and Likasi in southern Katanga province, Democratic Republic of Congo. For the last three weeks, however, the number of new patients at MSF clinics in these areas have been decreasing.

In Likasi, people are living with limited access to drinkable water and in extremely precarious hygiene conditions, especially in poor neighborhoods. MSF teams have worked to improve access to drinkable water and have raised awareness in the community about how to protect against cholera. A total of 2,012 patients have been admitted to the isolation unit, and 80 have died.

In Lubumbashi, MSF admits an average of 10 patients per day to two cholera treatment centers in the neighborhoods of Kenya and Katuba. A total of 3,222 patients have been admitted, and 61 have died.

The figures show a decrease in the numbers of new cholera patients and patient deaths in Katanga province over the last three weeks.

In addition to responding to several cholera outbreaks in Lubumbashi and Likasi, MSF has also treated 402 patients, 14 of whom have died, in Kolwezi, Katanga province.