For a measles vaccination campaign to be successful, 95 percent of the people within the area need to be vaccinated in order to stop the spread of the disease. But how do you perform the campaign if you’re not sure how many people need vaccinating?

Within a week of a measles outbreak being declared on the island of Idjwi in Democratic Republic of Congo (DRC), the Missing Maps community came together to provide vital details to allow Doctors Without Borders/Médecins Sans Frontières (MSF) teams on the ground to plan their course of action.

What is Missing Maps?

During a crisis, disaster, or epidemic, maps are crucial for aid workers to plan their response.

Following the Haiti earthquake in 2010, a lack of information about the layout of Port-Au-Prince led to the NGO community using OpenStreetMap software (a map of the world, where the data is created by its users) to plot roads, street names, and buildings. This information meant that people could receive vital supplies more quickly.

Missing Maps uses the same OpenStreetMap software used to crowdsource geographic information like in the example above, but with a subtle difference.

The Missing Maps project prioritizes mapping vulnerable areas prone to disasters and epidemics, so that maps are readily available to be used when they're needed.

Volunteers come together at "Mapathons" and help to locate buildings, roads, pathways, and water sources based on satellite pictures. This data is then combined with local knowledge and the subsequent maps are used by MSF teams on the ground to plan their operations.

"We went to Idjwi for three or four days and interviewed people in the health centers," says George Shirreff, an MSF epidemiologist in South Kivu, DRC. "While we were there we also encountered some children with measles. Towards the end of March samples were sent to Bukavu for testing. With three positive test results from the one health zone, a measles outbreak was confirmed by the Ministry of Health."

On Monday, Shirreff got in touch with Idriss Ait-Bouziad from MSF’s Manson Unit—a team of experts in the UK who aim to improve the quality of MSF’s medical programs worldwide.

"They knew the existing population figures weren't necessarily correct," says Shireff. "The previous census took place in 2010. With the movement of people over the years and with Idjwi being very rural, with no paved roads or easy access, it was difficult to know the population distribution [and] to be sure where the team needed to spend their time."

"Without an accurate population figure it would be impossible to know if you’ve reached the target coverage for a successful vaccination campaign,” Shireff adds.

By Wednesday, a Missing Maps task was put together to map Idjwi. As luck would have it, there happened to be a Missing Maps meeting happening that night in Glasgow.

"The Idjwi task had been made live for edits only about half an hour before our mapathon began," says Duncan Bain, the organizer of the Glasgow mapathon. 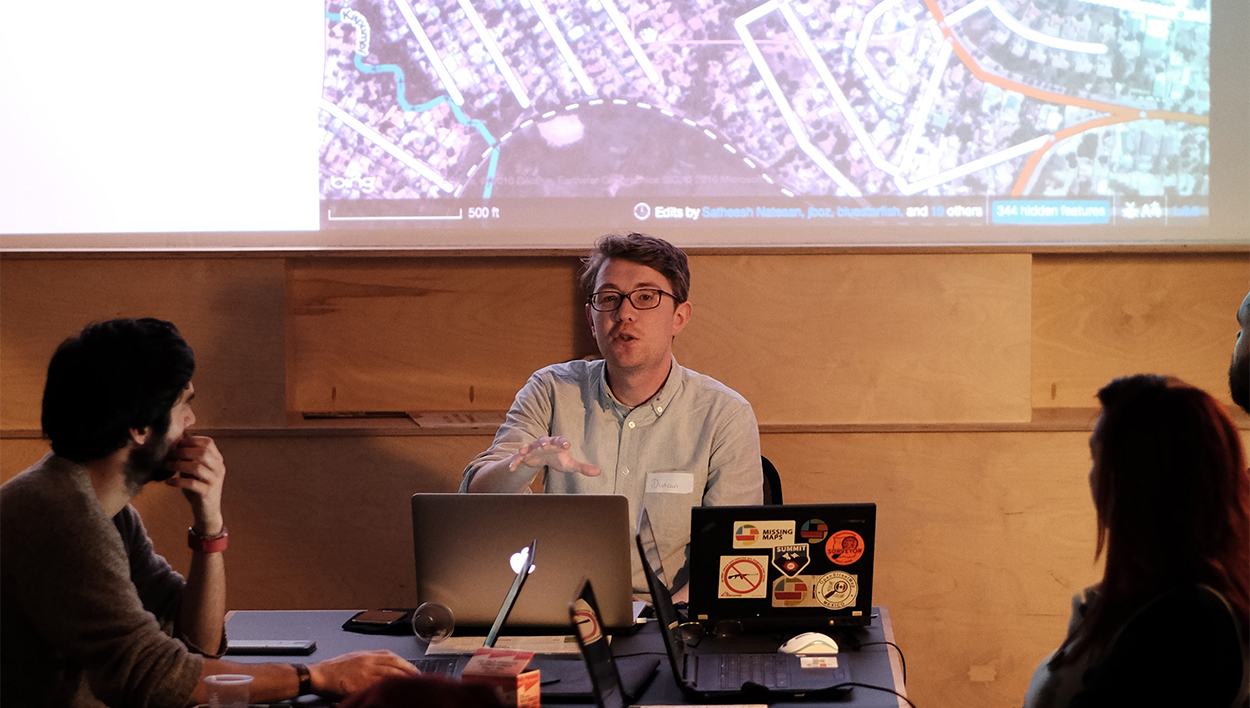 "The task brief was to map buildings in Idjwi," says Bain. "The task area was quite small; it was divided into sections to allow each of our mapathon participants to pick an area to focus on. Participants traced over satellite imagery of the island, looking out for shapes that stood out from the landscape.

"There were about 15 participants. A few are long-time Missing Mappers who make it along to most of our events and a few were new faces.

"The event ran from 6:00 p.m. till 9:00 p.m. In just three hours’ time we were able to map every section of the task, starting completely from scratch! This is the first time we had hit 100 percent during a single event."

The success of the Glasgow event meant the Missing Maps team could take advantage of a huge, seven-strong university mapathon taking place in Belgium that week.

"Because the Glasgow mapping group managed to get the first task done so quickly, we realized that with the seven mapping parties in Belgium happening it would be possible to get the whole island mapped," says Ait-Bouziad. 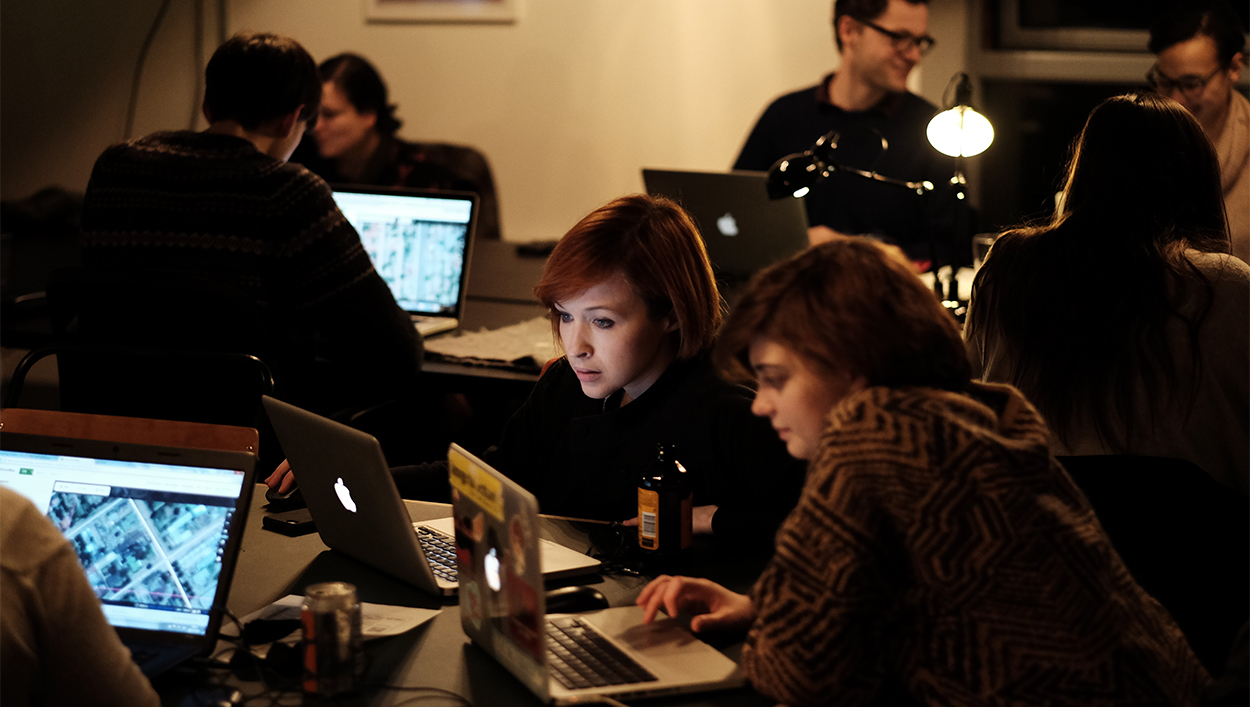 Joost Schouppe was the organizer of the mapathons in Belgium. "We were originally planning on mapping parts of Swaziland," he says. "The Missing Maps project coordinator got in touch and put forward the Idjwi Island task. I then put the arguments for and against doing this rather than the original task to the participants and everyone was up for taking action."

New tasks were built in OpenStreetMap to cover the entire area of interest for the vaccination campaign.

"We had around 230 volunteers in total from across seven universities," says Schouppe. "Not everyone had mapping experience so with the help of OpenStreetMap Belgium we organized the events with training provided by experienced volunteers.

"We had three tasks for Idjwi, but two parts of the images were quite cloudy. I was worried, but as I thought to myself, 'we’re going to have trouble doing this,' I checked and saw that we were 80 percent done. Within two hours we’d completed the task and 50 percent of the work was validated too—as it is best to validate as people map.

"We made such good progress it meant we had time to complete the Swaziland task we had planned originally."

Experienced mappers validated the remaining work, making sure the data was accurate. All the buildings on the island were mapped—28,000 in total.

The maps were being used by MSF staff in the field on the following Wednesday, one week after the mapping task was put together.

How are the maps being used?

"Vaccination campaigns are 80 percent logistics," says Shirreff. "I ended up using the Missing Maps data to estimate population sizes, and validate the estimated population. The maps helped to identify where villages are and allowed the team to identify a logistical base and sites for vaccination, and, importantly, where vaccines could be left in a cold box for the cold chain."

The cold chain is the process of shipping and storing vaccines kept at temperatures between 35°F to 46°F from the point of manufacture until reaching the recipient.

"Without the maps you may get to a village expecting there to be 2,000 people and find there are actually 5,000, which would obviously impact the cold chain," adds Ait-Bouziad. "Without the maps it would have been more difficult to be sure of how many children could be expected at each vaccination site each day—this impacts the cold chain because knowing how many ice packs and cold boxes are needed each morning is key to having enough vaccines at the right moment."

The result of the post-vaccination coverage survey showed that 94.8 percent of the target age group were vaccinated—an excellent result. 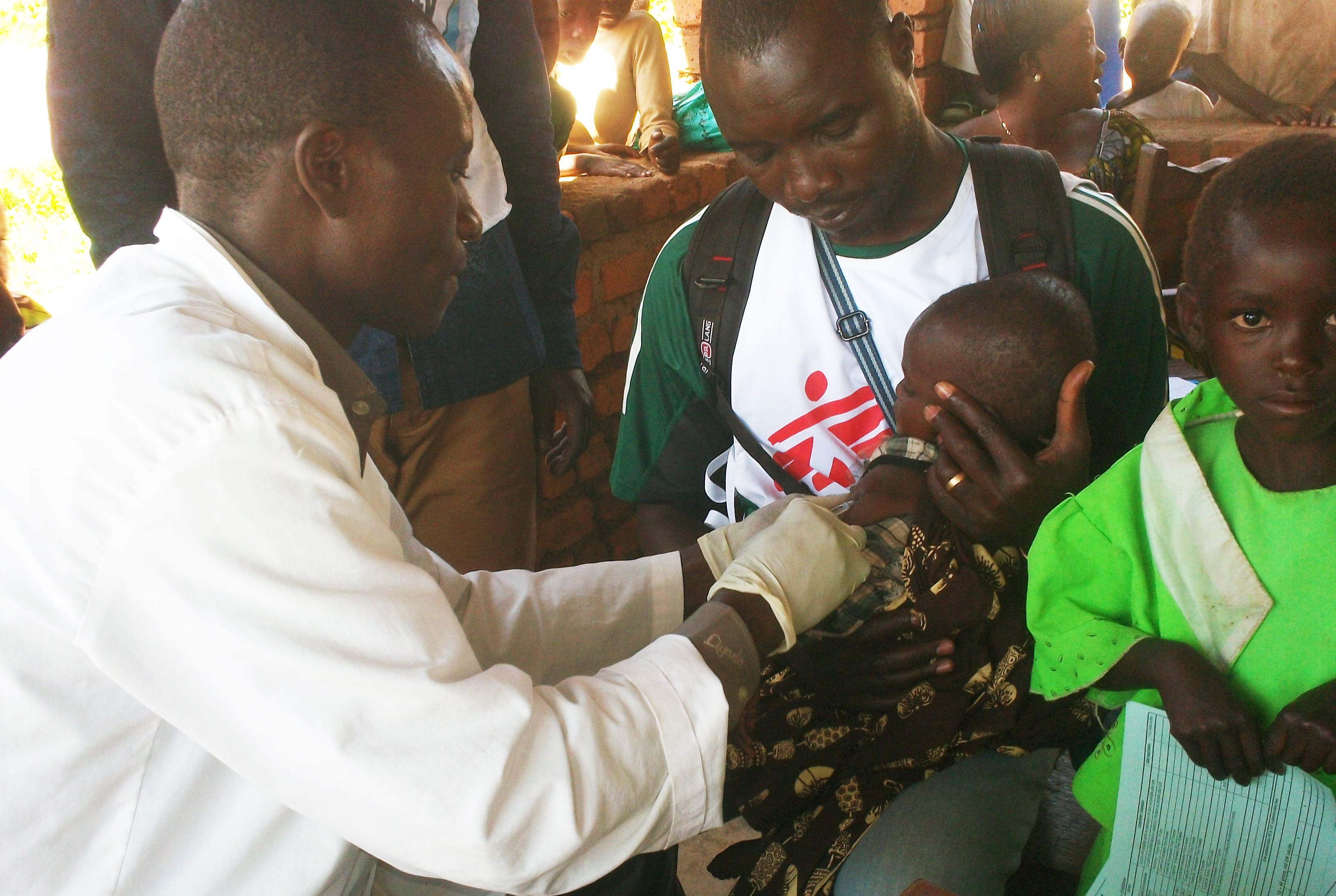 The Idjwi example highlights the need for the Missing Maps project.

Without the Glasgow and Belgium mapathons, it’s not clear how long mapping Idjwi would have taken.

Missing Maps aims to map remote, vulnerable areas such as Idjwi in advance of such outbreaks so the maps already exist and can help organize the aid effort straight away.

"It's a really energizing experience, knowing that the maps you are creating have such a tangible effect on the important work of MSF and the other Missing Maps partner organizations," said mapathon organizer Bain.

"People are very keen to take part because the outputs are so important, and the whole process offers a fantastic middle ground of support between donating to MSF and volunteering as part of [the organization's] field operations."

Want to become a part of the Missing Maps team?

A vaccination against measles is prepared in a health post in Katanga, DRC during a mass vaccination campaign bty MSF in the area. The disease has been particularly devastating on younger children. More than 77% of children who have become sick are between one and five years old.
Juan Carlos Tomasi/MSF