MSF teams were already at work in the area, providing medical care to 20,000 displaced people. This second wave of displaced people arrived in August, and MSF set up three new health centers. 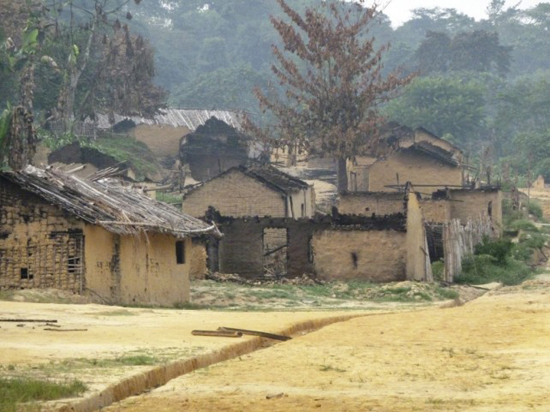 Some 25,000 people have been forced to flee thier villages in the Shabunda area of South Kivu.

Thousands of people have been forced to flee their villages in the Shabunda area of South Kivu Province, Democratic Republic of Congo (DRC), due to heavy fighting between the Congolese armed forces (FARDC) and other armed groups. Doctors Without Borders/Médecins Sans Frontières (MSF) is responding to the urgent needs of displaced people in this isolated area by providing emergency medical care, as well as treatment for cholera patients.

Since the beginning of August, there has been intense fighting in the northern part of South Kivu. More than 20 villages have been burned and looted, and more than 25,000 people have been forced to abandon their homes, in fear for their lives, seeking refuge in the towns of Shabunda and Katshungu and in the surrounding bush.

MSF teams were already at work in the south Shabunda area, where they had been providing medical care since late June to 20,000 displaced people. When this second wave of displaced people reached the Katshungu and Shabunda regions in early August, MSF was quick to respond, setting up two health centers in Shabunda—in the areas of Mbangayo and Lupinbi—and another center close to the hospital in Katshungu.

“Since we opened these health centers, our teams have been seeing large numbers of patients every day. They are carrying out around 200 consultations per day in each health center,” said Patrick Wieland, MSF’s head of operations for DRC. “Mainly we are seeing respiratory tract infections, sexually transmitted infections, and worms, related to the displaced people’s bad living conditions.”

Cholera has also broken out in the town of Shabunda, due to a lack of clean water and the poor conditions in which the displaced people are living. MSF teams responded to the outbreak, which began on August 17, by immediately setting up a cholera treatment center in Shabunda’s hospital, where they are seeing more than 30 new patients each day. As of August 29, MSF teams had provided medical care to 290 cholera patients. Two people have died from the disease. Most of the cholera patients are displaced people living with host families in the town, though some come from surrounding areas.

With the number of cholera cases continuing to increase steadily, MSF plans to scale up its activities, despite some major challenges. “The biggest challenge that we are facing is logistical,” says Wieland. “Shabunda is a very isolated area, and the only way to get our staff and medical supplies there is by cargo plane. Because of the cholera outbreak, we have already sent three planes with around 8,200 kg (nine tons) of supplies, and we plan to send onemore plane carrying two tons of supplies, and probably a car too. There are no cars in Shabunda, and the roads are in a very bad condition, so our teams move around on motorbikes or bicycles.”

MSF is currently the only humanitarian organization providing emergency medical care in the Shabunda region. Mostly due to the logistical challenges, humanitarian aid is difficult to bring to this isolated area. “The medical needs of the displaced people in the Shabunda area are enormous. More needs to be done to respond to this emergency,” Wieland said.