Field Blog: "Never Say 'It Sure Is Quiet'" 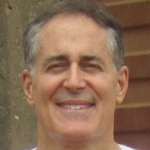 The first part of my day on call yesterday was mind-numbingly dull. There are quite a few patients in the hospital right now so it took some time to make morning rounds. A couple of patients came in during the day but they were spaced out and neither presented any real problems. I had time to work on some of the statistics that we’re expected to keep so we can track things like infection, Cesarean, and maternal deaths.

And then it all went to hell.

An ambulance showed up around 9pm, just after all the backup help had left for the day. I was getting ready to find something to eat and had just told the ER doctor – who asked me, “Busy today?” – that it had been a quiet day when I got the call from Labor and Delivery that I was needed “stat” and then the phone line went dead. Cell reception around here is the worst so if the phone rings and there’s nobody there I head to Labor and Delivery anyway. They were unloading a patient from the ambulance when I got there a couple of minutes later. She was writhing in agony, sweat pouring down her face, clearly in horrible pain. Her forehead was furrowed, her eyes open so wide that the whites took up more space than the irises and her mouth was wide open in a rictus of pain even though no sound came out. She was clutching her abdomen which stood out like a giant basketball.

We got her into an exam room. She was unable to stand but tried to help us as much as she was able. When I put my hands on her abdomen (after putting on gloves; we’re not supposed to put hands directly on patients because of the Lassa Fever risk and we have to wash our hands after we take off the gloves) it was as hard as a rock. I thought the placenta had probably separated while she was in labor and she was now losing blood into her uterus, making it react by going into a constant, unrelenting contraction. I used the ultrasound to inspect the pregnancy and found, not surprisingly, that the full term baby was no longer alive. There was also a lot of free fluid in her pelvis raising the possibility of a catastrophic uterine rupture.

Her heart rate was way too fast but her blood pressure was maintaining itself at a decent level. Blood work was drawn and I asked the nurse to explain to her that we needed to take her to surgery, that the baby had died and it looked as though she might be bleeding internally. I also told her, through the nurse, that there was a possibility the uterus had ruptured during labor and if it had then we might need to remove it. She was 21 years old and this was her third pregnancy. She had two living children. She started crying, almost screaming, maybe a combination of the pain and the emotion, and then looked at me while she was talking to the nurse. The nurse translated that she wanted to have more children and she asked if I would do everything I could to repair the damage. I told her I would be as conservative as I could but that there was a real possibility that the uterus might have to be removed to save her life and she accepted that with a nod, closing her eyes until she once again grabbed her abdomen and arched her back in pain.

We got her into the OT pretty quickly and under ketamine anesthesia, which is so disconcerting because the patient is staring, tracking with her eyes, occasionally moaning or talking. I opened her abdomen and found about 500cc (2 cups) of blood but no sign that the uterus had ruptured. I opened the uterus and removed the baby but after delivering the shoulders I couldn’t pull it out any further. At first I thought the baby or even the uterus might have some sort of growth that was preventing the baby’s removal but it was obvious soon enough that the uterus had ruptured on the BACK side and the baby’s legs and buttocks were hanging out of the site where the uterus had ruptured. After that the uterus, in a last ditch effort to control the bleeding, had clamped down and the baby was locked in an iron grip by the muscle wall of the back part of the uterus. By pushing the legs and buttocks through the incision with the help of my assistant, and at the same time pulling from the incision I’d made on the front side of the uterus, I was able to get the baby out, deliver the placenta, and finally inspect the damage.

If a small explosive had been placed in the back of the uterus I don’t know that it could have done much more damage to the tissues. They were full of hematomas, blood trapped in tissue like the juice in an orange, but the hematomas were continuing to grow as more blood pumped into them. It is almost impossible to sew through blood filled tissue; it shreds like tissue paper. And unless you stop the source of the bleeding it will just continue to become more and more full of blood. At that point I was thinking I was going to have to take the uterus out but decided to try at least for a few minutes to save it. I trimmed away all of the ragged tissue and hematomas, starting fresh bleeding from the newly exposed blood vessels. I placed clamps along all of the edges to stop the bleeding. The rupture extended vertically down the back of the uterus through the thinnest part down into the cervix but the edges were now clean and easy enough to see. I sutured them closed, restoring the normal anatomy as best I could, and then put another layer of sutures over the first layer pulling the muscle layers back together. And amazingly the bleeding stopped and the uterus looked pretty damned good! After watching it for a few minutes and seeing no fresh bleeding I closed the incision through which I’d removed the baby, inspected the abdomen for evidence of any other bleeding, and three and half hours after opening, we closed.

In so many ways this patient is so so lucky. If she had ruptured out to the side of her uterus instead of towards the back she would’ve torn one of the uterine arteries and the bleeding might have ended her life. As it was her uterus controlled the bleeding that might have been catastrophic and gave us time to repair the damage. And even though we were able to save her uterus she now has a much higher risk of a uterine rupture in future pregnancies. I explained to her that it was important that she get to the hospital as soon as she has contractions in future pregnancies. I gave her a piece of paper that explained what we had done so she could present it to whoever cared for her in the future.

She looked good this morning when I left, making plenty of urine, hemoglobin over 6 which will probably mean she can get by without a transfusion, and was alert and oriented when I went by to see her. The nurses had told her that we had not had to take out her uterus and she told me very emphatically, as if she had been rehearsing the lines (she does not speak English), “thank you”. I’ll tell you, after a night like that those words were enough to bring tears to my eyes. When you’re in the middle of an operation like that, when it’s something you’ve never had to do and there’s nobody to call for help, you feel kind of isolated. I feel confident that I can handle most things but I don’t delude myself that I can handle everything and I know that even when I’m at my best that it’s possible to make errors. So “thank you” meant a lot. She touched my gloveless hand, I grabbed hers and said “you’re welcome”, confident that even though she might not know the words she would catch the sentiment.

And after I was out of her sight I washed my hands because you never know when the infection control police are watching.