Between May 10 and 21, airstrikes and shelling from Israel killed more than 250 people and left close to 2,000 injured in the coastal enclave of the Gaza Strip. In the space of just 11 days, many Gazans saw their homes and their livelihoods destroyed and suffered long-lasting physical and psychological injuries. In Israel, rockets and other projectiles fired from Gaza claimed 12 lives, including a child and a teenager, and wounding more than 700 people. 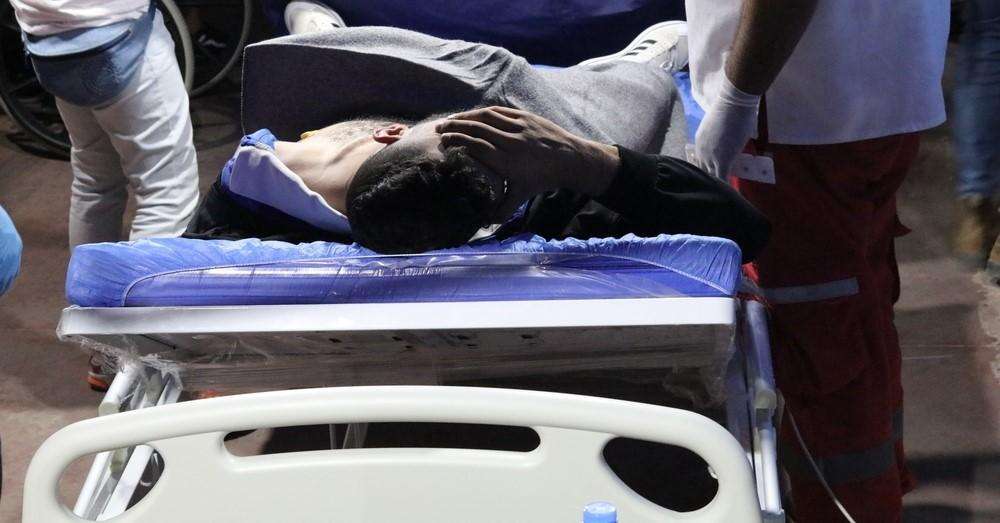 The Strip’s vital infrastructure, including roads, water and sanitation networks, and health and educational facilities—many of which were already impacted by previous Israeli offensives—were also damaged or destroyed. Half of the electricity lines in Gaza no longer function and more than a dozen medical facilities, including the central COVID-19 testing lab, were damaged.

Scaling up the medical response

“Gaza is in a constant state of humanitarian crisis due to the long-running blockade, and the escalation of violence over recent weeks has compounded an already catastrophic situation,” says Helen Ottens-Patterson, Doctors Without Bordres/Médecins Sans Frontières (MSF) head of mission in Gaza. “A ceasefire has held for the past week, but we are very worried about how people are going to cope and rebuild what has been destroyed.”

Gaza is in a constant state of humanitarian crisis due to the long-running blockade, and the escalation of violence over recent weeks has compounded an already catastrophic situation.

Throughout the offensive, MSF’s teams in Gaza worked in very dangerous conditions and at times were unable to run some regular services. One MSF clinic in Gaza city was damaged by airstrikes and put out of service for a few days, but outpatient consultations at the clinic resumed on May 20. Since the bombing stopped, MSF has scaled up all of its regular activities.

Al-Awda hospital, where MSF runs a surgical unit, was damaged by the impact of three airstrikes, which destroyed three nearby buildings in Gaza’s Jabalia district. Our logistics office in the hospital was damaged, as were windows and other infrastructure in the hospital’s wards.

During the offensive, MSF teams worked in Al-Awda hospital’s emergency room and operating theaters, carrying out more than 100 surgeries on patients wounded by missile strikes and shelling. We also donated medical supplies to the Ministry of Health to support other health facilities treating the injured.

With Gaza’s only COVID-19 testing lab damaged, the COVID-19 situation is a cause for concern.

“We don’t have clear visibility of the COVID-19 situation, as the only coronavirus testing lab has been damaged. We are worried that there could soon be a new surge of COVID-19 infections in Gaza,” says MSF medical team leader Tatiana Chiarella. To help prevent the spread of the virus, MSF has distributed face masks and hand sanitizer to people displaced by the bombing who are sheltering in schools.

“It was the first day of Eid,” recalls Hani, 26, who was returning home after shopping in preparation for the celebrations at the end of Ramadan. “I was about to open the door of my house when a missile hit a building nearby.” Hani and one neighbor were severely injured in the bombing while two other neighbors were killed outright.

With the bones in his lower leg shattered by a piece of debris, Hani was unable to move, so he covered his head and waited for the bombing to end. He counted four distinct strikes before the bombing stopped and paramedics arrived to take him to the hospital. Ten days after the incident, the life-changing nature of his injuries is hard to accept. Hani will require multiple rounds of reconstructive and plastic surgery before he can walk again.

“This recent violence has created a huge cohort of new patients who will be facing disability and multiple rounds of surgery over the coming months and even years,” says Ottens-Patterson.

During the offensive, many people in Gaza were unable to access medical care as stocks of medications and medical supplies ran low.

Mohammed, 31, is back in the hospital as a result of these shortages. Shot in the leg during the Great March of Return protests in 2018, Mohammed underwent more than 30 rounds of surgery over three years. In May, he finished treatment for a bone infection and was discharged. But then the offensive started.

“The pharmacy increased its prices when the bombing began so I could no longer afford dressings or medication,” he says. Now his wounds are severely infected again and he is once again in the hospital. Speaking of the most recent Israeli bombardment, he says, “It was 11 days of massacre. That’s what it was.”

It was 11 days of massacre. That’s what it was.

Mohammed, a patient at Al-Awda hospital

Some medical supplies ran out completely. The Erez entry point from Israel into Gaza remained closed for 10 days straight, so there was no opportunity to replenish medical stocks in facilities treating the wounded. Additional MSF teams bringing much-needed medical supplies such as blood bags for hospitals were finally able to enter the Gaza Strip on May 24. But getting medical teams and supplies into Gaza remains a challenge, where shortages of basic items, certain medications, and services such as electricity and fuel were commonplace even before the recent offensive.

“I’m only 23 years old,” says Mohammed, another patient whose arm and leg were shattered by a bomb as he returned from his farm. “I want to think about a bright future, but all I can think about is war.”

MSF has been providing surgical and post-surgical assistance to victims of burns and trauma in Gaza for almost 15 years. In 2018, we began offering reconstructive and orthopedic surgery, dressing changes, physiotherapy, health education, and psychosocial support to thousands of Gazans injured in the Great March of Return protests. Many have complex and severe wounds that require repeated surgical interventions, treatment for infections, and intense levels of follow-up and rehabilitation.

MSF’s project is crucial since Gaza’s local health care system is overstretched and underfunded and deeply impacted by a blockade that has been in place for more than a decade.

The occupation and associated violence continue to have a profound impact on the mental health of Palestinians. Our teams offer psychological support in Hebron, Nablus, and Qalqilya in the West Bank. These services were adapted in response to the COVID-19 pandemic, with remote counseling by phone temporarily replacing in-person support sessions. In late 2020, we also began to run mobile clinics to provide health care in remote communities in the south of Hebron district.