Gaza: A Year After the War, Life is More Difficult Than Ever 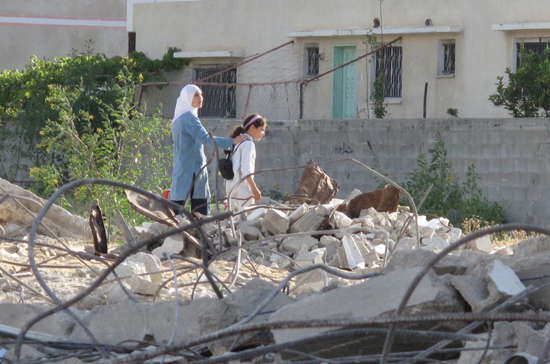 A year after the Israeli military's Operation Cast Lead was launched on the Gaza Strip, homes and other buildings have yet to be rebuilt.

The Israeli military operation, Cast Lead, began on December 27, 2008. It involved intensive aerial bombing of the Gaza Strip and a land offensive launched on January 3, 2009. The operation was carried out to stop rocket fire into Israel and to prevent weapons from reaching Hamas, specifically by destroying tunnels dug under the Egyptian border. The Gaza War ended on January 18, 2009, after a 22-day offensive. It took a serious toll, leaving 1,300 Palestinians dead—including 900 civilians, 300 of whom were children—and wounding an additional 5,300 people, according to the United Nations.

Although the problems facing the Palestinian health sector in Gaza are even more serious today after this episode of extreme violence, these are problems that were ongoing before the war. From MSF's perspective, the situation in Gaza continues to deteriorate a year later as a result of a combination of political and economic factors:

The quality of health services, already fragile, continues to decline 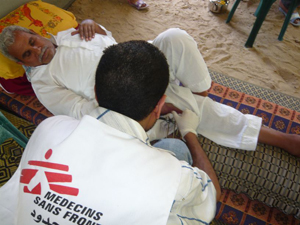 More than 5,000 people were wounded during the January war. Many are disabled and the only rehabilitation center in the Gaza Strip also finds it difficult to import materials and components required to manufacture artificial limbs. The waiting time for a prosthetic now extends to mid-2010. Even as the 150 disabled patients await theirs, unexploded munitions continue to kill and wound.

"Two children have been killed and at least three wounded while playing with these weapons," says Jean-Luc Lambert, MSF’s head of mission. "One year later, the children of Gaza are still losing their lives to the war."

Individuals who were disfigured or burned should be able to obtain plastic surgery and post-operative care. However, Gaza's only plastic surgeon struggles to treat them all, even as domestic accidents and inter-Palestinian clashes produce additional victims.

It is estimated that 40 percent of patients with a chronic illnesses could not obtain their medical treatment during the January offensive, as life-threatening emergencies received priority at that time. This has had a long-term impact on their health.

"Chemotherapy, which often combines three drugs although only two are available in Gaza, is partially available," Lambert says. "And while 30 percent of the cancers in Gaza are breast cancers, we cannot import the chemical used for the X-rays required for mammography."

Patients who cannot be treated in the Gaza Strip should be cared for outside the territory, but requests for authorization to travel are so complicated to obtain – on both the Israeli and Palestinian sides – that some cannot leave Gaza in time to arrive for their appointment.

The psychological impact is difficult to assess

The psychological impact of Operation Cast Lead is difficult to assess. MSF's team of psychologists must respond to a surge of requests. The waiting list is long. Children are particularly affected; many display behaviors such as school absenteeism and failure, aggression, and bedwetting.

Domestic violence has become a major social problem. During the war, the lack of safe shelter providing protection against almost non-stop bombing and the continued sealing of the borders have trapped the civilian population, placing people in a very vulnerable position. They have lost all sense of security, which is fundamental to general psychological well-being. The World Health Organization estimates that between 20,000 and 50,000 people will have long-term illness following the offensive.

During Operation Cast Lead, crucial electricity and water infrastructure and the sanitation system were targeted and partially destroyed. There is just one power plant left in Gaza. Sixty percent of energy needs are met by buying electricity from Israel and Egypt. Power outages – which last from four to eight hours – occur every day and 10 percent of the population has no electricity at all.

The water system is also extremely fragile and 90 percent of the water provided to Gaza residents fails to meet WHO safe drinking water standards. Every day, approximately 80 million liters of wastewater go untreated and are discharged into the Mediterranean, posing risks to health and the environment – particularly fishery products. Water-related illnesses, such as acute diarrhea, are increasing. No major reconstruction or repair of this public infrastructure has been performed to date.

“The blockade must be lifted today,” says Lambert. “It's urgent. Everything is lacking, including books and pencils. Hospitals and schools have no more windows or roofs. Everything must be rebuilt—houses, health facilities, public infrastructure. Then the population will be able to rebuild itself, both physically and psychologically.”