Athens/New York, July 13 2020—As part of a poorly executed plan to decongest overcrowded refugee camps on the Greek Islands, the Greek government has begun to evict thousands of vulnerable refugees into the streets, cutting them off from cash assistance and leaving them without access to shelter, protection, or adequate health care, the international medical humanitarian organization Doctors Without Borders/Médecins Sans Frontières said today.

“We have patients with serious medical conditions who are being abandoned, while women in an advanced stage of pregnancy are sleeping in Victoria Square in central Athens,” said Marine Berthet, MSF medical coordinator in Greece. “In the middle of a global pandemic, governments should be protecting and shielding people at high risk of COVID-19, not throwing them out onto the streets and leaving them without protection, shelter, or access to basic healthcare.” 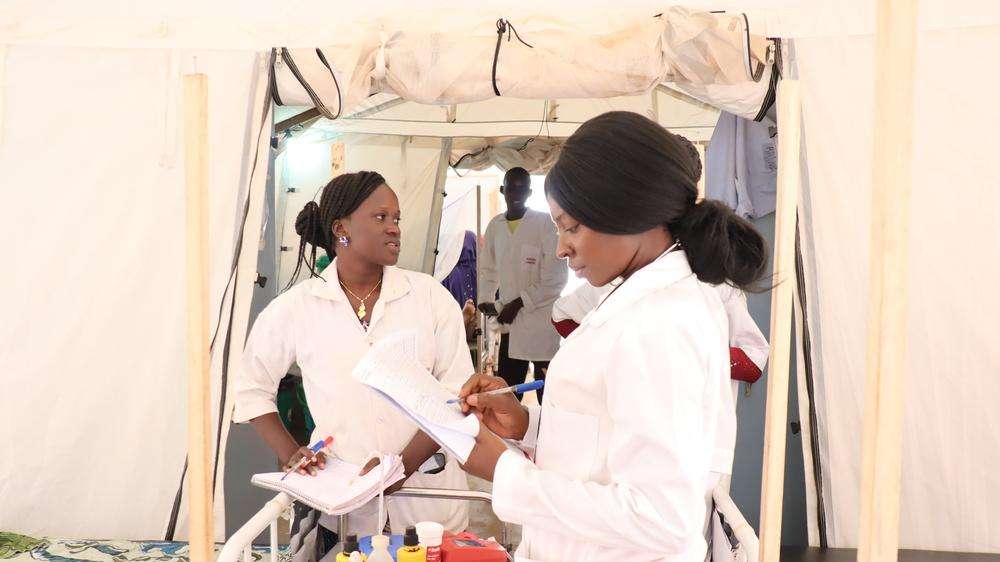 At least 30 of MSF’s patients with serious medical conditions have either been evicted or notified of eviction and now face the prospect of being homeless and cut off from cash assistance. In June, Hadla, a 59-year old woman who had fled the war in Syria, died from a cardiac arrest after moving to another camp because of an eviction notice.

“Our patient who died was paraplegic and had multiple serious medical conditions, including diabetes and cardiovascular disease, yet she had been threatened with eviction on multiple occasions,” said Berthet.

“I told them that my mother is terribly ill,” said Dalal, Hadla’s daughter. “I showed them the medical files, but they told us that they cannot do anything about it, and that the decision had come from the ministry. We didn’t know what to do, we didn’t want to leave the house as we were so afraid for my mother, but at the same time we were constantly worried that the police would come to kick us out on the streets.”

Hadla’s family decided that their only option to protect their mother was to send her away from their apartment in Athens to Schisto refugee camp, where Hadla’s son was living in a container with 12 other people. When they moved Hadla, her condition worsened. “That night she was vomiting, and she couldn’t speak. The next day she had a cardiac arrest and she passed away there in the container,” said Dalal.

“[Hadla’s case] is just the tip of the iceberg,” says Berthet. “We have patients with cancer, survivors of torture, single mothers with chronic diseases, and pregnant women who are essentially being told to sleep [on the streets] without any support.”

Many of MSF’s patients with serious chronic diseases have had their possessions removed from their accommodation and been told they must leave without any indication of where they should go. Dozens of other patients have been notified of eviction and had their cash assistance stopped, despite their vulnerable states. Meanwhile, the city squares are filling up with refugees with nowhere else to go, including children, pregnant women, newborn babies, people with severe chronic conditions and survivors of torture and sexual violence.

In June this year, Greece’s Ministry of Migration and Asylum pledged to cut spending on the housing program for asylum seekers by up to 30 percent. But in February, the Greek government was granted European Union (EU) funds to enlarge the accommodation program on the mainland—so far no extra accommodation has been made available.

In response to the hundreds of refugees sleeping on the streets of Victoria Square in Athens, MSF is referring those most in need of medical care to its Day Care Centre in Athens. However, their most basic needs are not being met.

MSF urgently calls on the Greek government, the EU, and all organizations involved in providing shelter, to find immediate accommodation solutions for all refugees currently sleeping on the streets of Athens, and to halt evictions of refugees until all barriers that would allow refugees to integrate into society—including barriers to accessing language courses, social welfare benefits, and health care—are lifted.