Doctors Javier Lopez de la Osa and Lenin Martínez Aguilar work in the Doctors Without Borders/Médecins Sans Frontières (MSF) mobile clinics in Guerrero state, Mexico. Each month they visit communities affected by violence related to the drug trade across the state, in the Tierra Caliente, Norte, and Centro regions of Guerrero. The mobile clinic teams comprise doctors, nurses, psychologists, and logistics specialists. In this interview, Lopez de la Osa and Martínez Aguilar talk about how the ongoing violence is impacting health care in the region. 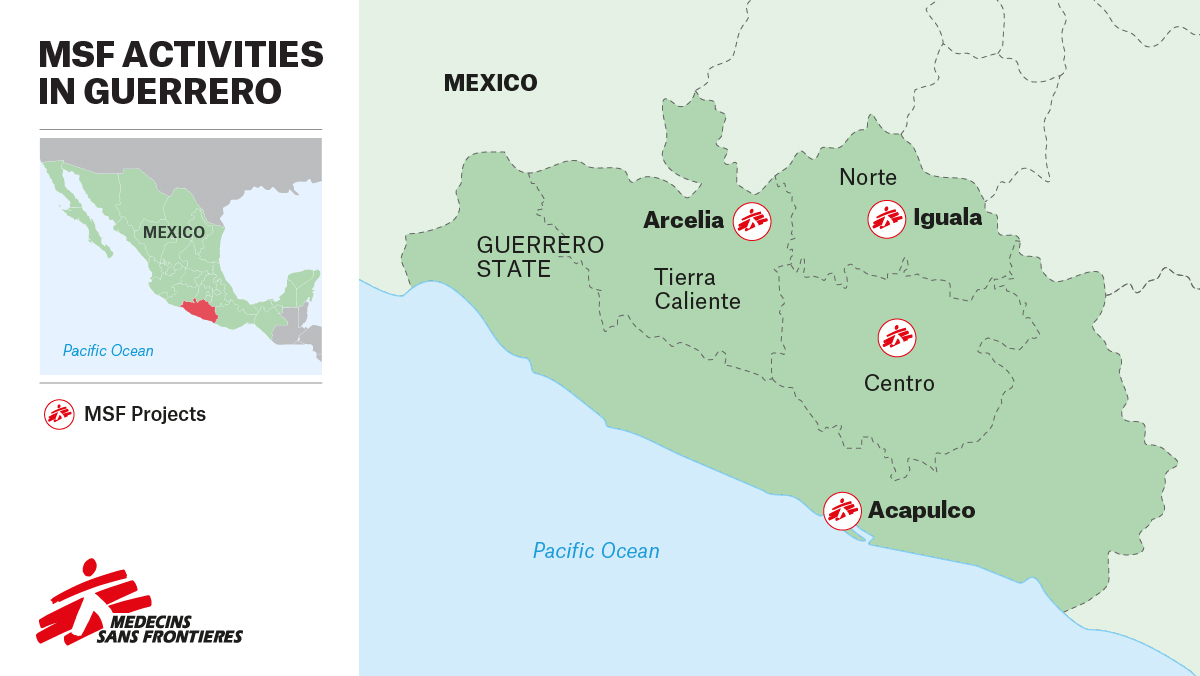 What are the most common illnesses treated by the mobile clinics?

Javier Lopez de la Osa: A lot of our patients cannot access basic health care because of the violence in the region. Coupled with problems of ingrained poverty, we see a real lack of follow-up care for pregnant women, which can lead to serious complications and even death in childbirth.

There are hardly any services for chronic diseases like diabetes and high blood pressure. Without medical care, conditions that were previously well-managed get progressively worse and eventually become acute, severe, and—in some cases—life-threatening.

Lenin Martínez Aguilar: A lot of people in the region are subsistence farmers, eating what they grow. During certain times of the year, when the crops run out, we see children and elderly people suffering from malnutrition. We are also extremely concerned about psychiatric patients, because the job of caring for them, often without the right medication, falls on their families who are already struggling.

We are also seeing the re-emergence of traditional medicine, which is becoming more popular with the community. This can be difficult and lead to health complications if the treatments are not safe.

We also see a lot of symptoms like headaches, random body pains, and problems with sleeping. When you dig a little deeper, you realize these are psychosomatic symptoms brought on by the fear of violence.

Many towns are now isolated because of that violence. How does this impact the population and their access to health care?

JLA: As well as the serious psychological impact of the violence on people living in the region, access to health care is restricted by the invisible borders created by criminal gangs.

People from small villages find it difficult to reach the main hospitals in the state. This means that follow-up care, especially for serious and chronic diseases, is really limited.

Patients also tend to hoard medicine, often asking for more "just in case" or for extra supplies for the next few weeks. People are trying to avoid leaving their homes because they are scared of the roads. Many people cannot go out at night and transport is very expensive, so they avoid going to hospital as much as possible. 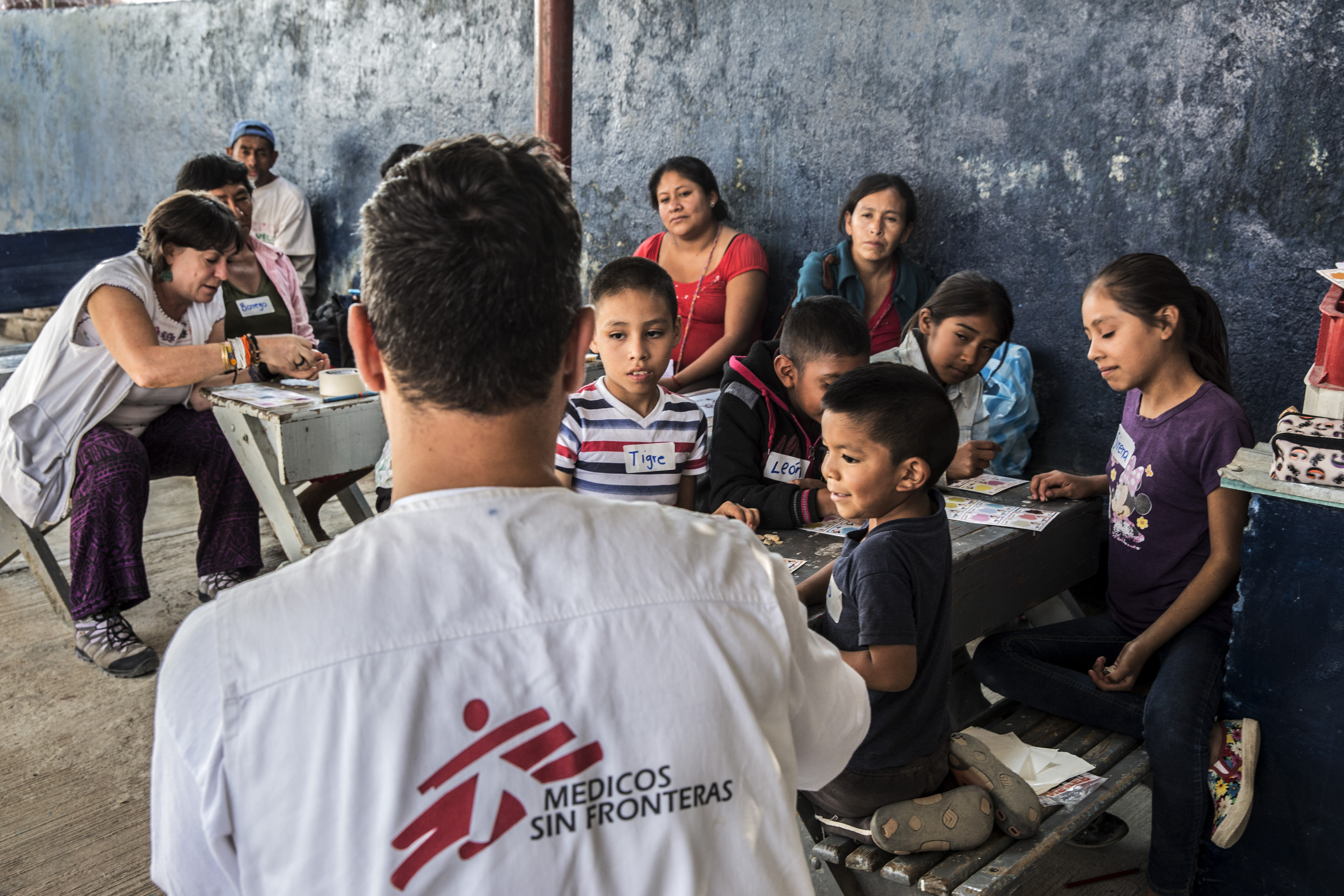 Which patient stories stick in your mind?

LMA: There was a 55-year-old woman who I regularly saw in the mobile clinics. One day I tripped over in the consultation room, fell on the floor, and I don’t know how but I got my head stuck between the table and the wall. We couldn't stop laughing and that gave us a certain bond. During the Day of the Dead festival I saw her again and she looked sad. She told me that her only son, who was about my age, had disappeared three years ago. She did not know what happened to him and whether he was alive or dead.

I am always really surprised at how polite people are. I remember one man in particular who came to the clinic with severe muscle pain in his shoulder. I asked him if the pain was because of physical work and he said it was. He wouldn’t tell me anything else. Later we found out that he was a hit man. Of course, we treat everyone the same. But I wonder if it would be better not to ask sometimes.

JLA: The team’s saddest day was when a lady who usually serves us food in one of the towns we visit arrived at the clinic with her grandson. He was six or eight years old and dressed very smartly in a suit and tie. The lady told us, "He’s going to see his parents today." We found out that the boy's mother and father had been kidnapped and murdered, their bodies left by the side of the road. This woman was taking her grandson to see their graves (also for Day of the Dead). The whole team fell silent. It was one of the most heartbreaking days. 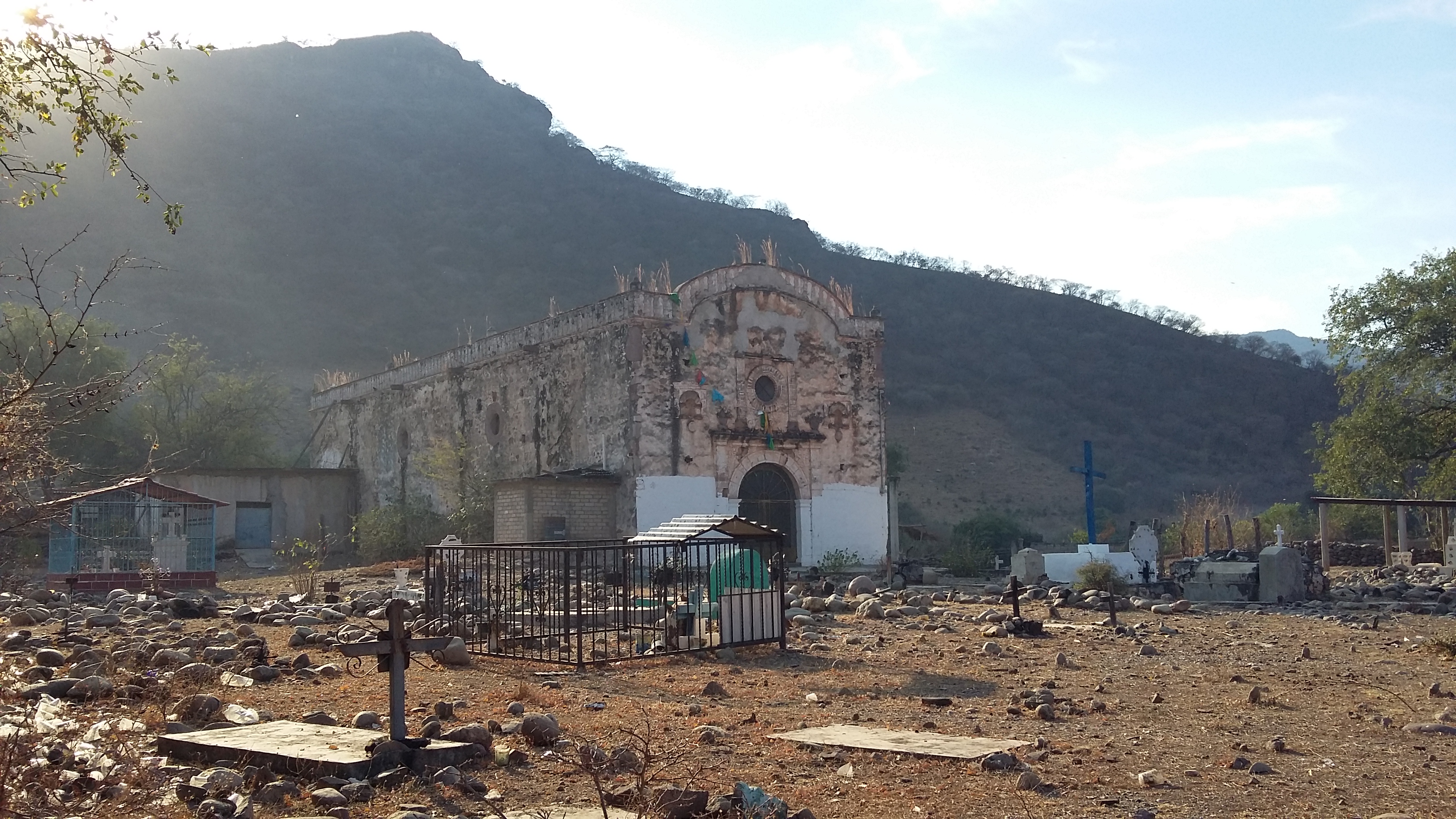 What has surprised you most about the situation in Guerrero?

LMA: I come from Morelos, in south Mexico, where the poverty levels and health care structures are similar to Guerrero. But here, the situation is exacerbated by the violence and it never ceases to amaze me how isolated the population are because of it. There are so many armed men and this really affects people reaching health care facilities.

JLA: Mexico has so much potential and wealth. But people also live in extreme poverty—it reminds me of post-war Spain. People are turning their backs on the situation in Guerrero. It’s as if they want to ignore that violence and massive drug production happens here.