Brigg Reilley, an MSF epidemiologist in Haiti, discusses MSF’s current priorities as well as the priorities in the weeks and months to come.

Listen to Brigg Reilly describe the situation in Haiti: 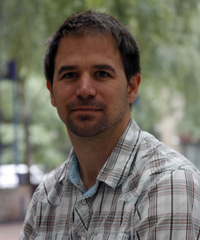 Brigg Reilley, MSF epidemiologist and member of MSF-USA Board of Directors

Brigg Reilley is an epidemiologist with Médecins Sans Frontières/Doctors Without Borders (MSF) in Haiti. He’s gathering information on the medical needs and issues MSF teams are seeing. The data helps create a bigger picture of what people’s healthcare needs are now and how they may evolve. This knowledge allows MSF staff to continue to effectively treat survivors in the present and to plan for the critical medical work ahead. Here, Reilley discusses MSF’s current priorities as well as the priorities in the weeks and months to come.

In the days after the earthquake in Haiti, the media was filled with images of massive destruction and the horrible toll the disaster took on human lives. They showed an alarming number of dead bodies, leading some to worry that those bodies would spread disease. This concern is largely unfounded. Dead bodies are generally not the source of an outbreak or a cause of propagating an epidemic. People are much more likely while they're alive to spread disease, when they actually have the symptoms of disease. So the bodies are of course a concern, but from an epidemiological point of view they are not a priority.

Every natural disaster unfolds a bit differently and the priorities in Haiti are evolving. In the beginning we saw large numbers of trauma and wounds and crushing injuries. We have for the most part passed the acute surgical phase that addressed those needs. Infected wounds and fractured bones are now a serious concern.

Wounds that are infected and may cause gangrene can in effect become fatal, so we've really got to get out there and treat people who are not able to come to us. MSF is trying to get out into the community with mobile clinics and make sure no one is sitting in their home unable to get care for these wounds and go from minor to major to fatal.

There are many patients with fractures that need to be set. There were so many life-saving priorities to address in the early days that people with fractures were turned away because it wasn't serious enough. The result has been that even a week later doctors are still setting broken legs and broken arms.

We are also worried about tetanus, which is naturally occurring. It's in the soil, it's in the environment, and so big open, dirty wounds are likely to cause tetanus. The vaccination rate in Haiti is only about 60 percent. There is no cure, and it is fatal in more than 50 percent of cases. There have already been a few cases. The incubation period is usually about 14 days and we are about to hit that, but tetanus is also something that can affect you months later. Vaccinating people with wounds for tetanus is going to be a priority as well.

The risk of outbreaks of disease is of course elevated. In Haiti two things have happened as a result of the earthquake. One is that a lot of the infrastructures that keep infections at bay have been disrupted or destroyed - shelter, water, food. These are all things that really reduce infections in the community and they have been severely compromised. The second part of that is the population is greatly weakened. So not only are you more likely to be ill, but also because you are in a weakened state it’s more likely to be severe.

So the main epidemic concerns we have right now are water-borne diseases – a particular threat to children – diarrheal diseases that can lead to death by dehydration. As well, almost everybody who has been affected by the earthquake is sleeping in the open and that's going to contribute to a lot of respiratory infections, which is again a big issue mainly with children.

Again, vaccine rates are not at 100 per cent. In a weakened population, a disease like measles can really cause a lot of deaths and sickness. The most vulnerable to all of these are children under five years old.

MSF is trying to meet the immediate medical needs of our patients while taking into account these evolving concerns. It's a fluid situation right now because the acute surgical phase, while still important, is just ending. There are a lot of other organizations offering assistance and more are arriving every day. We are trying to work with them and see what they are covering so we don't duplicate efforts.

Haiti’s recovery is a long-term one, especially for those people who have suffered major injuries. The most serious cases are going to continually need dressing and regular cleaning, all part of a very nursing-intensive process. We're eventually going to need skin grafts and prosthetics. These will be needed not only in the next days, but in the coming weeks, months and beyond. Even after the current media spotlight on Haiti fades, there will be patients with extensive orthopedic needs as a result of the earthquake.