I came here with my sick children and I could barely find transportation to get us here.

A kind person with a car helped us get to the hospital. My children are in rough shape. I have four more back in Buhaira, our village. Life there is hard. I am worried about them...

It used to be better and safer [before the war]. People used to go to their work, the shops were full, we used to go to the market, but now it’s not the same. We don’t have health centers there to care for patients. We have trouble getting basic supplies. It’s even hard to get my children the milk they need. I spend many days looking for milk, worried and anxious.

My children were raised in the war. I wish the war would end and our country would go back to how it was before. I don’t feel safe. I feel scared. It’s not like before, when you could go anywhere and still feel safe. However, I’d never leave my country. 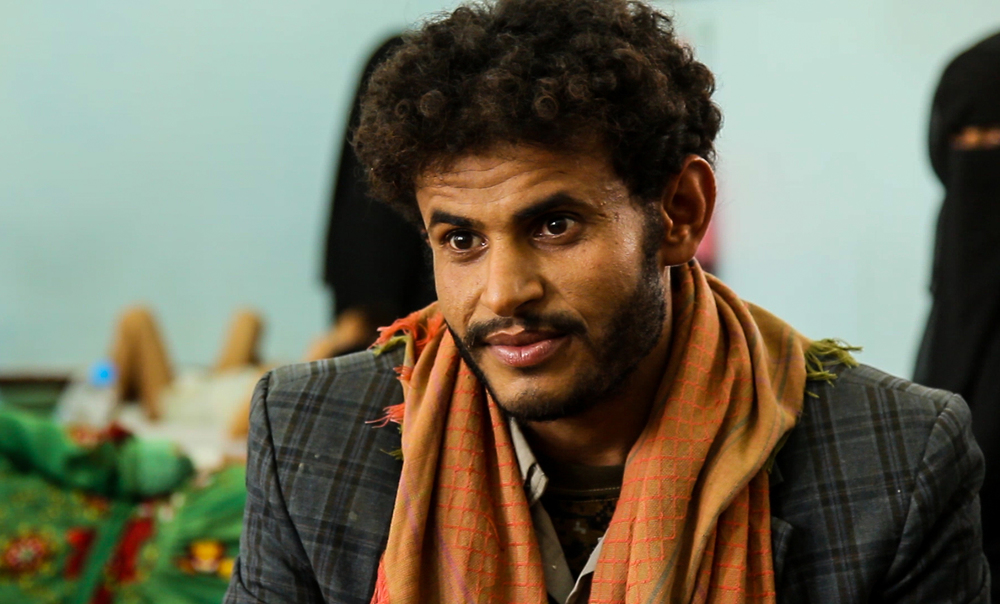 I am from al-Sharq district (in Hajjah governorate). We live in simple houses. Many Yemeni people who live in the countryside drink from exposed wells and tanks, whether the water is clean or not.

We discovered some cases of cholera in the morning, then more cases in the afternoon. We had brought these people to the nearest public health center, but there were no services. We gave them painkillers until 3 am, but their situation kept getting worse. We came to MSF when we realized that we needed to seek help. It was an infected family of nine. We were forced to look for an ambulance because it costs a lot to get here.

I had been living in Abs, but we were forced to leave our home. My house was destroyed because of the bombings, so I was forced to move and build another house. My life had been settled, safe, and secure. I was an employee with a monthly salary, but now things are different. There are no salaries and no services. Even public hospitals are down. There are no drugs. If you have money, you get treatment. Otherwise, you’ll die. 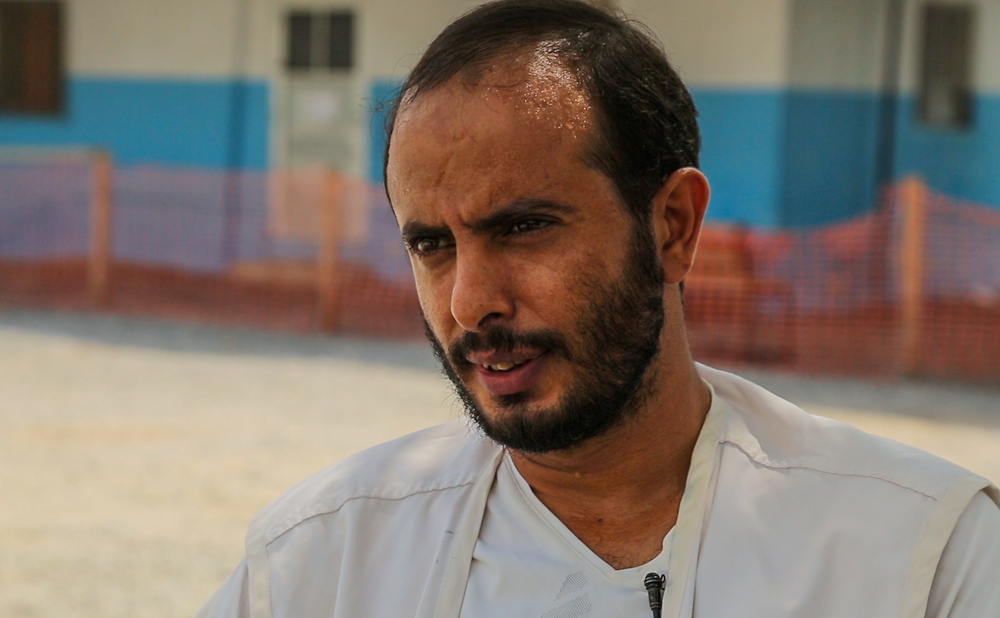 Abs hospital is known as the only public hospital in the area. This is the only place where people can get free medical services. People in this area have no other place to go otherwise. ...These people arrive here in bad shape. They barely have a roof over their heads and shoes to protect their feet. You’ll find a big family of seven living in a three-by-three-meter tent. Before, people were living in their homes with dignity, having enough money to get by. However, some people have now lost their houses and money; some have even lost family members. I remember a two-year-old child who lost all his family in an airstrike and was taken by a neighboring family. He was lucky to find someone to rescue him. We hear stories like this a lot. You just don’t know what to do when you see this.

Many cases have touched me, but maybe the most impactful one for me was when this hospital was bombed [in August 2016]. I was working in the emergency department, and they notified us that an area was bombed and we should be ready to accept new cases. We didn’t hear the airstrike; we just felt a force pushing us to the ground. I fell down. I immediately thought of my colleagues. I went to the emergency department and I found body parts—it was a massacre. I could not handle the sight. I went back and told the others that all my colleagues were gone. This incident left a mark on me.

Before the airstrike, locals used to feel safe here. When I returned and arrived at the emergency department, I remembered the horrors of that day and I couldn’t help but start crying. We gradually resumed work. Things weren’t the same in the beginning. People started panicking from the sight of aircrafts, or even when a door was slammed hard in the hospital. Now, people feel a little safer, but they’re still afraid. A few days ago, a large number of aircrafts were hovering around the area in the night, and some women left the nutrition department and tried to escape. We tried to calm them down. 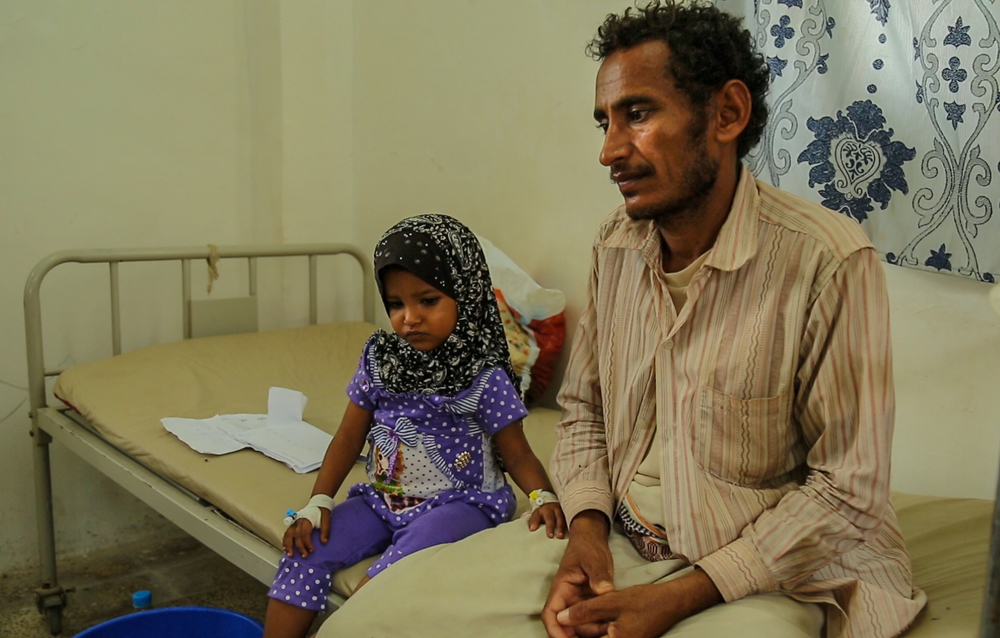 We harvest qat [a plant, the leaves of which are chewed for a stimulant effect], but I can barely sell it. I have six children. This girl [in the photo] has been sick for three months because of deteriorating circumstances. She’s stuck here in the hospital and nothing seems to be helping her improve. She’s suffering from anemia, infections, and malaria.  My family back home is sick, too, with all kinds of illnesses. Everybody is sick and in rough shape, and their poor financial condition prevents them from finding another health center that can help them.

Cholera is everywhere; the water is contaminated, and I don’t drink it. We have tanks, but we don’t get water regularly. The situation could not be worse. I can’t even provide for my own family. My brother has eight children and he struggles to put food on the table... I don’t have the money to pay for anything; our clothes, rugs and everything are the same all the time.

We don’t even have doors. We have houses without doors and this causes problems because of the rain and cold in the winter. My father got sick and even though we brought him to a hospital, he passed away. My mother died, as well. And I am just like many others. 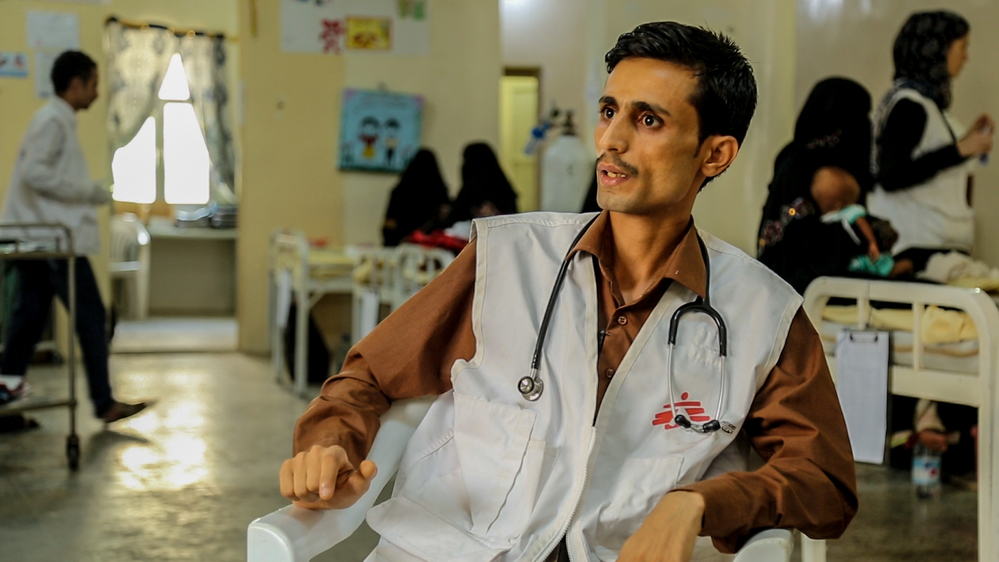 Doctor in the nutrition department

I’ve worked with with MSF since December 2016. People in this area [in Abs] rely on daily labor to make money ... they do not have savings or fixed jobs. They are most affected by the conflict.

Due to the current crisis, these people have lost their livelihoods and that’s why many of them come here to the hospital. We get a lot of very complicated cases, people in bad situations. We’ve been struggling with the cases we receive because they often arrive quite late and in very advanced stages of illness. We receive patients from more than half of the governorate of Hajjah, not only the residents of Abs district.

We receive a lot of internally displaced people, too. We face problems convincing some patients, and especially the mothers of young patients, to stay in the inpatient therapeutic feeding center [for severely malnourished patients] and complete the entire treatment. Some of them stay just for a few days, then decide to leave...

At least I feel that all our efforts and care do not go to waste. I love it when I see a child smile.