Dr. Faisal H. Omar, Doctors Without Borders/Médecins Sans Frontières (MSF) head of mission in northwestern Syria, recently visited the Afrin and Azaz areas in western Aleppo province. Hundreds of thousands of people are living in these areas, most of whom fled military operations by the Syrian army and its allies in Idlib province and elsewhere. They are sheltering in both formal and informal displacement camps or settlements. Here, Dr. Omar talks about the conditions in the camps he visited and how MSF has partnered with other organizations to assist the most vulnerable people.

There is no fighting around Afrin and Azaz—the front line is much further south in Idlib province. The Syrian army is not conducting military operations in these areas, which are in western Aleppo province and under the control of the Turkish army and Syrian opposition armed groups. 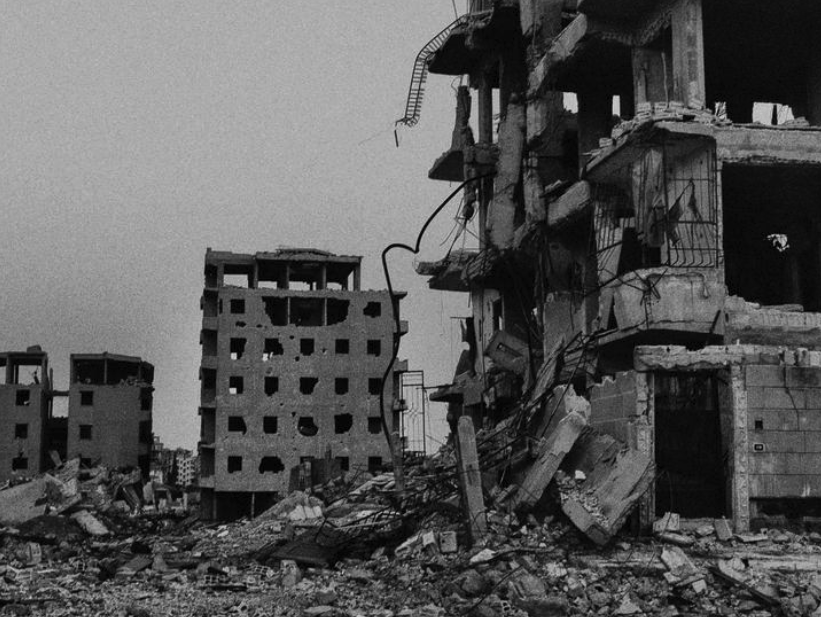 It is safer than Idlib province, so a lot of displaced people have taken refuge here. Most of those in the Afrin area have traveled a long way. Originally from rural Damascus and eastern Ghouta, they moved four or five times before arriving in Afrin, each time fleeing military operations conducted by the Syrian army and its allies, notably Russia.

The situation in the camps varies enormously. I saw some that are in a good condition and well-equipped, and others where very few services are available and where living conditions are much harder.

The Turkish authorities have set up formal camps in areas of northwestern Syria under their control.

In the Afrin area, I visited a camp in Jenderis district made up of five sub-camps, with 5,000 inhabitants in total. The camp had all the necessary services, including a clinic and a school. The only real challenge is with the water supply, as the pump needs constant fuel.

But there are many informal settlements scattered here and there which don’t have proper facilities. Further north in Jenderis district, Raju camp was set up spontaneously by people who had fled military operations in Idlib province and who couldn’t find space in a formal camp. There I saw children playing in the mud, without warm clothes, on a very cold and rainy day in February.

Responding to floods and improving drainage

There have been heavy floods in the area, so in response we decided to provide assistance in partnership with International Blue Crescent (IBC), a Turkish nongovernmental organization (NGO). Together with IBC, MSF laid down gravel in five camps to ensure an efficient drainage system in and around the tents. We also distributed blankets and carpets, as well as plastic sheeting to cover the ground inside the tents.

In the Azaz area, I also visited a camp with old tents and without proper facilities. Like other informal settlements, Al-Iman camp sprung up on the outskirts of a formal camp, which was well designed and had the necessary services, but became overcrowded and couldn’t absorb any more new arrivals. So displaced people put up their tents close to the camp to try to get the services in the formal camp.

In the Afrin area, in partnership with Al-Ameen, a Syrian NGO, we support a health center and are running mobile clinics in multiple camp locations. We also support a primary health care center with another partner organization. In addition, we distribute essential items like hygiene kits and blankets to displaced families and provide water, sanitation, and hygiene (WASH) services in schools and water trucking in camps where no other actors are providing support.

On March 20, a bomb exploded next to [Al-Ameen’s] warehouse in Al-Bab in northern Aleppo. Attacks using improvised explosive devices and car bombs happen frequently in this area. Three people were killed and six were injured, including two Al-Ameen staff members. And 60 percent of the medical supplies in the warehouse was destroyed—mainly [supplies belonging to] Al- Ameen, but also MSF—which will directly impact ​the ability to deliver medical aid to people in need in northwest Syria.

MSF remains committed to providing assistance northwestern Syria, and plans to improve water and sanitation services in informal camps and settlements in partnership with IBC.