Indonesia: ?People are still waiting for bodies to be retrieved" 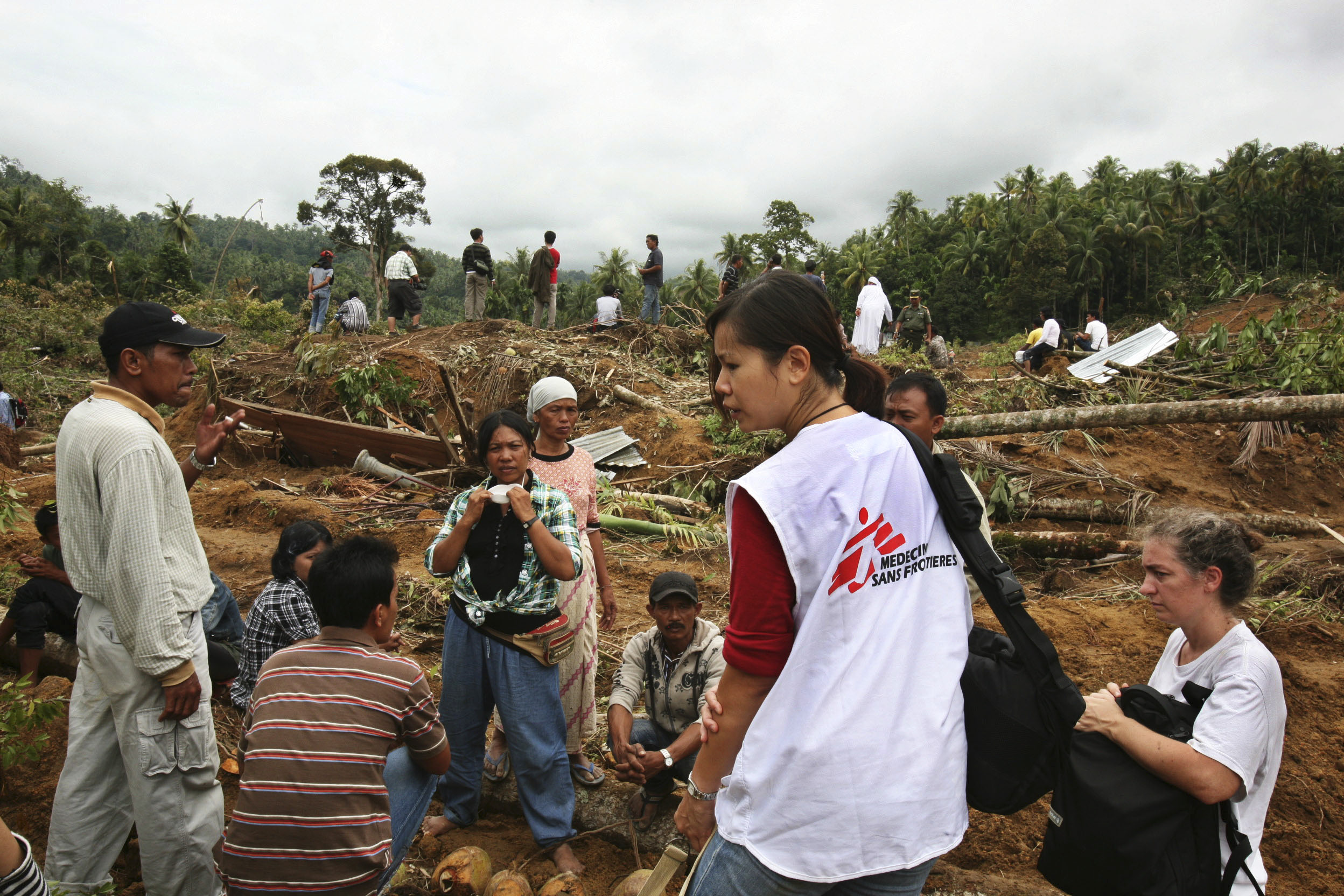 Near the city of Padang, an MSF staff member assesses a village hit by the earthquake.

Three days after a magnitude 7.6 earthquake struck off the western coast of Sumatra Island, Indonesia, last week, Doctors Without Borders/Médecins Sans Frontières (MSF) emergency teams arrived in the area and began to assess the medical and non-medical needs of the population.

Here, Marlene Lee, an MSF psychologist, reports on her exploratory mission to one of the worst affected areas.

Several villages located near Tandikat, in the hills north of Sumatra's Pariaman area, were devastated by a landslide following the earthquake. Everything is gone and aid has been slow to arrive because most of the roads are destroyed. This also makes search and retrieval operations difficult because much-needed heavy machinery to clear rubble cannot reach the villages.

Five days after the earthquake, people who have lost family members are still waiting for the bodies to be retrieved. Each morning they return to their destroyed homes and spend the day waiting for search teams to arrive. They won’t leave to eat, so volunteers take food to them.

It appears every village has been affected in some way. Most people have lost their homes and all their belongings. But, it is far worse for those waiting for bodies to be recovered because it is very important to them that their loved ones are given proper burials as soon as possible.

The people are grieving. They have not slept for days. They have very little appetite and have many worries about the present and the future.

When I asked people what they needed most urgently, they said food, water, tents, mattresses, and clothes. Most people have not showered since the quake, as they have lost all their belongings and have no water. They need water urgently for drinking and washing, as well as to cleanse themselves before prayer.

Most of the villages remain in shock. The people are grieving. They have not slept for days. They have very little appetite and have many worries about the present and the future. There are a lot of unanswered questions.

An image remains stuck in my mind. In one area buried by the landslide, we walked past a ravine. At the bottom was a collapsed house and beside it a man sitting on a fallen tree. He had his back to us, but his bowed posture indicated the many burdens he bore. I managed to talk to him later. He told me that he had lost several members of his family, including his wife and child.