In Iraq, the humanitarian situation continues to deteriorate, as people displaced from their homes by violence face their third winter living in harsh conditions.

More than three million Iraqis are currently displaced by the conflict, and many more continue to flee their homes every day as a result of fighting in Mosul and Hawija areas. While many have found their way to displacement camps, others are living in schools, mosques, churches, and in unfinished buildings.

In addition to the lack of access to healthcare, displaced populations also suffer from the psychological and emotional scars of war and many people still fear for their safety—between January and November, 2016, MSF has conducted more than 21,000 health consultations.

Over the last two years, Doctors Without Borders/Médecins Sans Frontières (MSF) has continued to increase its response to the displacement crisis by deploying mobile medical teams, supporting local health structures, and opening field hospitals, and, since January, 2016, has provided almost 175,000 consultations.

Women's health care remains an important aspect to MSF's response—so far in 2016, teams have provided more than 28,000 sexual and reproductive health care consultations, and assisted in more than 1,000 deliveries.

Having a flexible approach to its response has allowed MSF to deploy mobile medical teams according to people’s needs, with a focus on those who cannot access medical care because their movements are restricted or because they lack the financial means to travel to, or pay for, services. 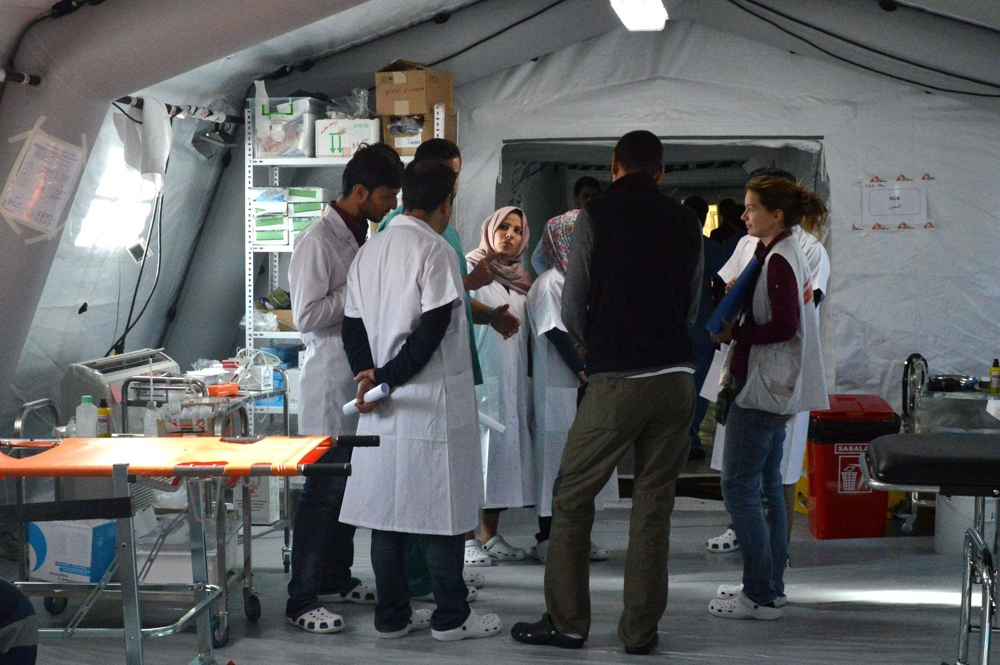 The Battle of Mosul

As the Battle of Mosul intensifies the number of people forced from their homes increases, and it is estimated that more than 90,000 people living in the city and the surrounding area have been displaced.

In October, MSF opened a surgical field hospital 30 kilometres [about 18 miles] north of Mosul, offering life-saving surgery for severely wounded patients for whom even the closest hospitals are too far. Most of the patients admitted had gunshot or shrapnel injuries. The team has also established a stabilization point close to the frontline at the north of the city—where critical patients are stabilized before being transferred to hospital. MSF plans to open more stabilization points close to other front lines around the city.

A photo posted by @forcedfromhome on

As fighting in Mosul escalates, MSF's mobile clinic teams in Erbil—who provide general and mental health consultations—have expanded their outreach to those who have recently arrived at the Khazer and Hasansham displacement camps. Both camps provide refuge for more than 18,000 people who fled Mosul after the Iraqi army launched an offensive to take back the city from ISIS, in October.

In Qayyarah, to the south of Mosul, MSF opened an emergency room and inpatient department in a primary health care clinic, in early December. The MSF teams provide surgical and emergency medical care, and in the first week alone, received 250 patients. 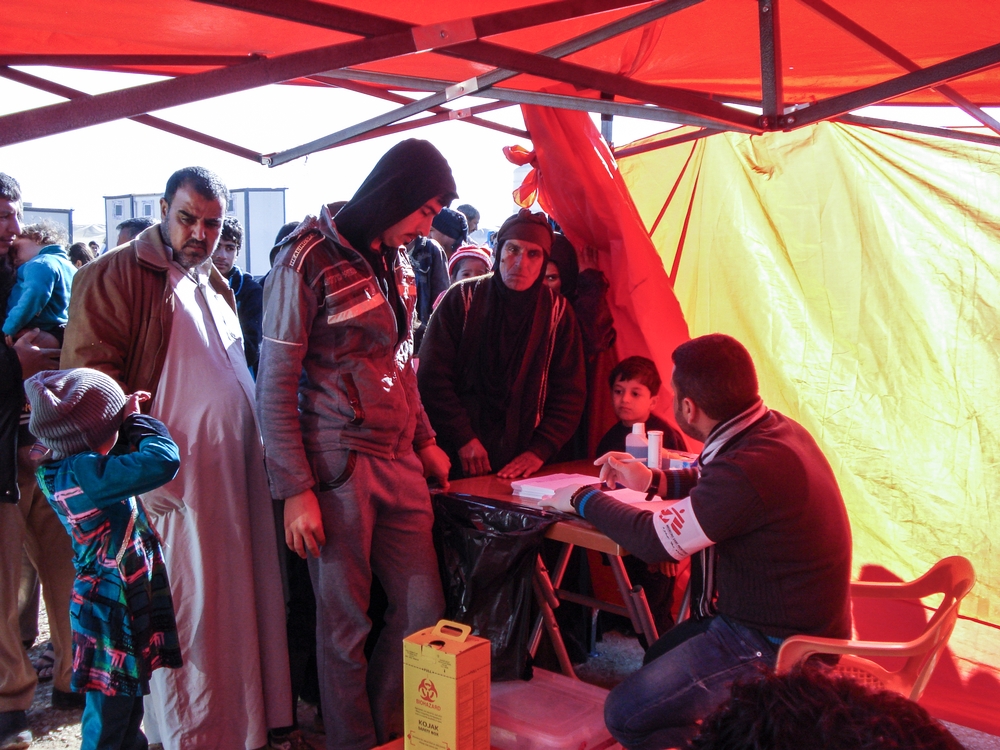 In Kirkuk itself, MSF is responding to the influx of displaced persons and war-wounded patients from nearby Hawija, where a military offensive is underway. The teams support two hospitals in the city, and provide primary healthcare at displacement camps and along the Kirkuk-Hawija front line at entry points—where people fleeing Hawija cross into Kirkuk.

MSF recently opened a maternity unit in the village of Tal Maraq, in Ninewa governorate, to assist with safe deliveries. A significant number of women in this area deliver their babies at home, without the help of a skilled birth attendant. The maternity unit offers basic emergency obstetric and neonatal care, manages minor obstetric complications, and refers patients with more serious obstetric complications to hospitals in Zakho.

In Sulaymaniyah, MSF is working with the health authorities at Sulaymaniyah emergency hospital to provide hands-on training to improve the quality of medical services in the intensive care unit and the emergency trauma ward.

With military operations expanding in northwestern Iraq, thousands of Iraqis continue to flee to relatively safety in surrounding areas, including Salaheddine governorate in the center of the country. To respond to increasing needs in Tikrit and surrounding areas, in June, MSF established mobile clinics that offer outpatient and mental health consultations.

In Diyala governorate, MSF, in collaboration with the Directorate of Health, provides treatment for chronic diseases, as well as sexual and reproductive health consultations, to displaced people in Khanaqin camps and in the recently retaken towns of Jalawla and Sadyia.MSF teams also provide mental health services and run health promotion activities. 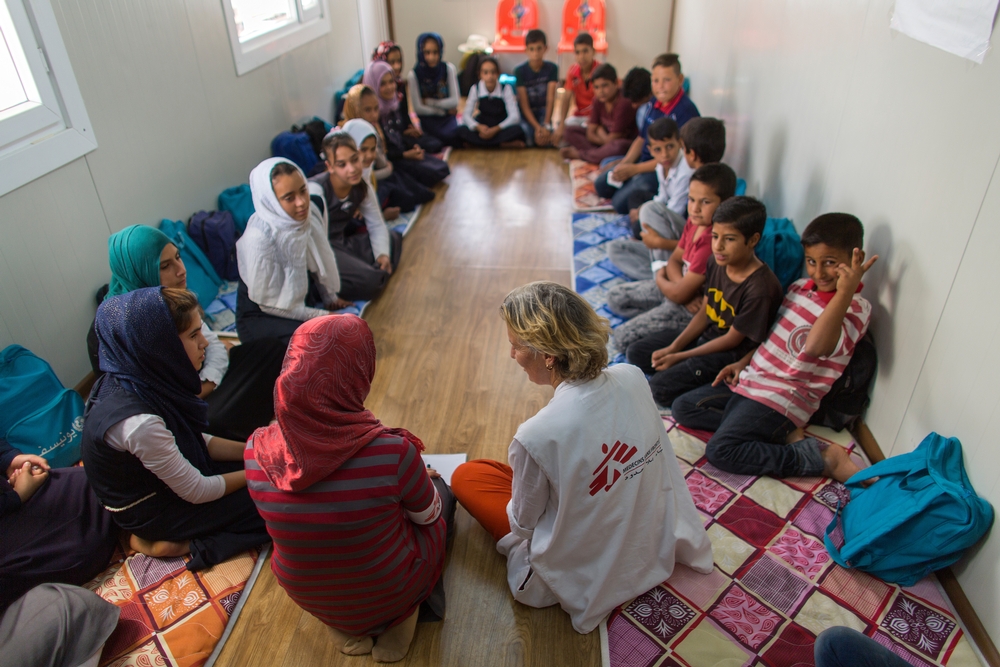 The MSF project in Abu Ghraib, in Al Anbar governorate. provides medical and mental health services to people displaced from central Iraq—mainly from Anbar, Salaheddine, and Diyala. In addition, a mobile medical team operates in impoverished neighbourhoods in Abu Ghraib district, where many displaced people have settled over the past two years. A second medical team is based in a primary health care clinic in the Al Shuhada II area.

In Bzeibiz, which links the capital, Baghad, to Al Anbar governorate, MSF operates a primary health care clinic, which opened in January, 2016. The clinic has an emergency room that operates around-the-clock, as well as a day clinic.

In November, over 20 million pilgrims traveled to Karbala governorate for the Arba’een pilgrimage. As people spend a significant time in close proximity during this event, MSF took the opportunity to conduct an anti-scabies campaign.

Discussions are also ongoing with health authorities for MSF to support a 70-bed paediatric hospital in Musayib, Babil governorate, starting in January 2017.