The hospital opened by Doctors Without Borders/Médecins Sans Frontières (MSF) in Qayyarah, Iraq, last December is around 35 miles (60 km) south of Mosul. Distant enough not to hear the sounds of airstrikes and rocket fire, but sufficiently close for the wounded to be brought in when medical facilities nearer the front line are no longer able to cope.

On February 18, the Iraqi army launched an offensive with the support of the U.S.-led coalition to retake west Mosul, the part of the city still under control of the so-called Islamic State.

The fighting has claimed many victims, and large numbers of people continue to flee from neighborhoods being gradually recaptured by the army. Some of those displaced by the fighting have ended up in camps in Qayyarah. The MSF team is now caring for patients from west Mosul, displaced persons camps, Qayyarah town, and the region.

Hospital for medical and surgical emergencies 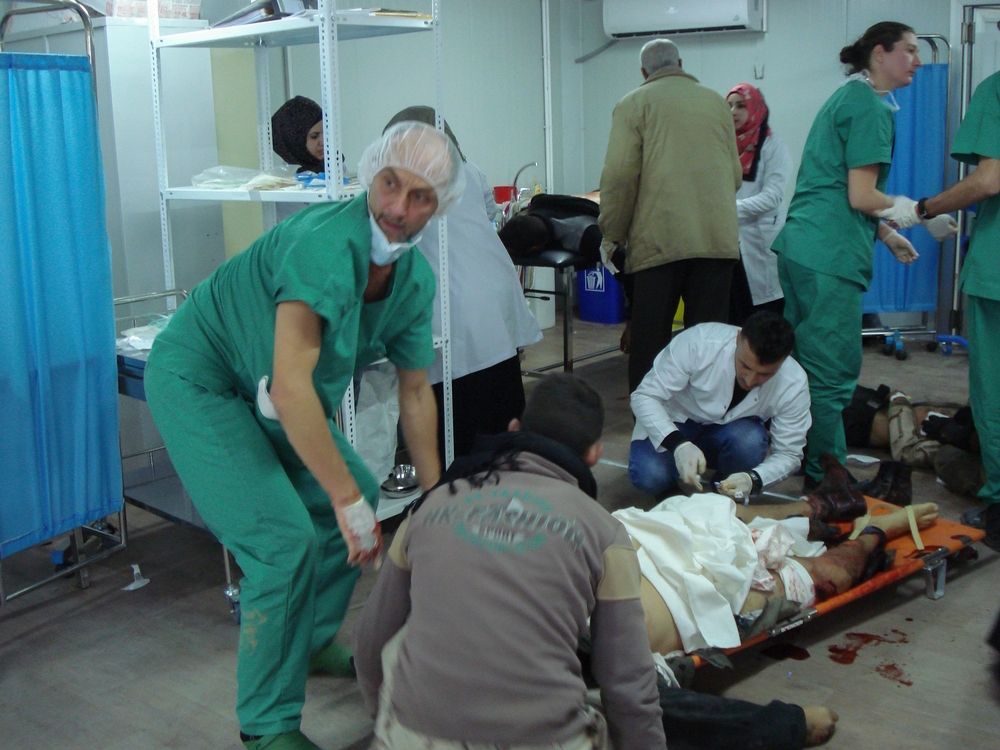 The MSF team treats medical and surgical emergencies as the hospital in Qayyarah has an emergency room, operating theater and inpatient departments. The level of activity is intense—between January and March, more than 3,750 patients were admitted to the emergency room.

A four-bed intensive care unit was recently opened to provide care for burn victims, patients in shock and other critical conditions.

The team in the emergency room sees patients wounded by airstrikes, explosions, mortar fire and land mines. Away from major roads, there are still mines that occasionally injure children, farm workers and shepherds. In west Mosul, whole families sometimes fall victim to the fighting.

Below, MSF emergency doctor Ana Leticia recalls the story of a family caught in an explosion while trying to escape west Mosul.

The mother was in a state of shock when she arrived. Her 12-year old daughter looked after her younger brothers and sisters while waiting for her mother to be cared for by the MSF psychiatrist and get better.

MSF has set up mental health consultations in Qayyarah for patients from the hospital and displaced persons’ camps. The team—a psychiatrist, two psychologists and a counsellor—treat adults and children alike.

Psychiatrist Joëlle Vernet set up the provision of mental health care in the hospital. "People have endured extremely tough situations," says Vernet. "And they still don’t feel at all safe, particularly as the bombing hasn’t stopped and there are soldiers and the sound of gunfire everywhere. They live in fear, they’re scared of reprisals. They don’t know what they can say or who they can say it to."

Many child patients are suffering from intense distress and displaying behavioral issues as a result, she says. "It was even harder for the parents—in reality mostly mothers, as the fathers were no longer with them. They didn’t have the strength to cope with their children’s pain and emotions. So our work was not just treating the child, but also treating the mother too, and child and mother together.

MSF hospital in Qayyarah is currently the only hospital structure properly set up to receive children in the area of Ninewa. Around half of all patients receiving treatment in the emergency room are under the age of 15.

Of the 192 patients who attended a mental health consultation from the beginning of February to mid-April, 30 were children under the age of 13. 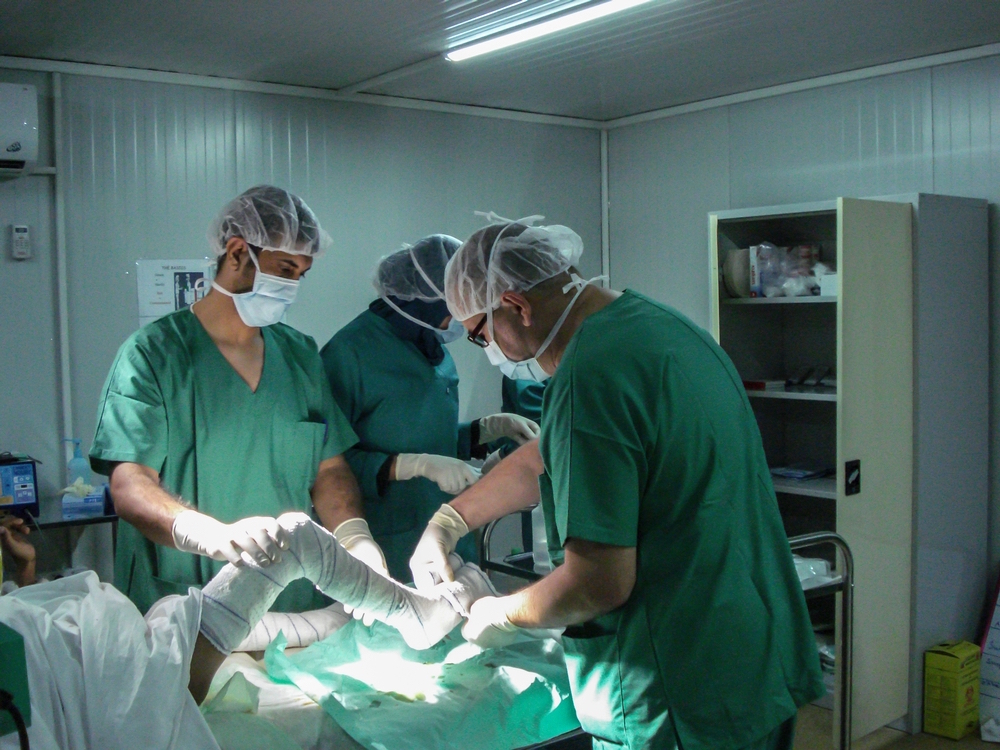 8-year-old Duha and her family lived in west Mosul. Last month, their home was hit in an airstrike. Her mother, father and 16 other people in the house at the time were all killed in the bombing.

Duha was the sole survivor. A neighbor dug her out of the rubble, but her head, hands and one leg were severely burned. She now lives in east Mosul with her uncle who brings her to the hospital regularly to have her dressings changed.

As the Iraqi army advanced into west Mosul, many families were able to escape. The MSF team has been seeing children with acute malnutrition, affected by food shortages in besieged West Mosul. 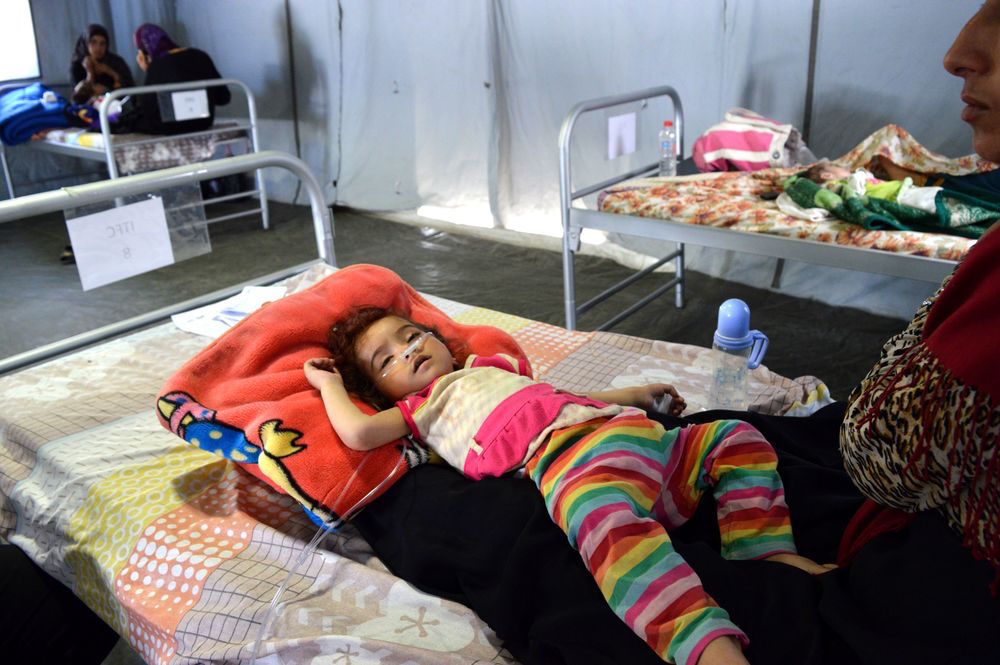 To treat malnourished children, MSF has set up a 12-bed therapeutic feeding center in Qayyarah hospital. Most of the children are under six months old, explains Ana Leticia, MSF emergency doctor.

Since the start of the military offensive to recapture Mosul in October 2016, MSF teams have increased medical and humanitarian assistance in Ninewa governorate. Across the country, MSF is working alongside Iraqi health staff in 10 governorates to ensure that the population has access to emergency medical care, including mother and child care.