In Tal Afar District, northwest of Mosul, a dire lack of functional medical facilities is preventing the population from accessing health care. In response, MSF is expanding its activities in the area, opening a maternity clinic in October 2016 and, more recently, a stabilization unit and children’s ward in the village of Tal Maraq.

MSF started working in the area in 2015, as many medical structures were completely destroyed in conflict. Those that were not destroyed lacked basic medical materials, drugs, and human resources. They were unable to provide health care to the population.

"The region here is visibly affected by conflict," says Andrew Cullen, MSF field coordinator. "Some places seem untouched, while others are completely destroyed. Although there has been no active fighting for more than 18 months, the population has difficulties accessing health care."

People in the area have to travel over 100 kilometers [about 62 miles] to the nearest urban areas of Dohuk and Zakho to seek specialized medical care. This long and costly trip is an impossible undertaking for many in the region. As a consequence, medical emergencies can quickly become critical. 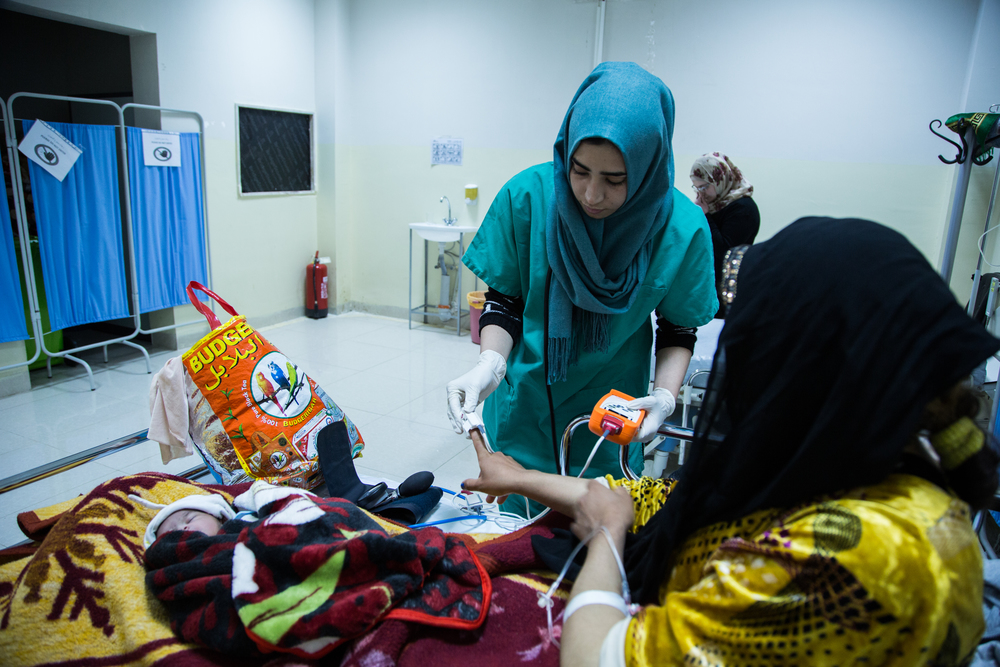 "We have started by providing care through mobile clinics," says Cullen. "Then we identified the need to assist women in their deliveries. When we had to refer critical cases to other hospitals for surgeries, for example, we understood what people endured to reach the nearest hospital. The need for stabilization and emergency care was obvious."

MSF’s mobile medical teams have been running clinics in three villages in Tal Afar District since January 2015, providing general health care, mental health support, sexual and reproductive health care, and treatment for chronic diseases. In October 2016 MSF expanded its activities by opening a maternity clinic in Tal Maraq. From the opening of the clinic until February 2017, MSF teams assisted more than 500 deliveries in the Tal Maraq maternity facility, and a similar number of emergency referrals were made to Zakho.

In March 2017, MSF added an inpatient department for pediatric cases to care for children under 12 years old in the same building, as well as a stabilization unit for adults with life-threatening conditions. These additions were made in anticipation of a potential influx of people fleeing from the military campaign in the cities of Mosul and Tal Afar, and to address the current lack of secondary health care facilities in the area.

"The original plan was to open only a maternity [unit]," says Ileana Boneschi, sexual and reproductive health manager in Tal Maraq. "But with the stabilization room and the pediatric inpatient department this is becoming a real hospital."

MSF has worked continuously in Iraq since 2006. In order to ensure its independence, MSF does not accept funding from any governments, religious organizations, or international agencies for its programs in Iraq, and relies solely on private donations from the general public around the world to carry out its work. MSF currently employs more than 1,600 staff in Iraq.