Kenya: Providing Lifesaving Care to Mothers and Babies in Likoni

When Lena Makunye went into labor to give birth to her second child, she had no idea that she would have to undergo emergency surgery to save her and her baby’s life. “I was in labor for a long time, but the baby was not coming,” she says. “When I was told I had to go to the operating theater, I was scared. I had never been through that before. I was in pain and my heart was breaking, but the doctors talked to me and gave me strength. My son was handed to me shortly after.”

At the Mrima Health Center in Likoni, expectant mothers like Lena now have access to emergency obstetric care. Doctors Without Borders/Médecins Sans Frontières (MSF), together with the Mombasa County Department of Health, upgraded the facility so that women experiencing complications with their pregnancies can deliver safely and free of charge. A new operating theater built from shipping containers in January 2017 also means that women in need of Caesarean sections can now give birth to their babies closer to home. This is a temporary measure until MSF finishes construction on a permanent building. 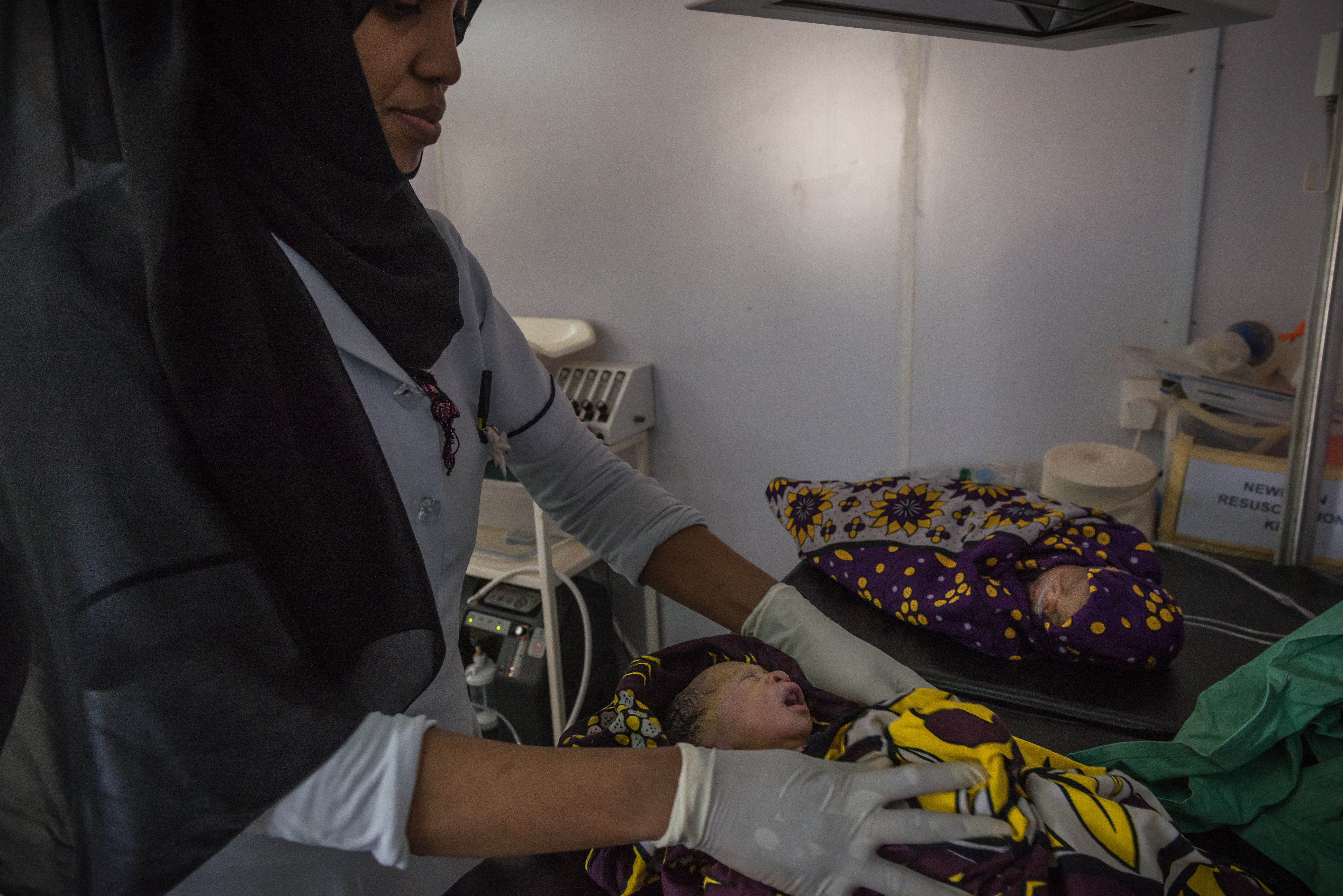 Prior to January, there was no functional emergency obstetrics facility in Likoni Sub-County, and women suffering from complications with their deliveries had to be referred to another hospital that could only be reached by ferry. Long waiting times at night put the lives of many mothers and babies in danger.

Now, expectant mothers have a better choice, as Mrima has been upgraded to provide emergency obstetric care. “This facility has become a lifesaver in the area,” says Josephine Masikini, midwife and project coordinator for MSF in Likoni. “Women can now rest easier knowing that they have the possibility of a safe delivery in case of emergency, assisted by a qualified birth attendant.” 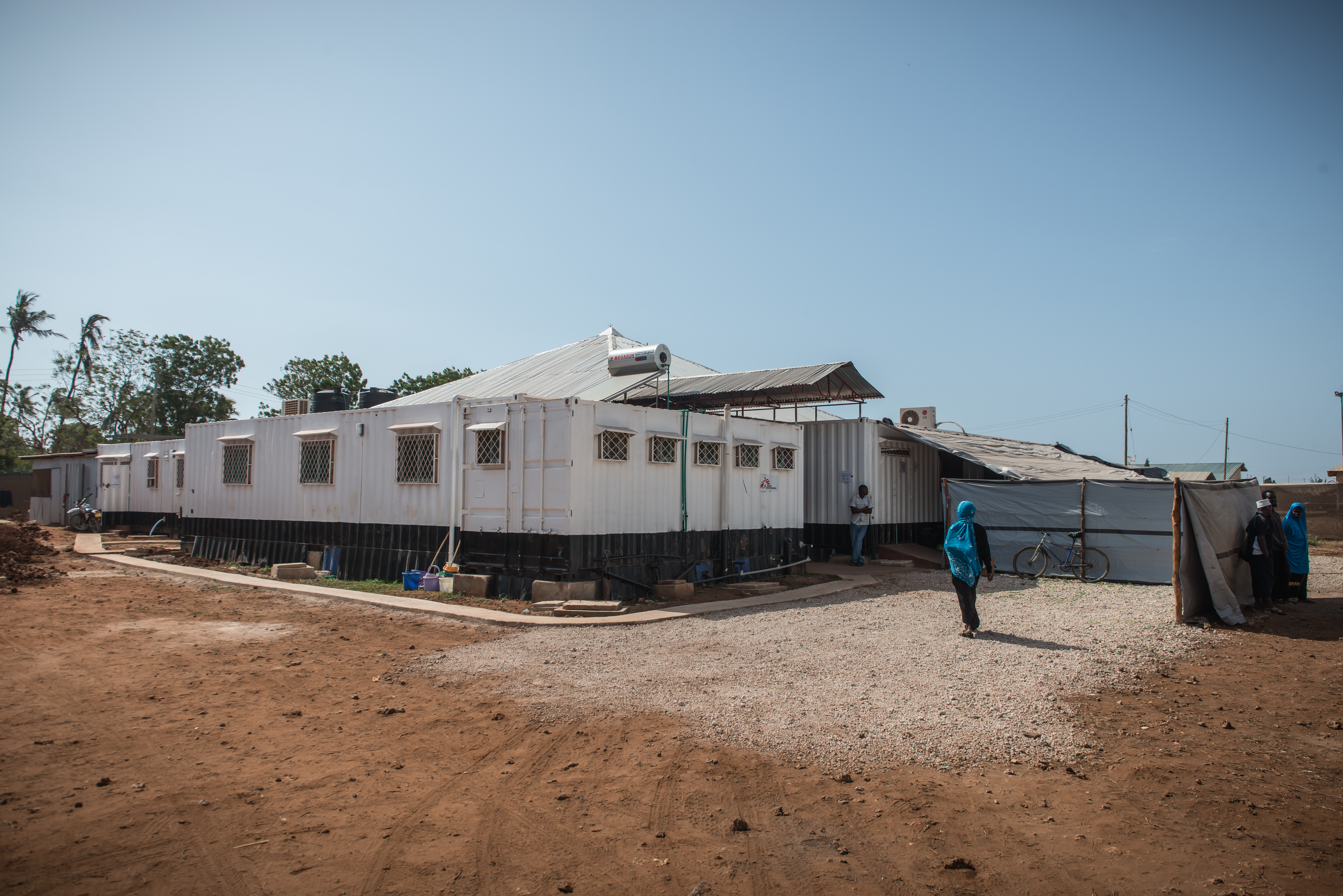 While maternal death rates in Kenya have fallen in the last few years, pregnancy- and childbirth-related complications still account for nearly one-fifth of deaths in women of reproductive age. Around 40 percent of women do not deliver their babies in a health facility, nor are they assisted by a skilled birth attendant.

There are also many regions in the country where maternal death rates are much higher than the national average, with health facilities out of reach for many women due to distance or cost. In 2015 alone, an estimated 34,000 babies died in Kenya before they reached one month of age. But with the help of skilled birth attendants, and access to appropriate drugs and equipment, women’s lives and those of their babies can be saved.

“After the extension and refurbishment of the Mrima Health Center is completed, we are hopeful that the facility will serve as a model of care for counties in Kenya where maternal and neonatal death rates remain high,” says Masikini. “Starting in 2018, we also plan to  train health workers from other counties, aiming to contribute to reducing the number of deaths of mothers and babies in those areas.”

MSF began working in Likoni in February 2016, supporting deliveries and referring women with complications to Coast Provincial General Hospital. Construction of the container operating theater began in late 2016. It was officially functional on January 27, 2017, when the first baby was delivered there via Caesarean section.

MSF also provides medical assistance in other areas of Kenya, including in Nairobi’s’ Eastlands area and in Kibera, where the organization has worked for the last two decades. Additionally, MSF teams work in Dagahaley refugee camp in Dadaab, Homa Bay County, and Ndhiwa sub-County, and are opening a program for the treatment and management of non-communicable diseases together with Embu County.