Life on the move: A photo gallery

These people took huge risks to flee violence and persecution. But their journeys to safety are still far from over.

Some 80 million people worldwide are displaced from their homes right now, and that number ticks up every three seconds. Many trade danger at home for new risks on their journeys to safety.

Doctors Without Borders/Médecins Sans Frontières (MSF) teams meet displaced people where they are and offer humanitarian aid based solely on need. Whether they are fleeing violence, war, or persecution, we provide medical and mental health care, access to clean water, essential supplies and other services. We bear witness to their experiences and offer support, not just along migration routes but often as they attempt to rebuild their lives in new countries.

Meet three brave women who risked everything seeking safety for their families, and learn more about the obstacles they still face as they adapt to life on the move.

Ghazaleh is a Syrian refugee living in Amman, Jordan, with her husband and children. Their first days in the country were spent in Azraq refugee camp, but they were transferred to accommodations in the country’s capital when Ghazaleh’s health began to deteriorate. But even after leaving the camp, the family is still struggling to get by.

The mother of five is no stranger to adversity, having escaped war in her home country in 2014 and endured a dangerous journey from Syria to Jordan. At one point, Ghazaleh was stopped and beaten by regime soldiers, leaving the bones in her foot completely shattered.

Even then it took 18 days to cross Jordan’s border, during which Ghazaleh could barely stand without experiencing debilitating pain. 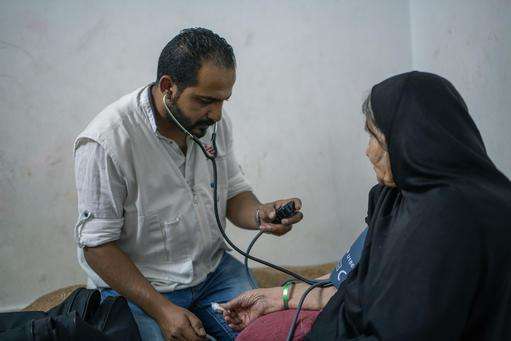 See how MSF is helping people like Ghazaleh in Jordan.

Jordan’s fragile economy has struggled to accommodate the country’s growing refugee population; in 2018, for instance, the Jordanian government announced the cancelation of subsidized health care for Syrian refugees. Since the pandemic began, access to essential services like education and health care have all but disappeared.

The COVID-19 pandemic’s effect on the economy in Jordan is deeply felt by Ghazaleh and her family. The aid packages meant to help refugees like them resettle stopped coming over a year ago. Employment opportunities for Ghazaleh and her husband have vanished, forcing them to sell their furniture just to make ends meet.

MSF is on the ground in Jordan helping vulnerable refugees like Ghazaleh and her husband get the care they need. In addition to supporting the country’s COVID-19 response, MSF teams provide treatment for non-communicable diseases, maternal and child health care, and reconstructive surgery for victims of violence.

But with bills piling up, the biggest threat to Ghazaleh’s family right now is eviction. As they sit on the floor with MSF staff and tell their story over Arabic coffee, the couple maintains a cheerful facade. But their eyes betray the truth: they know the journey to rebuild their lives is still far from over.

Violence and conflict forced Soma and her family to flee their home in Afghanistan.

“Every day there was violence and bombings,” Soma says. “There was no future for our family and no medical treatment.”

They spent five months living in the overcrowded Moria refugee camp on the Greek island of Lesbos, where they shared a shipping container with 20 other people. Then Soma, her husband, and their two young children were transferred to accommodations in Athens, Greece, where they now reside.

Living as refugees in Greece has presented new challenges for Soma and her family. The 2016 European Union-Turkey Deal—a set of policies aimed at keeping refugees, migrants, and asylum-seekers from crossing into Greece from Turkey—has resulted in thousands of women, men, and children winding up trapped indefinitely in appalling conditions on Greek island camps. And in 2019 a new, stricter law reduced the already limited ability of asylum seekers to obtain health care. 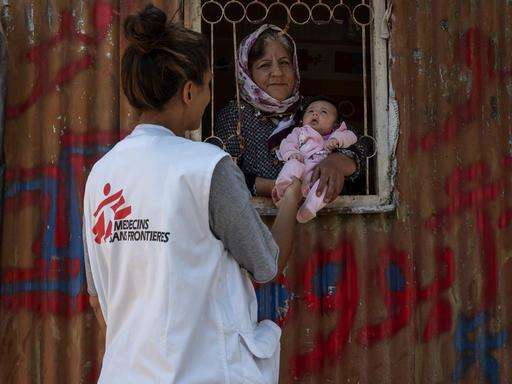 See how we’re helping refugees like Soma in Greece.

The latest blow to Greece’s refugee population came during the pandemic, when authorities attempted to decongest overcrowded refugee camps by evicting more than 11,000 forcibly displaced people from their accommodations—including Soma and her family.

“We didn’t expect this,” she explains. “One day we just saw someone else in our room and they told us, ‘We have moved all your stuff to the entrance of the hotel.’”

For years MSF has called on Greek authorities to provide safe and dignified alternatives to camps, allow access to fair asylum procedures, and ensure adequate health care adapted to the needs of people fleeing violence, conflict, and trauma. Until that happens, our teams are on the ground providing essential health services to displaced people on both the Aegean Islands and the mainland.

Soma and her family have found temporary support through a local program, but that support only lasts for six months. Despite this, Soma is determined to find a better future for her children and refuses to look back.

“When you leave your place, you get to a point where you cannot go back. Fear of explosions and bombs cannot be compared to anything.”

Samaher escaped her home in Syria with her husband and daughter to seek refuge in an informal tent settlement in Akkar governorate, Lebanon. Life is hard for everyone in the camp, but Samaher’s diabetes makes things even more difficult. With little money, her life is defined by impossible decisions: Does she buy medication, or put food on the table?

The small country of Lebanon hosts the largest number of refugees in the world. Since late 2019, the country has been grappling with its worst economic crisis in decades, social unrest, and political turmoil in addition to the struggles inherent in fighting the COVID-19 pandemic. On top of all this, a major explosion tore through the capital, Beirut, in August.

These overlapping crises have exacerbated people's vulnerability and pushed thousands into poverty. 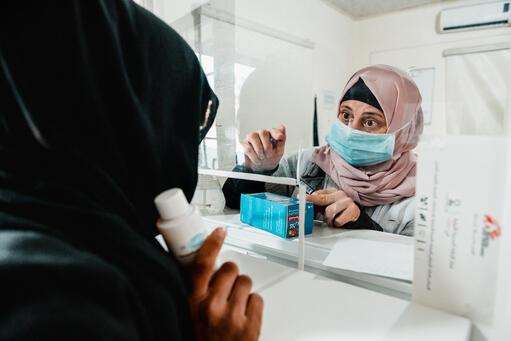 Here’s how we’re helping vulnerable people in Lebanon like Samaher.

Until now, Samaher and her family scraped by on money her husband earned by taking agriculture or construction jobs in the nearby town of Halba. But due to the pandemic, those opportunities have all but disappeared.

In Lebanon, the health system is highly privatized and fragmented, and free medical services are almost non-existent. Ensuring access to free, high-quality health care has been MSF’s main objective in Lebanon since 2008. In Akkar, MSF focuses its activities in Wadi Khaled, near the Syrian border, where a medical team provides mental health services and free routine vaccinations for children up to 18 years old.

Despite their precarious circumstances, Samaher is determined to press on for the sake of her four children.

“I often feel sad and guilty, but I force myself to keep strong for them."