Refugees from the West African country of Mali face insufficient levels of assistance in camps rife with disease and malnutrition where the looming rainy season will further complicate the deployment of aid. 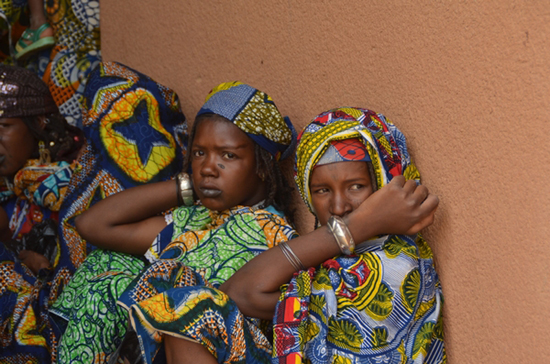 Young Malian refugees in one of Burkina Faso's refugee camps

BRUSSELS/NEW YORK, MAY 11, 2012—Refugees from the West African country of Mali face insufficient levels of assistance in camps rife with disease and malnutrition where the looming rainy season will further complicate the deployment of aid, the international medical humanitarian organization Doctors Without Borders/Médecins Sans Frontières (MSF) said today.

"Food insecurity is a threat both for the Malian refugees and for the host communities, which are already suffering from poor harvests," said Malik Allaouna, MSF director of operations. "Only food distributions in sufficient quantity and quality will prevent children’s nutritional condition from further deteriorating."

Since late January, people have been fleeing Mali, where ongoing instability has left little hope that refugees can return to their country soon.

People in the camps are suffering from respiratory and skin infections and diarrhea, directly related to living conditions that are significantly below international aid standards. The poor conditions and lack of aid increase the vulnerability of people already weakened by the very long journeys they have undertaken. They now face the looming threat of the rainy season.

“MSF calls on the United Nations High Commissioner for Refugees (UNHCR) and the World Food Program (WFP) to increase and speed up the distribution of aid in Burkina Faso, Mauritania, and Niger before the rainy season makes aid distribution even more difficult,” said Allaouna.

In the makeshift camp, located in the middle of the Mauritanian desert, residents share one latrine for 220 people. They receive only 11 liters of water per person per day, and food distributed by the WFP does not meet the specific nutritional needs of children.

"We received four kilograms of rice—the quality is mediocre and it's full of pebbles—two cups of oil and two cups of sugar, for 10 days," said one resident of Mbéra Camp. "They've given us just a single ration since we arrived."

In Burkina Faso, where MSF is working in four camps, food supplies are distributed inappropriately. "The same quantity is distributed without regard to the number of people in a family," said Mohamed El Moktar, a refugee at the Gandafabou Camp. "We are seven people. After two days we have nothing left."