Where resources are scarce, community groups can help maximize HIV/AIDS treatment and support each other. 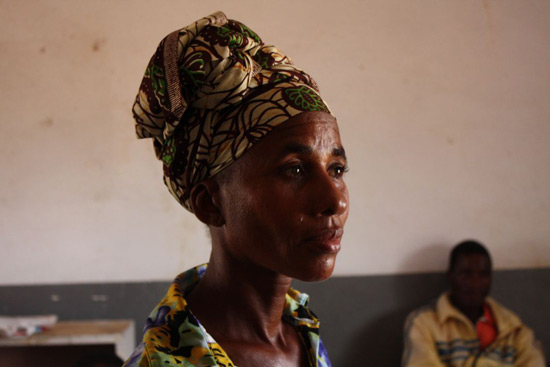 Margarida Smith, one of the community group leaders in Tete.

Mozambique has fewer than five doctors for every 100,000 people. This is despite the fact that 11.5 percent of the adult population is living with HIV. In rural areas, health centers are likewise few and far between. These dire circumstances caused Doctors Without Borders/Médecins Sans Frontières (MSF) to seek new ways to make optimal use of the scarce resources that do exist and to empower patients to provide each other with support.

In MSF’s HIV project in the Tete district in northern Mozambique, patients are divided into groups of around six people who live near each other. Each month, the group chooses one person to go to the health center and collect the refills of the antiretroviral (ARV) drugs they are taking as part of their treatment. On return, the representative distributes the ARVs to the other group members. The representative also checks that the members of the group have been taking their medication correctly, so that this information can be relayed to the health center.

“This model has led to a reduced burden on health care services, as fewer patients need to queue up at the health center to get their drugs,” explains Tom Decroo, MSF’s medical focal point in Tete. “It has the potential to facilitate the scaling-up of ARV treatment—something that is desperately needed in a place like Mozambique, where only one in three who need treatment actually gets it.”

The model has also made it simpler for patients in remote areas to obtain their drugs, as they only have to pay for transport for the one designated group leader and do not need to sacrifice a day’s work to travel to the health center. This also enables group members to support each other when they encounter problems related to the stigma associated with HIV/AIDS.

“The Community ARV Group model is good for all patients,” says Margarida Smith, a leader of one of the patient groups. “We come together and support each other. In the past, many patients didn't have enough money to pay for travel by themselves. Some stopped taking their medicine and died as a result.”