Mozambique: A Look Back at 10 Years of HIV Projects 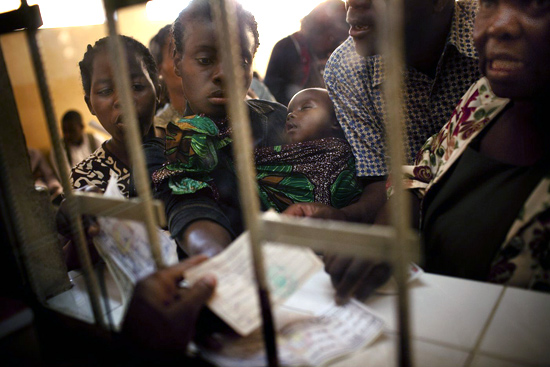 People receive medication at a government-run hospital where MSF provides support, in Chamanculo, a poor area of the capital, Maputo. 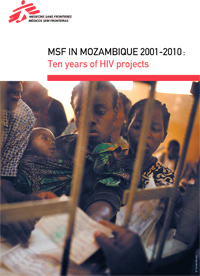 In the late 1990s, the introduction of antiretroviral (ARV) treatment transformed AIDS from a death sentence to a chronic lifelong disease. However, the extremely high cost of ARV drugs meant that treatment was restricted to people in richer parts of the world, and the millions of people suffering from the disease in places like Africa remained untreated.

National and international decision-makers actively refrained from embarking on the fight against HIV/AIDS, believing that an insufficient budget and a scarcity of both technical means and human resources would lead to inadequate HIV care and management. Their fear was that this would ultimately lead to the emergence of widespread drug-resistant strains of the virus, which would exacerbate an already dire situation.

Médecins Sans Frontières (MSF) – determined that the plight of people with HIV/AIDS in African countries would not be ignored – has been working with HIV in Mozambique since 2001, where it has been helping the Ministry of Health develop a comprehensive plan for widespread provision of ARV treatment. During the first few years, around half of all patients on treatment were supported by MSF. MSF’s objectives were to demonstrate that it was feasible to provide ARV services in low-resource settings, to explore possible modes of operation and to help create a national capacity for treating people with HIV/AIDS.

At the time, the organization of the Mozambican health system needed to be adapted to allow the development of comprehensive ARV treatment programs, in terms of human resources (both numbers and skills), laboratory capacity, technical means, and the overall management of HIV/AIDS. MSF has spent a total of 58 million Euros on its HIV/AIDS activities in Mozambique since 2001, of which the majority comes from private funding.

MSF has helped to put HIV/AIDS firmly on the national health agenda and, along with the Ministry of Health, has developed innovative strategies for HIV care and management. This report details MSF’s work and achievements in Mozambique in the field of HIV/AIDS over the last ten years, as well as pointing to the challenges that lie ahead.