In South Sudan, MSF epidemiologist Ruby Siddiqui describes working fast to try to get medical care to the sickest of the new refugees. 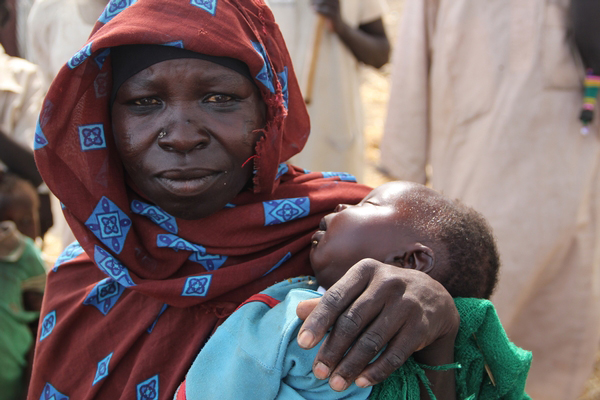 Between 30,000 and 35,000 new refugees crossed the border from Sudan's Blue Nile State into South Sudan's Upper Nile State over a period of three weeks at the end of May and the beginning of June. 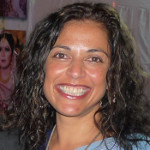 Ruby Siddiqui is an epidemiologist based in the Manson Unit, Doctors Without Borders/Médecins Sans Frontières (MSF)’s clinical research unit in London, United Kingdom. She is currently working on the refugee crisis in South Sudan. You can read her MSF Field Blog here.

I grabbed the baby and started running. But where was the mother? She was still in the truck, way behind the throngs of people that had just been brought to us from KM18 [a transit site for Sudanese refugees]. I stopped and waited. I had been handed the baby and asked to get him over to the clinic.

We were trying to triage everyone as they were coming off the truck, identifying the sickest and taking them to our clinical staff at the newly erected MSF clinic at T3. This is our name for the transit point at the junction of the main Jamam-Doro road and the road to KM18. After all the rain and storms of recent days, our contingency plan has kicked in. UNICEF and ACTED are now prioritizing moving all the refugees out of KM18. Each time it rains, the KM18 road becomes impassable and they have to wait for the road to dry.

Yet each day that passes, this group of refugees become weaker and more vulnerable. By bringing them to T3 we can move more people in a day and have them all out of KM18 in two to three days (if the weather holds). Also, Batil is inundated. Up to 2,000 refugees are being trucked there every day, but UNHCR can only put up 500 tents per day. They can’t keep up with demand. It makes sense to hold people at T3 for a few days. Then the transport to Batil refugee camp will be straightforward as the Jamam-Doro road (that leads to Batil) is made of maram and always passable.

So MSF has constructed a clinic, pharmacy, and observation tent in a few hours. We are ready with a NFI (non-food item) distribution so that each family can set up new temporary shelter. OXFAM have already constructed latrines and water points. Each time a truck arrives we naturally form a semi-circle around it, the medics at the front and the logisticians at the rear. I’m at the wing, also watching the refugees climbing over the side of the truck.

Our medical coordinator finds a child with severe pneumonia. They manage to stabilize her and get her in the ambulance to our Jamam hospital. All of our teams are finding severely malnourished children, elderly people that are dehydrated, children with ulcers, and lots of people with conjunctivitis. I find the mother and we rush over to the clinic. The child is hot but has stopped crying, puzzled that a non-African woman is carrying him.

It’s intense and overwhelming at times but it feels great to be gelling as a team and to be doing something positive for these refugees. But the last truck arrives at dusk. They could only fit in the women and children and the men had to walk. They will be walking for hours in the dark. Each time there’s a high it’s quickly followed by a low.