MSF Calls for Access to Patients in the Gaza Strip 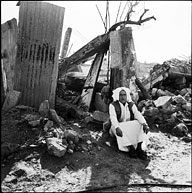 Gaza Strip, October 12, 2004 - The independent humanitarian medical aid organization Doctors Without Borders/Médecins Sans Frontières (MSF) continued to call on Israeli authorities today to allow the group access to its patients in the Gaza Strip. Despite multiple daily requests, MSF's teams have been denied the ability to reach the families in their care since September 28, 2004 when Israeli Defense Forces began "Operation Days of Penitence" which has divided Gaza into three parts.

MSF has received numerous pleas to secure food, water, and medicines for people trapped in Beit Hanoun, Beit Lahia, and Jabalia where the population is subjected to direct violence. Hospitals in the area are also under fire and medical authorities have asked MSF psychologists to provide their medical staff with emergency psychological debriefings. Even though MSF has the capacity to provide care and essential supplies, Israeli authorities continue to deny the team authorization to have access to the area.

An MSF staff member and her family were also shot at recently when trying to flee their partially destroyed home. Israeli authorities refused requests for an emergency evacuation until the following day. Officials were formally notified of MSF staff members living in the area last July.

MSF once again requests full and urgent access, according to humanitarian principles, to civilians in need in the Gaza Strip.

MSF has been working in the Gaza Strip since 2000, with psychologists and physicians treating families affected by the ongoing conflict.