Following weeks of no new cases, MSF is set to close an emergency cholera intervention in Somalia's Middle Shabelle region. 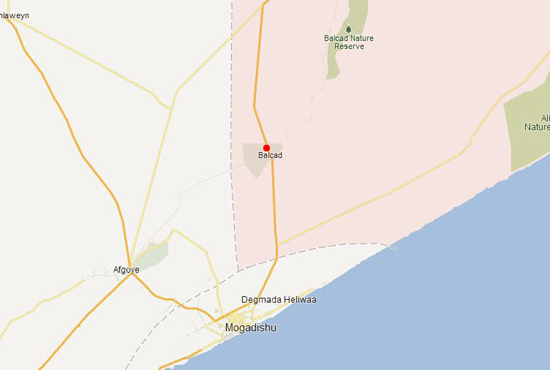 The town of Balcad in Somalia's Middle Shabelle region.

Doctors Without Borders/Médecins Sans Frontières (MSF) medical teams in Somalia’s Middle Shabelle region have been responding to a cholera outbreak that was first detected in late March. After the first cholera case was confirmed, the humanitarian organization opened a cholera treatment center (CTC) in the Middle Shabelle town of Balcad on March 28, and the CTC has admitted a total of 77 patients to date. Two infants died initially due to late arrival at the MSF health facility; the other 75 patients were successfully cured.

The majority of affected patients were children under five years old. In addition to treating patients, MSF teams also carried out chlorination of water sources and distributed water purifying tablets to affected communities.

No new cases have appeared in past two weeks, however, so MSF will close the CTC on May 20. Teams will continue to monitor the situation in the surrounding villages, while informing the population on how to prevent the spread of the disease.

Cholera is endemic in the region, and cases occur almost on a yearly basis. The bacteria that transmits cholera, vibrio cholerae, develops and spreads through water sources and through humans. MSF teams also set-up a CTC in Balcad last year, admitting some 150 patients.

Dehydration is the most common cause of death amongst cholera patients, and it is therefore essential that patients with watery diarrhea visit the closest health facility. The broad diffusion of preventive messages—such as the drinking of safe boiled water, regular hand washing with soap, and use of latrines—helps control the expansion of the disease, as does the chlorination of infected water sources and reservoirs. Up to 50 percent of patients risk dying if they are not given appropriate medical care in due time; children are most at risk.

MSF responded to the cholera outbreak in Middle Shabelle as an emergency project. The medical organization will not step up its activities or open up new projects in the country until its two colleagues—Montserrat Serra and Blanca Thiebaut—who were abducted in Dadaab and have been held in Somalia since October 2011 are reunited with their families.