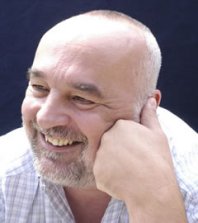 Paul Foreman (45 years old) has worked for MSF since 2002. He has worked as head of mission for MSF in Congo-Brazzaville, Angola, and Iraq. Foreman is originally from Carlshalton, United Kingdom.

Khartoum/Amsterdam, May 30, 2005 – The international medical humanitarian organization Doctors Without Borders/Médecins Sans Frontières (MSF) confirms the arrest of its Head of Mission Paul Foreman, a British national, in Khartoum, Sudan. MSF's Head of Mission has been charged with crimes against the state. MSF is being accused of publishing false reports, undermining society in Sudan, and spying. MSF is outraged by the charges and rejects any notion that the report is false. Paul Foreman has been released on bail early this evening, but is not allowed to leave the country.

The charges relate to MSF's report "The Crushing Burden of Rape: Sexual Violence in Darfur" which was published on 8 March 2005. Faced with hundreds of women and girls seeking medical care following rape and sexual violence in Darfur, MSF wrote and published the report in order to raise awareness about the ongoing violence against women. It is noteworthy that the report does not accuse the government of Sudan.

MSF defends its right to speak about the humanitarian situation in Darfur and views these baseless charges as intimidation against the humanitarian community by the Government of Sudan. "As providers of medical assistance and as human beings we find it impossible to stay silent when we are witnessing these abuses – wherever they occur. MSF wants to make people and governments aware of these serious violations so that real action is taken to stop them," said Geoff Prescott, General Director of MSF in Amsterdam, Holland. "Everybody who has looked into the situation in Darfur, including the government of Sudan, has concluded that rape is a problem."

While distressed by this latest development, MSF remains extremely concerned about the continued level of violence and deplorable living conditions affecting the population in Darfur.

MSF has been working for more than 20 years in Sudan providing health care and emergency aid to millions of Sudanese civilians. MSF is the principle partner of the Sudanese Ministry of Health in the battle against the kala azar and has treated more than 60,000 Sudanese infected with the disease. In the last 12 months in Darfur alone, MSF has provided almost a million medical consultations and treated more than 50,000 children suffering from malnutrition. MSF is not only working in Darfur, but throughout the Sudan, bringing medical care to Sudanese afflicted by epidemics and conflict.