A federal judge in San Francisco has temporarily blocked a new United States government policy to restrict asylum along the southern border only to people arriving at ports of entry.

Jason Cone, executive director of Doctors Without Borders/Médecins Sans Frontières (MSF)-USA, made the following statement regarding the policy:

"The latest United States presidential proclamation to limit migration denies many Central Americans the right to seek asylum and puts thousands of lives at risk. While a judge has temporarily blocked the order, the asylum ban, in its current form, would force vulnerable people to remain trapped amidst criminal groups in countries wracked by violence.

People fleeing violence in Central America have a right to seek asylum regardless of how and where they enter the US. Asylum seekers must receive a fair hearing and due process, and must be treated humanely, including through the provision of medical care, protection, and humanitarian assistance.

In Mexico, Doctors Without Borders/Médecins Sans Frontières (MSF) provides humanitarian assistance to people escaping horrific levels of violence in El Salvador, Honduras, and Guatemala. Many have survived the murder of family members, kidnapping, recruitment by armed groups, extortion, and sexual violence. Many of them fear death and violence if they are forced to return home. 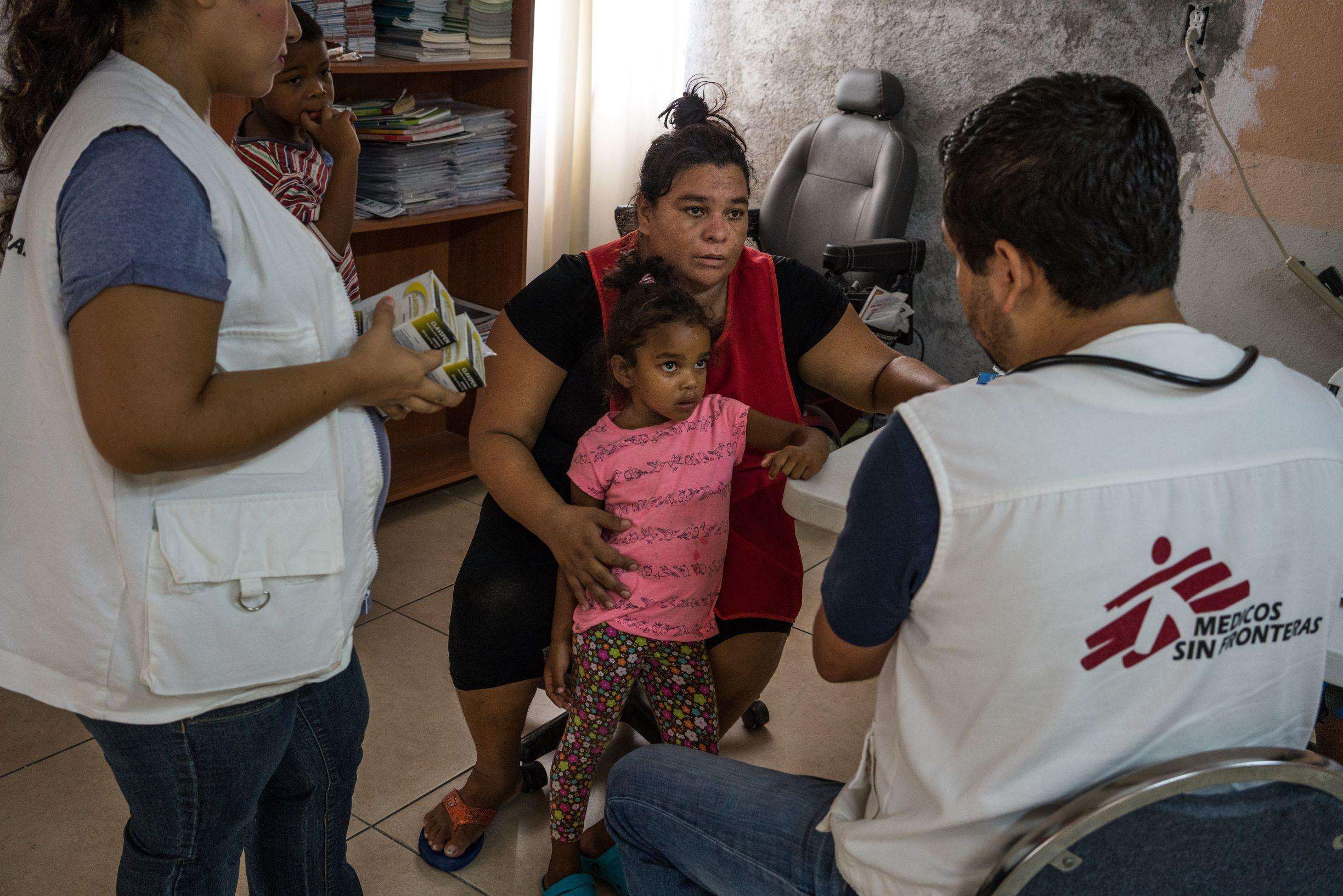 Some 500,000 people flee the countries of the Northern Triangle annually, displaced by threats, extortion, forced gang recruitment, and homicide rates that rival those in countries at war.

Mexico is not a safe place for people fleeing Central America. Close to 70 percent of MSF patients in Mexico are victims of violence during the few weeks they spend transiting the country. Through its medical consultations, MSF has discovered that people on the move are extremely vulnerable to extortion, kidnapping, torture, ill treatment, disappearance, and sexual abuse along the US-Mexico border.

The presidential proclamation leaves Central Americans stranded at the border in Mexico, further exposing them to a vicious cycle of violence with unacceptable medical and humanitarian consequences.

Contrary to US government statements about unprecedented numbers of migrants at the US border, annual arrivals have been on a downward trend for the past 20 years. What has changed is the demographics of the population. Since 2014, and particularly in 2017-2018, the number of Central Americans applying for asylum has increased drastically. Widespread forced displacement in Central America is causing a clear humanitarian crisis that demands a humane, compassionate response.

At minimum, the US government must adhere to its own laws and international commitments to uphold the universal right to asylum. The new asylum restrictions ordered by the president violate domestic and international laws and standards, and place vulnerable people in danger. On behalf of our patients, we call on the US to honor its legal obligations to assist and protect people fleeing violence."