MSF is helping to fight an outbreak of Ebola virus in western Uganda. 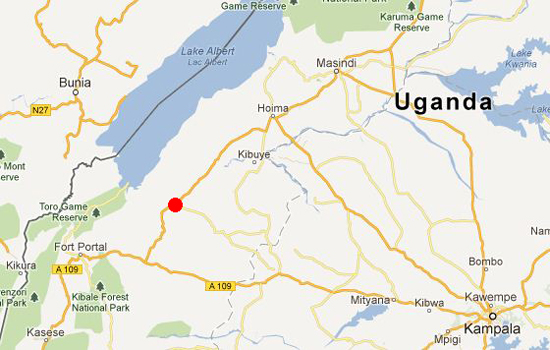 MSF is treating an outbreak of Ebola in the town of Kigadi.

KIGADI, UGANDA JULY 31, 2012—An emergency team from the international medical humanitarian organization Doctors Without Borders/Médecins Sans Frontières (MSF) is helping to fight an outbreak of Ebola virus in western Uganda.

The outbreak, in the town of Kigadi in Uganda’s Kibaale district, was confirmed by the Ugandan government on July 28. So far, at least 14 people have died, while at least 20 more are thought to be infected. Additional MSF teams in Uganda are closely monitoring the situation.

“It’s very important to react quickly to find where the disease is focused and to isolate it as fast as possible,” said Olimpia de la Rosa, MSF’s emergency coordinator for the Uganda Ebola intervention. “It is also essential to take care of the caregivers, which means supporting and working closely with the Ugandan health teams who are already struggling to stop the virus from spreading.”

The MSF team’s priorities are to identify and care for people who have been infected and those who have been in contact with them, and to ensure that emergency medical services are functioning. The team will also work to identify how and where the virus is spreading, and to isolate infected people, so as to limit transmission of the disease.

Ebola hemorrhagic fever spreads rapidly through direct contact with infected people or animals, and can be transmitted through blood, bodily fluids, and even contact with clothes worn by an infected person. It is caused by a virus first identified in 1976 in Sudan’s Western Equatoria province and in Zaire (now Democratic Republic of Congo). Stringent infection control measures are crucial to limit the deadly spread of the virus.