MSF Treats More Than 4,000 for Cholera in DRC's Katanga Province

About 100 have died since the outbreak 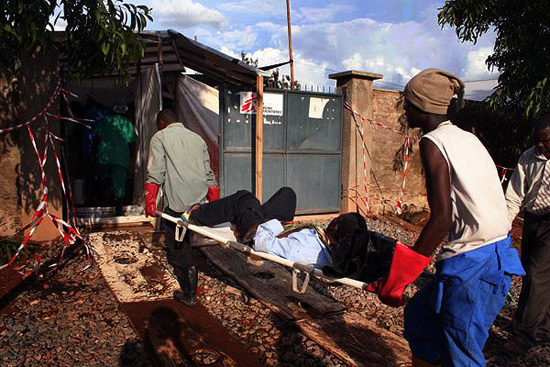 Cholera cases are still on the rise in Katanga province, in the southwest of the Democratic Republic of Congo (DRC). Since late September, a total of 4,029 cases have been reported by Doctors Without Borders/Médecins Sans Frontières (MSF) emergency teams in the cities of Lubumbashi, the economic capital, and Likasi, a city of 350,000 people. At least 97 patients have died.

"MSF can now treat patients adequately in two cholera treatment centers in Lubumbashi and in a third center installed in Likasi," says Bertrand Perrochet, coordinator of MSF’s DRC emergency pool. "However, it seems that we have not yet reached the peak of the outbreak, as the number of patients is still increasing in the two cities."

In Lubumbashi, since the end of September 2007, MSF has treated 2,543 cholera cases, with 27 percent of those occurring during the first week of February. So far, a total of 49 people have died at these centers.

In Likasi, located at about 60 miles north of Lubumbashi, MSF has admitted 1,486 patients to its cholera treatment center since late December. Forty-eight patients have died, with nearly half of these deaths occurring over the last week. Epidemiological data confirm an increasing trend: cases have gone from 275 in the third week of January to 404 in the first week of February. There continues to be many new admissions—about 60 new cases per day—with an average of 160 patients hospitalized at the clinic at any given time.

"In terms of treatment, we can deal with the increasing number of patients, but the causes of the infection must be more strongly tackled," says Perrochet. "We are very concerned, mainly because of the lack of access to safe water in the heavily populated neighborhoods of Lubumbashi and Likasi. To stop theses cholera outbreaks, much more needs to be done in terms of water."

The city of Likasi, in particular, has faced major problems with its water supply. Contaminated sources of water seem to be the cause of the epidemic and its aggravation in Kikula neighborhood, where about 90 percent of the patients have come from. "Responding to this problem requires considerable means and an investment in the long run," says Perrochet. "Yet, if nothing is done, the outbreak may not only increase, but also spread to other locations."

According the United Nations, less than 50 percent of the population of Katanga province has access to drinkable water.