Among 208 refugee and asylum seeker patients, 124 had suicidal thoughts and 63 had attempted suicide

CANBERRA, AUSTRALIA/NEW YORK, DECEMBER 3, 2018— Australia's more than five-year-old policy of indefinitely processing refugees and asylum seekers on the Pacific island nation of Nauru is having a disastrous effect on their mental health, leading many to contemplate or attempt suicide, Doctors Without Borders/Médecins Sans Frontières (MSF) said in a report released today. 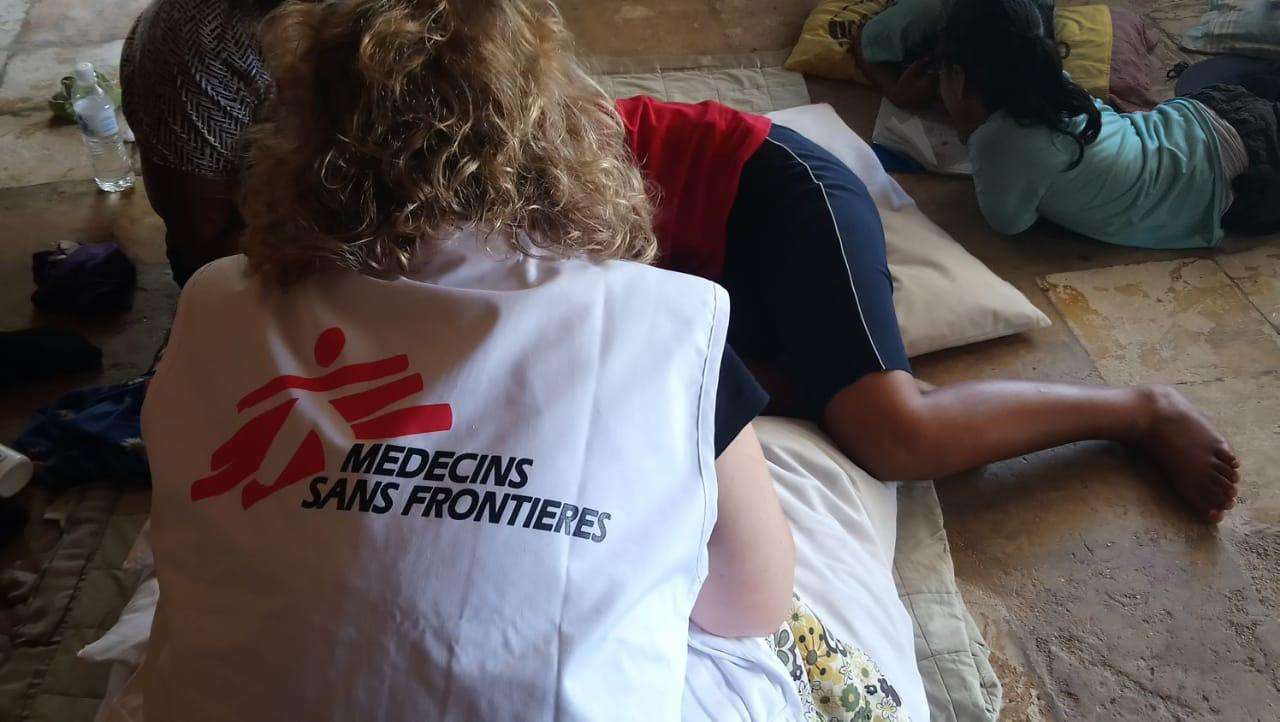 The Nauruan government forced MSF to leave the island in early October, and MSF remains deeply concerned for the ongoing care of the patients left behind, including asylum seekers, refugees, and Nauruans. Among the 208 refugees and asylum seekers treated by MSF, 124 had suicidal thoughts and 63 had attempted suicide—a level of mental suffering that is among the most severe MSF has ever seen among its patients anywhere.

"The medical data we release today confirms the heartbreaking reality that I witnessed on Nauru," said Dr. Christine Rufener, clinical psychologist and MSF mental health activities manager. "Every day I worried which of my patients might attempt to take their own lives, because after five years of waiting people had lost all sense of hope."

MSF strongly reiterates its urgent call for the Australian government to end its policy of indefinite offshore processing and immediately evacuate all refugees and asylum seekers from Nauru, including men, women, and children, to avoid further deterioration of their health.

Although three-quarters of refugee and asylum seeker patients reported experiencing traumatic events before reaching Nauru, such as conflict situations or detention, MSF's report shows that it was the situation on Nauru that was most damaging to their mental health. Twelve adults and children were diagnosed with resignation syndrome, a semicomatose state in which they were unable to eat or drink. A total of 65 percent of asylum seekers and refugee patients felt they lacked control over their lives, and these patients were significantly more likely to be suicidal or diagnosed with major psychiatric conditions.

"While many of our patients had experienced trauma, it was the Australian policy of indefinite processing that destroyed all their hope for the future and devastated their mental health," said Dr. Rufener.

The mental health situation of Nauruan patients was also severe; almost half the patients had psychosis, with many requiring psychiatric hospitalization that was not available.

Strikingly, more than half of MSF's Nauruan patients showed improvements in their mental health functioning under MSF's care, while only 11 percent of asylum seeker and refugee patients improved.

"Our Nauruan patients' mental health improved in a way that was not mirrored in our asylum seeker and refugee patients, despite receiving the same quality of care. This illustrates that living under a policy of indefinite processing creates a perpetual state of despair, making it impossible for asylum seekers and refugees to recover," said Dr. Stewart Condon, president of MSF Australia. "The current mental health crisis on Nauru is tragically predictable. After five years of arbitrary deprivation of liberty, the situation is desperate. The Australian government must stop this brutal policy and immediately evacuate all refugees and asylum seekers from Nauru, as well as Manus island. There is no time to waste."

MSF calls on Australia to immediately end the containment of asylum seekers and refugees offshore. MSF welcomes any resettlement options, including New Zealand's proposal, as long as these options are fast, voluntary, respect family unity, and allow for people to rebuild their lives and mental health.

MSF began providing psychological and psychiatric health care on Nauru in November 2017, under a Memorandum of Understanding with the Nauruan Ministry of Health. Mental health support was available to everyone living on Nauru under a "one-door-for-all" strategy. A total of 73 percent of MSF's patients were refugees or asylum seekers, while 22 percent were Nauruan nationals (the rest were foreign workers or had unknown status). On October 5, 2018, the Nauruan government told MSF that the organization's services were "no longer required" and that MSF needed to cease activities within 24 hours.