Since December 2017 the international coalition led by Saudi Arabia and the United Arab Emirates has intensified its airstrikes against Houthi rebels in northwest Yemen, leaving people living in the region more vulnerable than ever. The United States, United Kingdom, and France also provide support to the coalition.

Just a few kilometers from the frontline lies Haydan village in Saada governorate, a mountainous region with almost no medical facilities. The endless barrage of airstrikes has made transport here extremely challenging.

In March 2017, Doctors Without Borders/Médecins Sans Frontières (MSF) teams returned to the hospital in Haydan after it was bombed and destroyed by Saudi warplanes in October 2015. Now they provide health care to isolated communities in Haydan, as well as the remote surrounding area.

Here, patients at the hospital describe their experiences in their own words, providing a glimpse into the dire conditions the people of this region have endured over three years of grinding conflict. 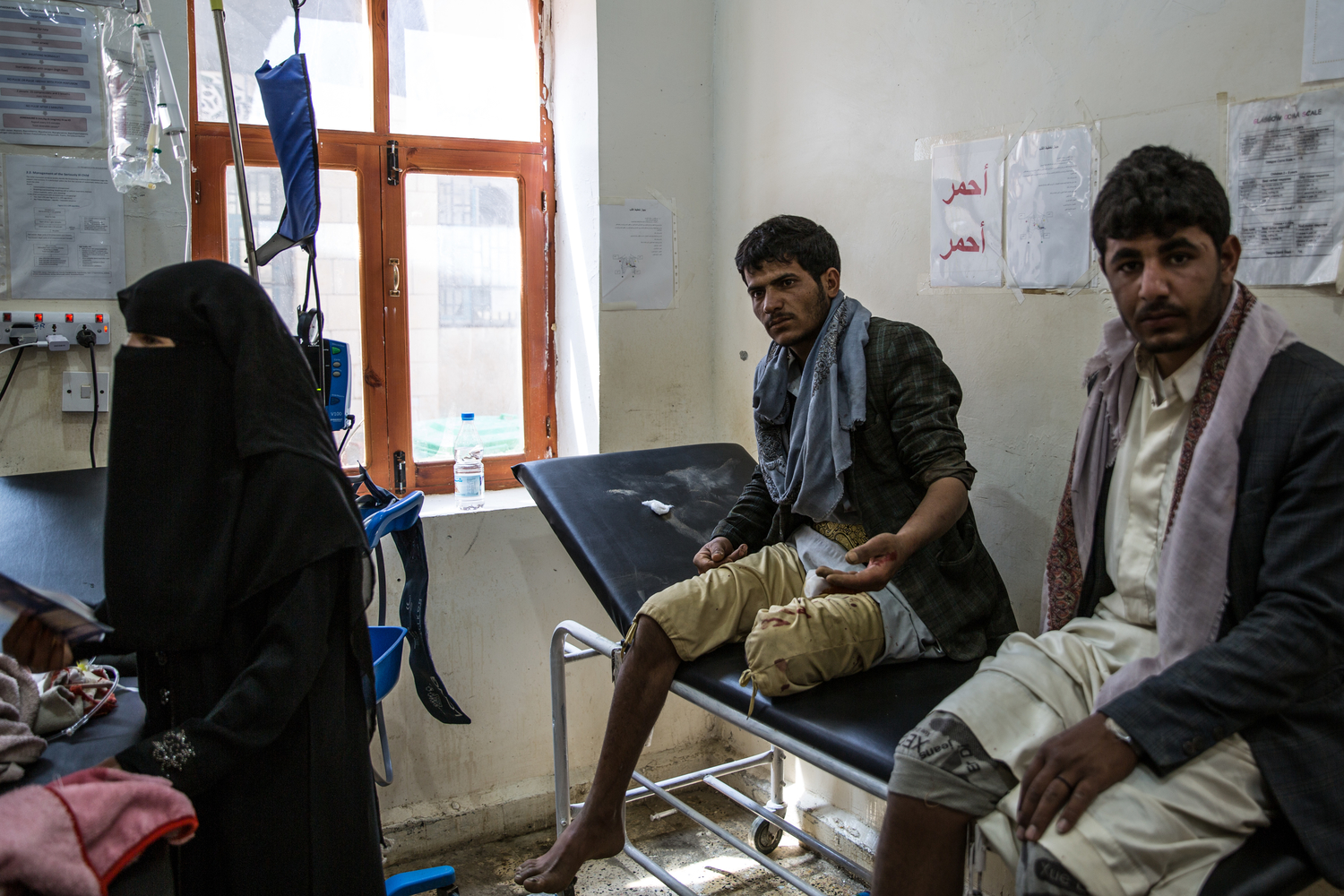 His face half-hidden by his arm, Mohammad lies on a bed in the emergency room in the hospital in Haydan. The shrapnel wounds in his leg and abdomen are severe. He waits silently for the ambulance that will take him for surgery in another hospital an hour and a half away. Mohammad was on his way to Friday prayers at the mosque when an attack hit near the Houthi stronghold of Maran.

The explosion seemed to come out of nowhere. “One minute I was walking down the road, and then I woke up here,” he says. “Was it a bomb or a rocket? I have absolutely no idea.” Mohammad lost consciousness after the impact and was picked up by passersby who brought him by car to the hospital, where the MSF team stabilizes war-wounded patients before referring them to one of the hospitals in Saada. 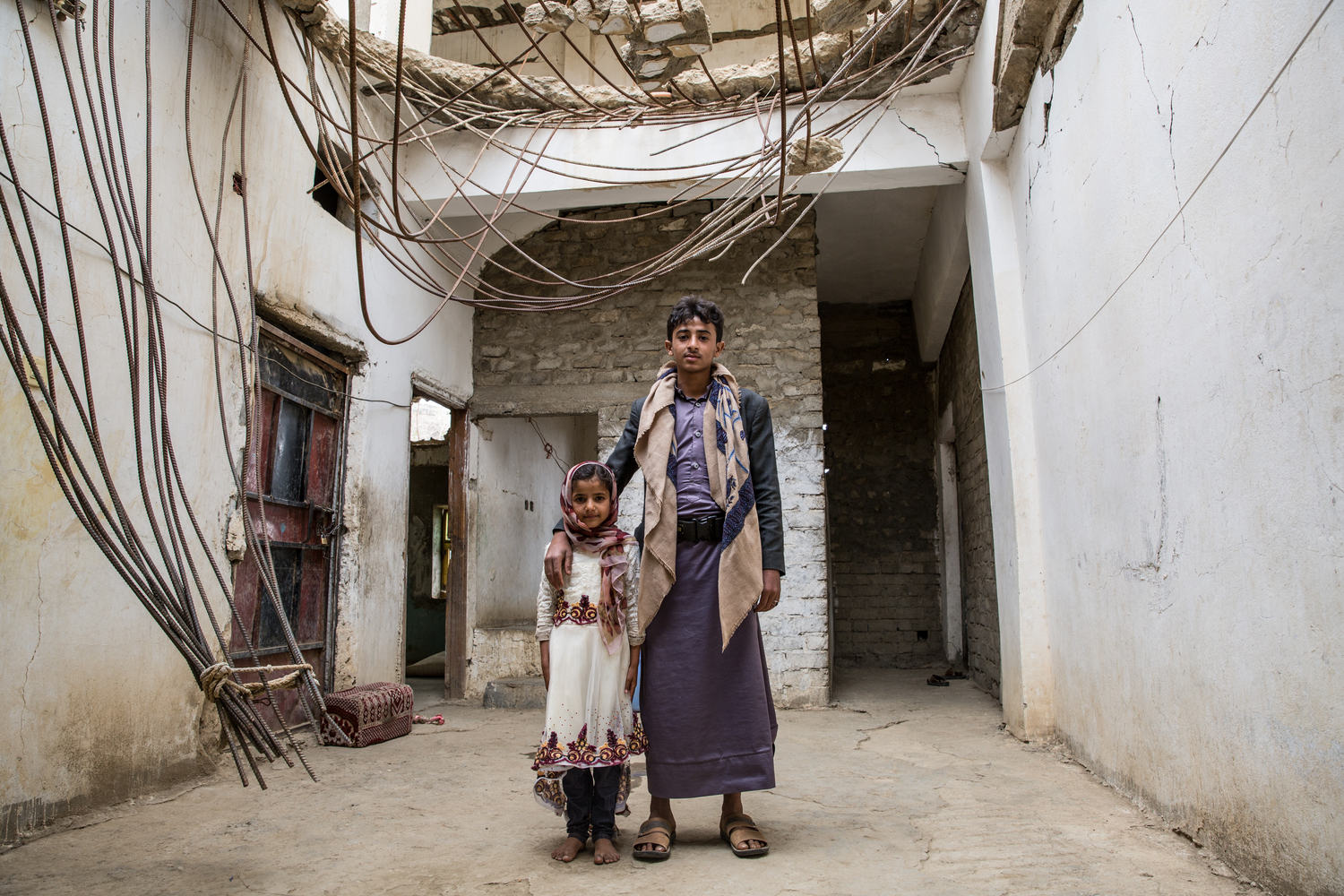 Formerly a court clerk in Saada, Mohammad is not a combatant. He fled the fighting in Saada for Yemen’s capital Sana’a, where he now lives with his family. He had gone to Saada governorate to try and get his salary, which he has not received since September 2016—a problem shared by some 1.25 million other Yemeni government employees.

Because transportation is so difficult near the front lines, war-wounded people often take too long to get to the hospital in Haydan and, as a result, are often in critical condition by the time they arrive. MSF teams refer these patients to hospitals in Saada. “What we see most are bullet wounds and injuries like shrapnel wounds sustained during bombing raids,” explains Frédéric Bonnot, MSF project coordinator in Haydan.

In March 2018, ground conflict between the Houthis and the Saudi- and Emirati-led coalition forces supporting Yemeni president Abed Rabbo Mansour Hadi was a daily occurrence along almost all the borders of Saada governorate. Kitaf in the east, Baqim in the north, and Razeh in the west were particularly affected by the fighting. 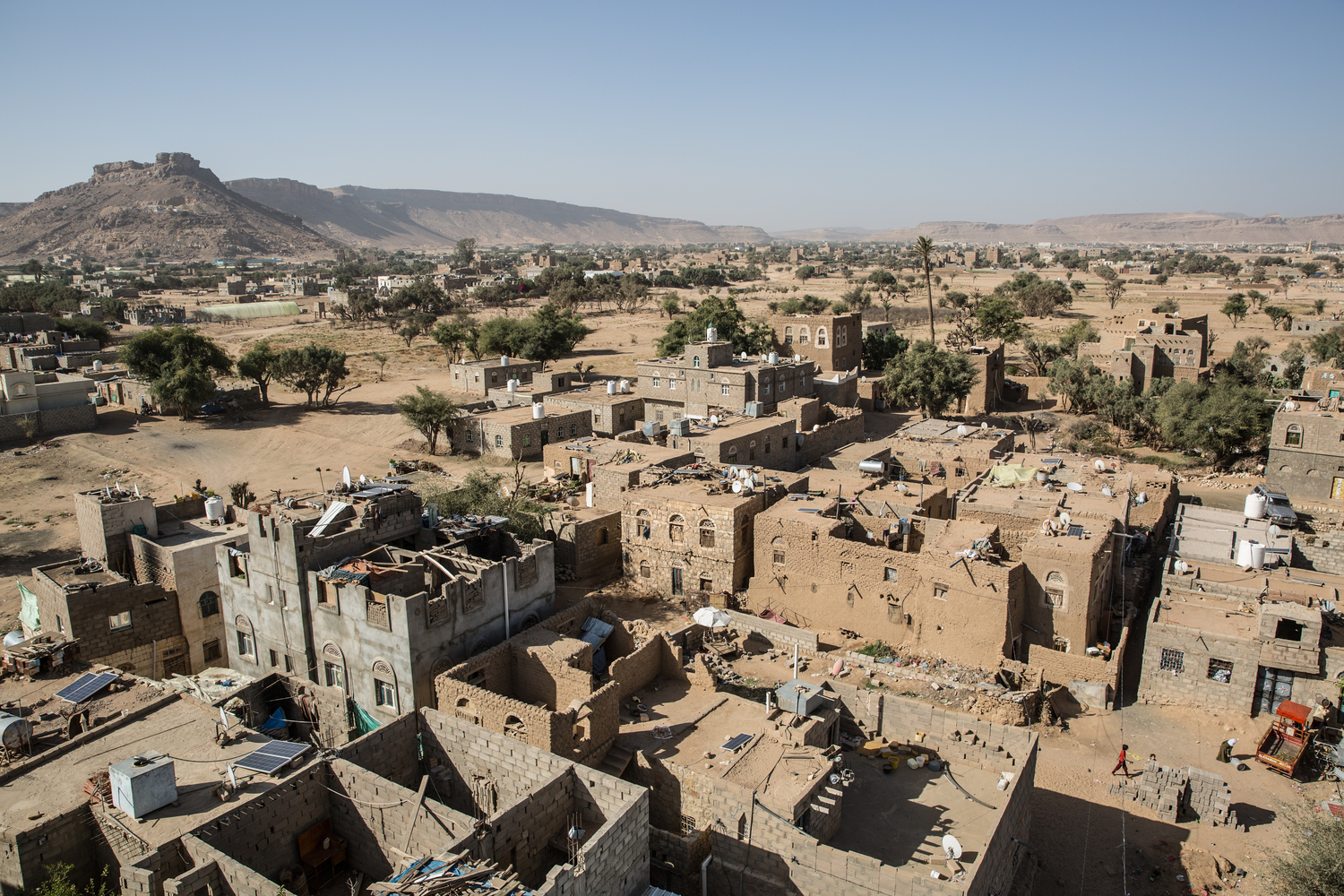 Even before the most recent conflict broke out in March 2015, Saada’s residents were among the most vulnerable in Yemen. The governorate was the scene of intense fighting during a succession of wars between the Houthis and then-president Ali Abdallah Saleh’s armed forces from 2004 to 2010. Extremely high levels of stunted growth due to malnutrition have been observed among children under the age of five in Saada governorate, according to a nutritional situation analysis carried out be Epicentre, MSF’s epidemiology arm, and published in January.

Since the end of 2017, coalition airstrikes have escalated in Saada governorate, which was targeted by one-third of the 541 airstrikes recorded nationwide in December by the Yemen Data Project.

According to the organization, this was the highest number of bombing raids registered in one month since January 2017—up 67 percent from November. The aerial bombardment campaign began after Houthi missiles were fired towards Saudi Arabia and its capital, Riyadh. “As soon as a missile is fired at somewhere in Saudi Arabia, the Saudis respond almost immediately by bombing Saada,” says MSF project coordinator Bonnot. 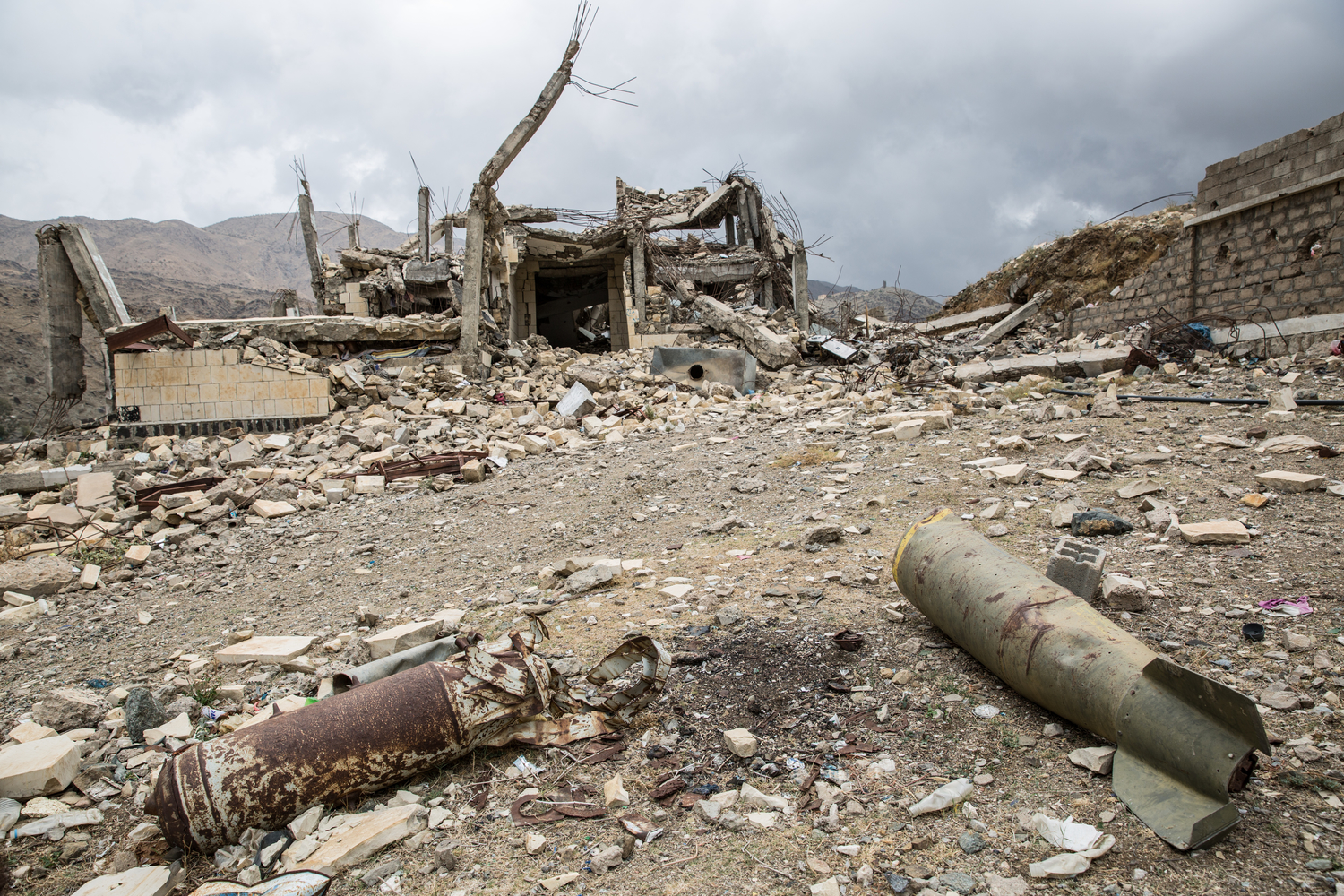 Roads are routinely targeted, particularly those of strategic value. “The road passing through Saaqain district, which we use to go from Haydan to Saada, has been targeted several times since the beginning of the year,” says Bonnot. “It’s the same in Yasnim, where we provide support to a health center. This is impacting our ability to get around and refer patients to hospitals in Saada. There can be delays, and it’s often a question of life or death.”

19-year-old Qoussor waited an hour and a half on the side of the road before finding a car that would take her and her newborn son to the hospital in Haydan. Her baby, Nabil, is just six weeks old, and for the past few days he’s had trouble breathing. Even though Qoussor lives nearby, just on the other side of the mountain in Maran, the airstrikes that continue day after day mean there is little available transport in the area and the limited options are expensive.

“It’s really difficult for people in Maran to get around,” says Qoussor. “Either there are no vehicles available because the bombing is too heavy or we don’t have the money to pay for it.” But due to Nabil’s poor health they had no choice but to make the journey to the hospital. Nabil will spend a week there recovering. 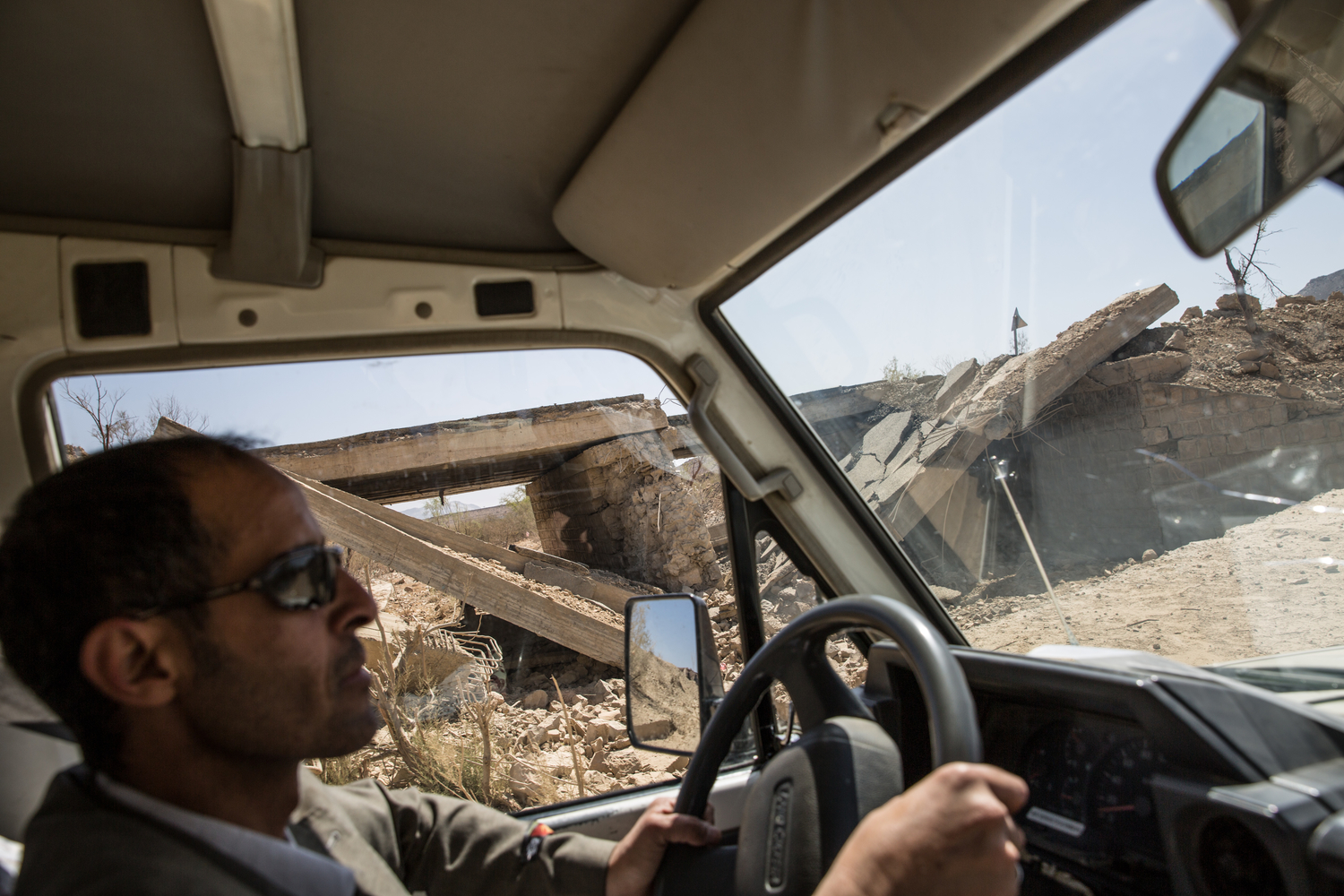 The cost of transport remains a major obstacle for Yemenis in need of health care. “More patients come to the hospital in Haydan on market days,” explains Bonnot. “On Wednesdays and Saturdays there is more transport available from the more remote areas in the mountains and the valleys, and families needing medical treatment take advantage of it.”

Another less-visible consequence of the war is the inflated price of commodities, particularly raw materials, which has risen sharply since 2015. This makes life even tougher for people in Yemen. The price of gasoline has doubled in the past three years, and the cost of wheat flour has risen by more than 50 percent.

According to the World Food Program, imports increased in January and February 2018. But scarcity of essential imported food and fuel commodities continued in March 2018. There are several reasons for this: the imposition of taxes in Sana’a on goods from Aden and other ports in the south of the country, trading practices that include stockpiling merchandise to push prices up, travel restrictions, and trafficking associated with the conflict. 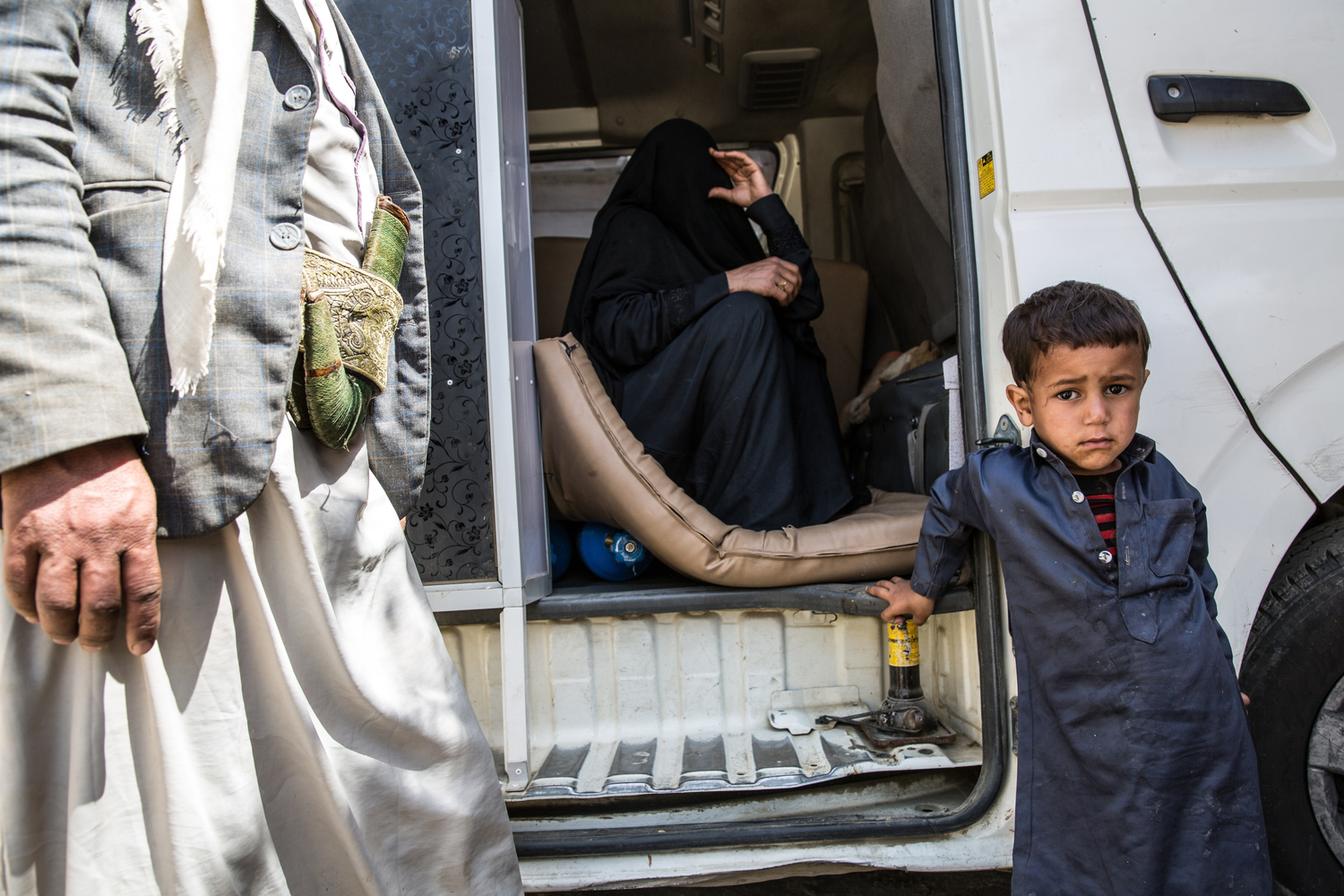 This situation weighs heavily on the daily lives of people in Yemen like Qoussor, who, at the age of 19, has known almost nothing but war. Maran, the town where she was born and grew up, suffered from intense conflict during the Saada War, which lasted from 2004 to 2010. Back then, underground shelters were constructed where people could take refuge during airstrikes. Tunnels dug in the mountain lead to caves rarely more than a meter high.

These shelters are still used by the population when the bombing is fierce and families no longer feel safe in their homes. The last time they were forced to seek refuge, Qoussor and her relatives spent two days in the caves, rationing bread they managed to bring with them.