A year ago today,  Philippe Havet and Andrias Karel Keiluhu were killed while delivering emergency medical assistance in Somalia. 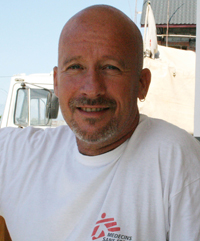 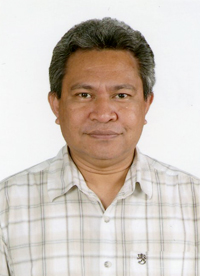 December 29, 2012 - It is with great sadness that Doctors Without Borders/ Médecins Sans Frontières (MSF) remembers that one year has passed since our two colleagues, Philippe Havet and Andrias Karel Keiluhu (“Kace”), were brutally murdered in Mogadishu.

Philippe, a 53-year-old emergency coordinator from Belgium, and Kace, a 44-year-old medical doctor from Indonesia, were working with MSF teams to provide emergency medical assistance to displaced and resident populations affected by the conflict in Somalia.

“Philippe and Kace are greatly missed and today we extend our heartfelt sympathy and condolences to their families and friends,” said MSF General Director Christopher Stokes.

Following their tragic murders, MSF decided to close two large medical centers in the Somali capital. However, MSF continues to operate 10 projects throughout Somalia and provides medical and humanitarian aid to thousands of Somali refugees in camps across the border in Ethiopia and Kenya.

Today, two other MSF employees, Blanca Thiebaut and Montserrat Serra, are still being held against their will in Somalia after being abducted from the Dadaab refugee camp in Kenya on October 13, 2011. MSF once again condemns this act of violence and demands their immediate release.