Providing HIV Care to Vulnerable Populations in the “Corridor”

In many contexts where Doctors Without Borders/Médecins Sans Frontières (MSF) works, key populations (also referred to as most-at-risk populations) such as sex workers and men who have sex with men have a higher risk of contracting HIV and a lower ability to access antiretroviral care due to stigma, discrimination, and their high mobility.

New HIV prevention methods like pre-exposure prophylaxis, or PreP, are a promising tool to curtail the progression of the HIV pandemic, but access remains limited in the most affected areas of southern Africa. In order to find innovative ways to increase access to lifesaving antiretrovirals (ARVs) and  PreP methods for key populations, in 2014 MSF launched an ambitious project in the “Corridor,” a busy trade route used by truckers hauling goods throughout southern Africa. The project operates in Mozambique and Malawi, with recent extensions into Zimbabwe.

Patient names have been changed to protect anonymity.

When PreP is rolled out in Sub-Saharan Africa, it will have a very different face than in the West. A tough one, like Mary’s.

Mary is from Zimbabwe, but she lives in Beira, Mozambique. She sits with a dozen other Zimbabwean sex workers on a cement floor outside the guesthouse where she lodges. Her arm is in a cast. “Who did that to you?” asks Edna, a MSF peer educator. Mary shrugs. “My boyfriend,” she says. “We had an argument.”

“You know you should go to the police, right?” says Edna. “He can’t do that to you. That’s human rights.”

Another shrug from Mary. “We’ll see,” she says.

Beira is a busy harbor city, the beginning and end of truckers’ routes throughout southern Africa. For women, this is where the money is—not in their impoverished villages in Zimbabwe. When sex is sold for as little as 50 Mozambican meticais (about one dollar), they need many clients to be able to send money to their families back home. “It’s purely business, you know, no time for romance,” explains Edna. “The guy needs to be ready from the start. If he’s not done quickly, he pays more, or too bad for him.”

At night in Beira’s hot spots, women stand modestly under tall coconut trees with their feet in the sand. “It’s mostly the Mozambican girls who work here,” explains Sandrine Leymarie, an MSF patient support officer. She points at an open room behind the shop, its ground littered with trash. This is the place where sex transactions take place, a grim reality behind the neighborhood’s deceptive quaintness.

Downtown, on Avenida Robert Mugabe, groups of women in short skirts and open shirts wait for their clients; they’re mostly from Zimbabwe. A 2012 survey counted 714 professional sex workers in Beira. Within the first 18 months of activity in the city, MSF’s “Corridor” project enrolled over 600 sex workers (about 90 percent of the number found in the survey), thanks to a group of peer educators who actively engaged with sex workers. However, if the number of individuals who only engage in sex work occasionally is added to those who do so regularly, the potential number of sex workers in Beira is likely to be as high as 7,000.

It’s Monday, a slow night, but transactional sex is everywhere. No condoms are readily available for sex workers in Beira. If MSF or another humanitarian organization doesn’t distribute them for free, sex workers need to use money from clients to purchase their only protection from HIV. It’s no wonder, then, that the virus is rampant: 30 percent of the women in Beira surveyed by MSF who were HIV negative had contracted the virus within twelve months.

The lack of free condoms, and the unwillingness of many clients to use them, is just one obstacle to accessing HIV protection for women who engage in sex work. Many Zimbabwean sex workers are reluctant to go to health centers out of fear of stigmatization. Sex workers also don’t have access to post-exposure prophylaxis medications that can prevent them from contracting HIV after unprotected intercourse. For this reason, Gloria, a Zimbabwean woman who has been living with HIV for over ten years, regularly travels back home or has someone bring her ARVs to Beira. She’s proud to be virally suppressed, and her eight-month-old baby is HIV negative. But this solution is not sustainable for the thousands of foreign women in need of HIV protection. “So, do we need to first treat a sick health system?” asks Christophe Cristin, MSF field coordinator in Beira. 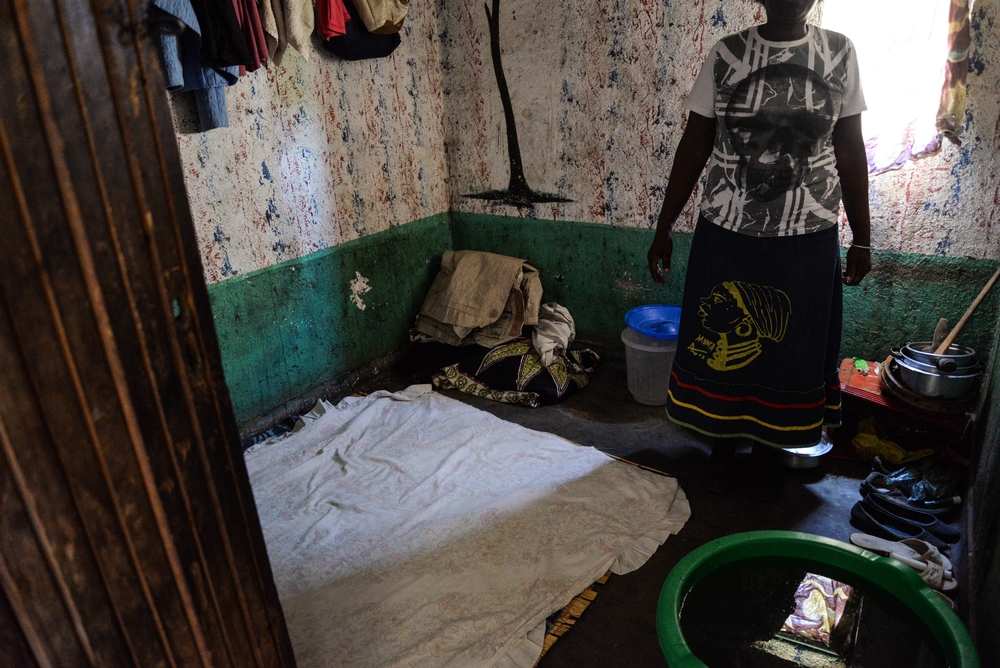 There is wide consensus amongst HIV policy makers and donors that most-at-risk groups should be a target for ambitious projects against HIV, as they are essential to controlling the epidemic. It’s not only a matter of promoting condom use, but also increasing antiretroviral availability and access for vulnerable groups.  A combined use of such methods drastically reduces the risk of transmitting the virus to others. But how to do it remains an unanswered question.

MSF is testing ways to increase access and improve adherence to treatment through the “Corridor” project. Between locations in Mozambique and Malawi, MSF’s project supports care for over 3,800 sex workers and 4,500 truck drivers (many of whom are their clients). MSF also works with men who have sex with men, an extremely hard to reach group due to intense discrimination and criminalization. MSF aims to reach out to 200 of them to offer early treatment and ensure adequate care. “Our dream is to find a way to ensure continuity of care for these vulnerable and highly mobile groups,” explains Marc Biot, MSF coordinator of operations for southern Africa.

The first hurdle was assembling teams willing to work with highly stigmatized populations. In Beira, MSF made headway by enrolling nine peer educators who were former sex workers, as well as two men from Lambda, the only Mozambican association for men who have sex with men.  Just as challenging was gaining the trust of these patients, who are sadly used to discrimination and wary of outsiders. “It’s tough, you know?” says Patty Marume, an MSF counselor in Beira. “At the beginning you get insulted a lot. The girls will call me at 4:00 a.m. with a question, and complain to my boss if I don’t pick up the phone. But now I have my techniques, I know how to handle them, and it’s much better. They need us, you know?” 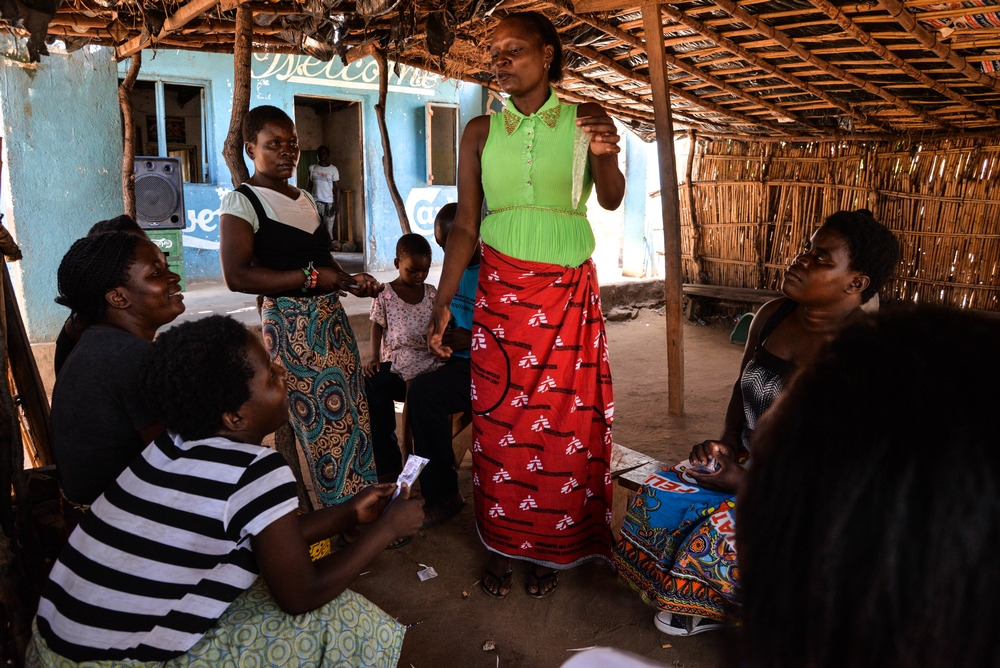 Reaching out to the most vulnerable requires considerable investment in time and human resources. But who better than a former or active sex worker to understand the background and experiences of these patients and show them how to adapt HIV prevention methods to their situation?

“I’m proud of working as a peer educator,” says Cecilia Mondar Khanje, an MSF peer educator in Zalewa, Malawi. “I feel like I’m a good example to the other sex workers. As a peer educator, I help MSF teams make contact with the girls. If some girls default on their treatment, it’s my job to search for them and encourage them to go back to care. Every day I talk to the girls about hygiene, sexually transmitted diseases, tuberculosis testing, etc. I work hand-in-hand with the counselor: we get the girls to take an HIV test; if they are negative, we explain to them how to stay so, and if they are positive we [send] them to the clinic to get on treatment. They’re willing to go there because everything is kept confidential and, unlike in most other clinics, they’re not badly treated by the staff because of their work. The fact that everything is for free also helps quite a lot.

“I’m always happy that I can help them because I know I’m part of them. I’m in their shoes. The girls know me, they see me with them every day, and as a result they trust me more than they would trust anybody else. And it’s a very difficult to gain their trust!”

People walk along the Beira 'corridor' on October 17, 2014 in Beira, Mozambique. The Beira corridor is a strip of land running from the Indian Ocean port of Beira, Mozambique's second city, to Zimbabwe’s eastern border and up to Zambia and Malawi, all three land-locked countries. Mozambique’s mining boom has attracted migrant workers and sex workers from the subregion, two “key populations” particularly vulnerable to infection by HIV. MSF is providing tailored services for them in an effort to curb transmission of the epidemic. AFP PHOTO/GIANLUIGI GUERCIA
GIANLUIGI GUERCIA/AFP PHOTO