Doctors Without Borders/Médecins Sans Frontières (MSF) says a new combination of drugs created to treat extensively drug-resistant tuberculosis (XDR-TB) is having a significant impact on a group of patients in the midst of a two-year treatment to cure their disease.

In 2013, an MSF team in Grozny noticed that a growing number of patients with multidrug-resistant TB (MDR-TB) were not responding to second-line drugs, and there was no alternative medication available in the country to help them.

MSF approached the Ministry of Health (MoH) with a proposal to tackle XDR-TB in a new way, and in April 2014 began treating patients suffering from XDR-TB with a combination of second-line TB drugs and a new TB drug called bedaquiline. Four additional re-purposed drugs recognized by the World Health Organization are also being used, including clofazimine (commonly used for leprosy), linezolid, amoxicillin/clavulanic acid, and imipenem/cilastatin (commonly used for other infections). This combination of drugs has never been used before in the Russian Federation.

To date, MSF has initiated 51 patients on the new bedaquiline drug regimen. Over the course of the two-year treatment each patient will receive a different combination of drugs according to the severity of their illness. The 28 patients who require imipenem/cilastin are being treated in-hospital because they need a surgical procedure to insert a catheter to administer the drug.

MSF is now in the process of handing the management of its drug-sensitive and multidrug-resistant TB patients back to the MoH in order to focus its energies on XDR-TB patients. Dr. Animesh Sinha says that the first outcomes look very promising: “With the new regimen we have seen excellent results that would have been unthinkable before.”

MSF has also started treating patients suffering from both TB and diabetes, as people who suffer from the latter can be more prone to contracting TB. A total of 12 patients are currently enrolled in the program. 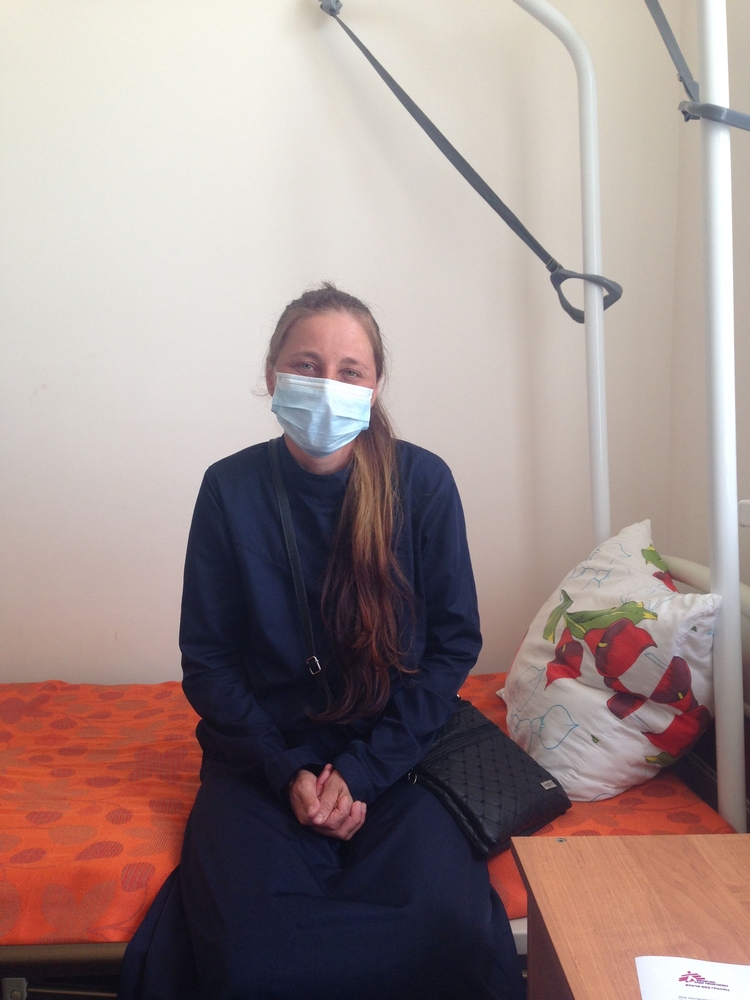 Elena is a 35-year-old resident of Grozny, Chechen Republic, in the Russian Federation. MSF diagnosed her with XDR-TB in December 2013.  Due to an absence of drugs for this form of tuberculosis, she was put on standard treatment for MDR-TB. With the introduction of the new drug regimen containing bedaquiline, Elena began her new treatment in October of 2014. Within two months her culture tests showed she was negative for tuberculosis. She no longer has a cough or fever and has gained about 22 pounds. Elena will continue this new regimen until October 2016. Here, she describes her experience.

"In 2001, I started to feel weak and irritable. After I started spitting blood I went to the hospital and was diagnosed with tuberculosis. At the time there was a war on in the Republic and so I couldn’t receive adequate treatment. In 2002, I was able to travel to the city of Cheboksary, where I underwent a full course of treatment and was declared cured and discharged six months later. When I was first diagnosed with tuberculosis I wasn’t worried because it was a curable disease.

I had a relapse in 2004. In 2006, I had another relapse and underwent treatment again and was in relatively good health for five years. But from 2011 on, I suffered more relapses.

When I was diagnosed with a form of tuberculosis that is hard to cure I was very worried; I was very upset. The doctors also found a lung cyst. I had suicidal thoughts and I even asked for an injection to end my suffering.

When I was put on this new drug regimen I gained hope that I could be cured. I became cheerful and I want to live. I know this treatment will help me, and if I stop it nothing will help me. I’ve been sick for 15 years, I have no personal life. My goal is to get cured!"

Five reasons why acute childhood malnutrition is surging in Yemen