Second Arrest in Sudan; Dutch Coordinator For MSF in Darfur Held This Morning 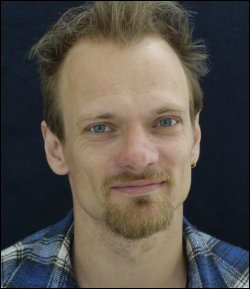 Khartoum/Amsterdam, May 31, 2005 - The international medical humanitarian organization Doctors Without Borders/Médecins Sans Frontières (MSF) expresses its outrage about the arrest of a second representative in Sudan this morning. Vincent Hoedt, a Dutch national and regional coordinator for MSF in Darfur, was arrested this morning in Nyala.

Yesterday, May 30, MSF's head of mission Paul Foreman was arrested in Khartoum and later released on bail. "These arrests are totally unacceptable," said Geoff Prescott, general director of MSF in Amsterdam, Holland. "The government is punishing humanitarian aid workers for doing their job for victims of the conflict in Darfur."

The Sudanese authorities accused MSF of crimes against the state, publishing false reports, spying and undermining Sudanese society. MSF demands that all charges are dropped.

"The arrest of two senior coordinators severely undermines our ability to provide humanitarian assistance. The people of Darfur, who have been through so much already, must not be allowed to suffer as a result of these actions," says Geoff Prescott.

MSF has been working for more than 20 years in Sudan providing health care and emergency aid to millions of Sudanese civilians. MSF is the principle partner of the Sudanese Ministry of Health in the battle against the Kala Azar and has treated more than 60,000 Sudanese infected.

MSF works in over 29 locations in Darfur with 180 expatriate and 3000 national staff. In the last 12 months in Darfur alone, MSF has provided almost a million medical consultations and treated more than 50,000 children suffering from malnutrition. MSF is not only working in Darfur, but throughout the Sudan, bringing medical care to Sudanese afflicted by epidemics and conflict.