Malnutrition is of the biggest dangers for the Lower Juba region's eight million people. In the town of Marere, MSF runs the only hospital in southern Somalia that offers free medical care. 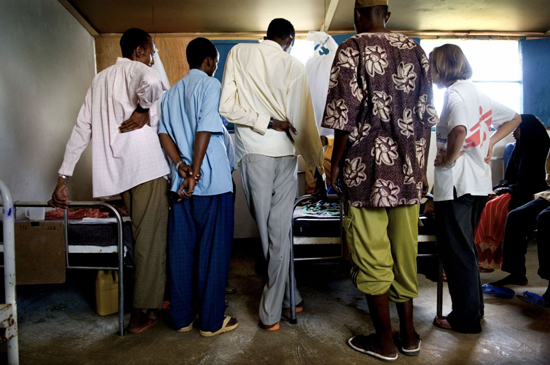 The MSF hospital in Marere is the only structure in southern Somalia where free medical care is offered.

The Lower Juba region in southern Somalia has been experiencing an ongoing humanitarian crisis for more than 16 years. Malnutrition is one of the biggest dangers for the region's eight million people. The population is very poor, and frequent periods of drought make it hard to get a good harvest.

In Marere, a village close to the Juba River, Doctors Without Borders/Médecins Sans Frontières (MSF) runs a hospital where roughly 4,000 patients are treated per month. It is the only structure in southern Somalia where doctors are working and free medical care is offered. Patients frequently travel more than 100 km (62 miles) to reach the clinic, and the hospital's feeding center treats hundreds of children each month.

MSF's Somali medical supervisor in Marere, whose name is withheld to protect his identity, confirms that while people have been displaced multiple times in recent years, mainly while fleeing violence in the country, now they are on the move in search of food.

Loss of livestock and crop failure are widespread. "I have seen numerous dead cattle with my own eyes," he said. Much of the livestock that has survived are producing little to no milk and are not worth much money on the market. In his nine years of living in Marere, he said, he has never seen a situation as bad as this.

Tens of thousands of people flee their homes every day; most people cannot afford transport, so they make the dangerous trek on foot to seek help inside or outside of Somalia. Many of them run into active fighting; they must cross sensitive clan lines and risk arrest crossing borders ilegally. Many people do not survive the trip, he said. 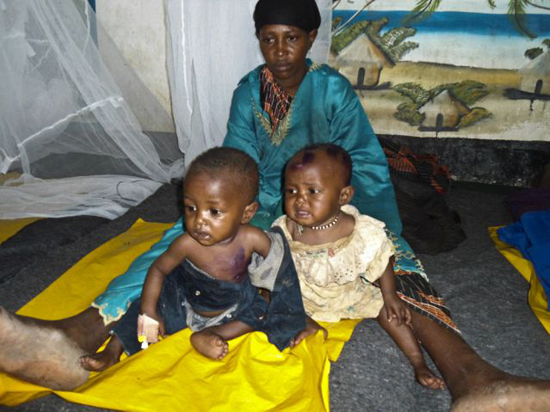 Maryan Haji Ali and her 10-month-old twins inside MSF's hospital in Marere.

Maryan Haji Ali, a mother of six, brought her 10-month-old twins to Marere from Sheikh Nur, a village 16 km (10 miles) north of Marere.

"I have brought my children to Marere for treatment; I am familiar with the service and the hospital. I have been in the hospital for two weeks now and my kids’ situations are improving well.

I came on foot and carried both my children on my back. I could not afford to pay the transport cost (50,000 Somali shillings, about $1.50) and took the decision of walking to the hospital. I am very much happy to see my kids improving and I would like to stay in the hospital until I am discharged."

Luul Sankus walked with her husband and two children for more than 160 km (about 100 miles) to reach the village of Hurufle in the Juba Valley.

“I haven’t seen our home region for over nine months now. We are farmers and when the rains failed, nothing was left for us where we come from. My husband and two of our kids walked all the way to Hurufle, where we now live as displaced people.

When we came to Hurufle, our son fell ill: there was no treatment, no shelter, and no food. I was advised that I should take him to the MSF hospital in Marere. That’s why I am here. I am depending on the food provided to me by MSF, and my child’s health is now improving. My husband also brought our second child to Keytoy, where she is taking therapeutic feeding now."