South Sudan: "What We Are Facing Is An Extremely Serious Situation" 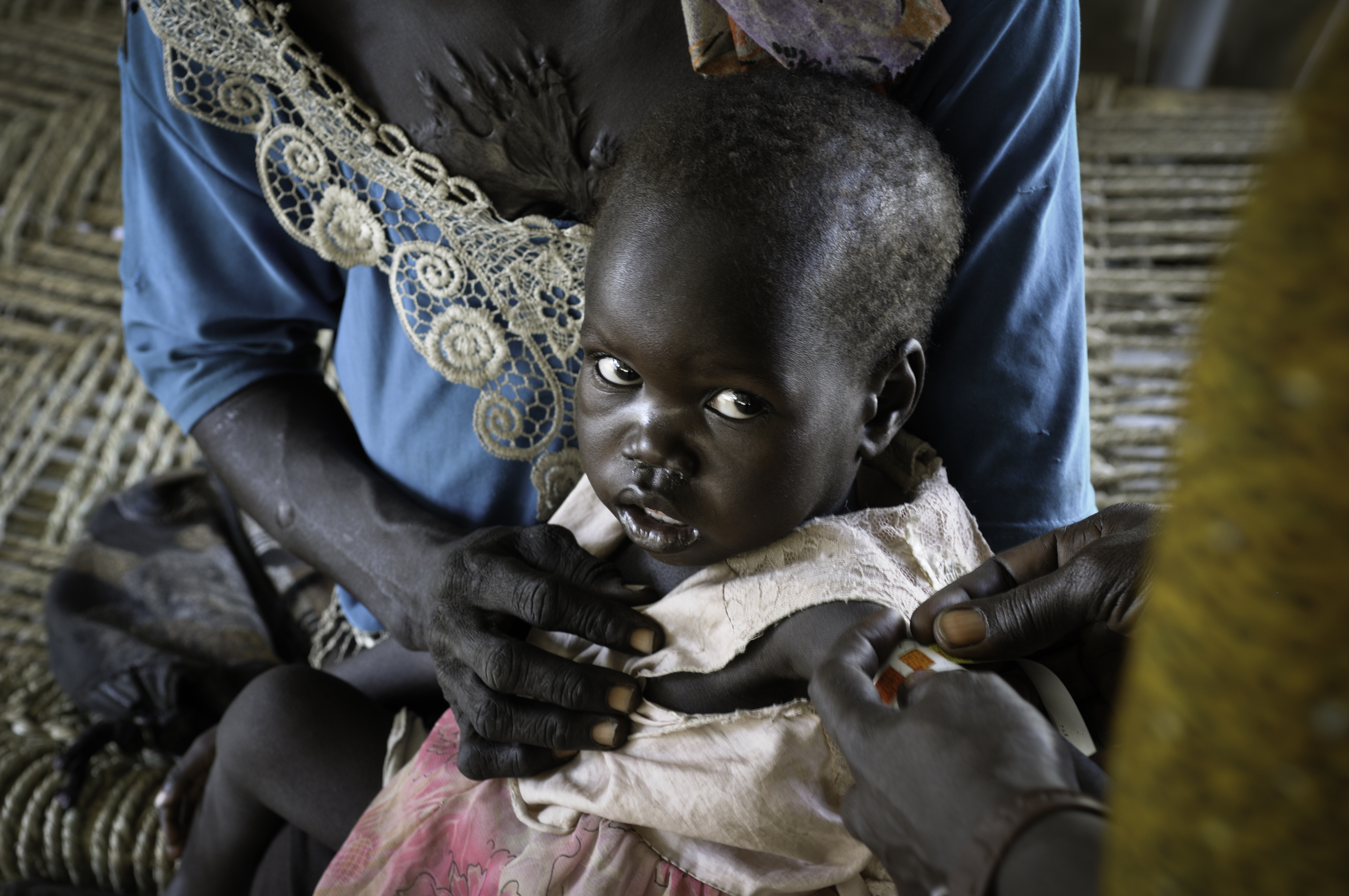 A child is examined for symptoms of malnutrition at Jamam refugee camp in Upper Nile State.

About 100,000 refugees fleeing the fighting in the Sudanese state of Blue Nile have taken refuge in Maban County in South Sudan. In the camp of Batil, home to 34,000 people, malnutrition is increasing. More than 1,000 children have been admitted to Doctors Without Borders/Médecins Sans Frontières (MSF)'s nutritional programs, and the number continues to rise as the humanitarian response struggles to keep up with the needs. As MSF expands its teams and its medical activities, Emergency Coordinator John Tzanos provides an update.

What are the most pressing problems?

In the Batil camp, the needs are wide-ranging: water, food and shelter, but also soap and jerrycans to collect and stock clean water. But the most significant concern at this point is the nutritional situation. We admitted more than 1,000 young children suffering from severe malnutrition in barely three weeks. That's a very significant number and it continues to grow. Approximately 50 children – the most seriously malnourished – have been hospitalized and are being monitored closely around the clock. For the MSF teams, treating malnutrition in the camp is a race against time.

"Aid organizations cannot use logistical problems as an excuse. We've got to mobilize all resources immediately."

What are the causes of this situation?

These people have been on the move for months. Many fled their village after attacks or bombings. They often leave in the middle of the night and don't have time to get ready. We are dealing with entire families who are exhausted and extremely weak. Many arrived in a more or less advanced state of malnutrition. They now receive rations of rice, cereal and oil every 15 days, but it is not enough. Children, particularly the youngest children, lack reserves of nutrients. As a result, the immune system cannot function properly and children can die from diarrhea, fever, or a respiratory infection.

Can you tell us more about living conditions in the camps?

The situation we’re seeing in Batil is tragic. In addition to the lack of food, poor hygiene conditions – for example, the lack of soap – are aggravating factors. There is a lot of diarrhea. I'm also worried about malaria and the lack of mosquito nets. It's very upsetting to walk through the camp and see all these listless children who no longer have the energy to laugh or play. People are hungry. The weakest children die of malnutrition or diseases.

Today, in Batil camp, we spend most of our time and effort treating malnutrition. We currently have 150 beds in Batil. This number is constantly being revised upwards because the needs are huge and growing. In the last few days, MSF has sent 70 tons of therapeutic foods by air and water from Nairobi and Dubai. As an emergency medical organization, we also treat the sick. Diarrhea, malaria and respiratory infections are the most common diseases. We also care for women during childbirth. Our teams are also providing 200,000 liters of drinking water every day to the refugees of Batil.

Is there sufficient international aid?

Clearly, the current amount of aid is inadequate to cope with such high needs. What we need now are more food distributions, which are better-suited to the most vulnerable. In order to prevent the health of children, pregnant and lactating women from worsening rapidly, they need a rich and varied diet that contains protein and micronutrients. We are undertaking a nutritional and mortality survey right now, in order to better understand the needs and adapt our response. We are very worried about this situation. We have to be ready for the worst. What we are facing is an extremely serious situation.

Are distributions possible despite the logistical problems?

MSF is managing to deliver aid, primarily by air. We have expanded our teams significantly in the last few days and we've sent two vehicles, a tractor and 30 tons of energy biscuits for the malnourished children. Access is difficult in this region. Some roads have been cut off as a result of rising water now that the rainy season has begun. We are in a marshy area here. However, the airports and roads are open. Aid organizations cannot use logistical problems as an excuse. We've got to mobilize all resources immediately.

MSF has been providing aid to refugees in Upper Nile State since November 2011. In addition to its work in Batil camp, MSF runs medical services in Jamam and Doro camps and mobile clinics for refugees still in the transit sites, providing 5,000 consultations per week across all sites. MSF also engages in extensive water supply activities at various sites in and around the camps.