Sudan: A Ray of Hope in North Darfur's Tawila Hospital

Taking advantage of improved security, MSF has renovated and opened a new hospital in North Darfur, giving the area's inhabitants much greater access to healthcare services. 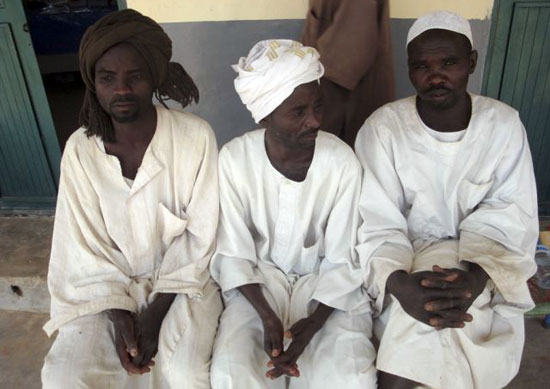 MSF returned to Tawila late last year and has renovated a new hospital to service the area's inhabitiants.

On a fateful Tuesday morning, a woman named Fatima, who was two months pregnant, endured an incomplete miscarriage. Her husband rented a car from their village in North Darfur, Khartoum Jadeed. Accompanied by two male relatives and a female relative, Fatima and her husband drove two-and-a-half hours to Tawila Hospital. The trip cost about five dollars per person, but for Fatima and many others in the area, there is no hospital closer to where they live.

Doctors Without Borders/Médecins Sans Frontières (MSF) doctors Tijani Osman Abakar and Carlos Sola performed the medical procedure—removing the deceased fetus but saving Fatima’s life. “Had Fatima not been treated, she may have bled to death or developed an infection, which ultimately would have led to her fatality,” said Dr Tijani.

In December 2008, MSF had been forced to suspend its activities in Tawila due to the deteriorating security situation, meaning Fatima and other inhabitants of the region had to go even further afield to find healthcare. However, security has improved of late, and last October, MSF returned to Tawila and, in collaboration with the Ministry of Health (MoH), revived its medical activities. In addition, MSF decided to renovate an old MoH building in order to ensure the sustainability of medical services, more sanitary conditions, and a more comfortable environment for patients.

Fatima is raising her husband’s two children from an earlier marriage. He works as a farmer in tobacco fields and agricultural produce. The rains have been scarce this year, however, and the family wasn’t able to buy ayash (sorghum), the main source of sustenance in Darfur, meaning the family is often hungry. “We haven’t eaten since yesterday,” said one of Fatima’s female relatives. “We don’t eat bread unless we come to Tawila. We don’t have bread, we are poor.”

Fortunately, the hospital provides much needed healthcare free of charge to 28,600 people—those living in Tawila and the neighboring areas, and people displaced by the conflict in Darfur and now living in three camps, Rwanda, Dali and Argo.

The same morning Fatima arrived at the hospital, 39-year-old Al-Radiya walked from the Rwanda camp to Tawila, a half-hour journey. For the past three years, she has lived in a gutiya, a straw-made hut, with her her husband and their seven children. They had fled their village, Shokshoga, due to the conflict, leaving behind their cattle, their land, and almost all of their posessions.

On this morning, Al-Radiya arrived carrying her five-year-old daughter, Isra, on her back. Isra was suffering from a high fever, so nurses at the hospital wrapped her in cold towels and tested her for malaria. The results were negative, and by afternoon, her temperature had gone down. In this case, the outcome was positive, and Al-Radiya left the inpatient ward with Isra by the end of the day, grateful that she’d been able to get treatment for her child. “Tawila Hospital helps so much and it’s the closest hospital to us," she said. "People from over 20 villages come here for free healthcare."

Al-Radiya earns a little money as a daily worker and her husband farms privately-owned land. They struggle to put food on the table, let alone pay their children’s school fees, yet she remains hopeful. “I pray that the future is better, life is beautiful, the living conditions are stable and people are settled in their homes,” said Al-Radiya.

MSF initially began working in Tawila in July 2007 but had to suspend medical activities several times due to insecurity in the area. At present, MSF’s medical team is supporting the MoH in providing primary and secondary healthcare to the people of Tawila, including nutritional services, reproductive healthcare, psychological support, and community health programs. MSF will also support MoH staff through training, capacity-building, and the payment of incentives.

Currently, 62 MSF staff and 15 MoH staff are working in Tawila Hospital. In January and February of this year, the two partners provided outpatient consultations for more than 6,000 people, vaccinations for 770 women and children, antenatal consultations for 750 women, and nutritional care for 246 children under the age of five.

In Darfur, in addition to supporting the MoH in Tawila, MSF is also running a hospital in Shangil Tobaya and supporting five health centers in Dar Zaghawa and a clinic in Kaguro.