"You see, I am healed," says Tholakele as she walks around her ward demonstrating her recovery. "Even my legs don't give me problems anymore. Now I can walk perfectly. I walk around the hospital; go out for fresh air and come back when I’m ready."

Tholakele, 39, has drug-resistant tuberculosis (DR-TB) and started treatment in May 2016 at the Moneni National TB Hospital, supported by Doctors Without Borders/Médecins Sans Frontières (MSF) in central Swaziland.

With 9.4 million new cases and 1.7 million deaths each year, TB is one of the developing world's biggest killers, and 85 percent of cases occur in Asia and Africa. Swaziland also has one of the highest rates of TB and multi-drug resistant (MDR-TB) TB worldwide. Eighty percent of people in Swaziland who contract TB are also HIV-positive.

Tholakele lives in Lwandle, some 15 kilometers [about 9.3 miles] away from the Moneni TB hospital, where she receives her treatment. Her husband is working in South Africa. For three months, she traveled by herself every day to and from the hospital for her injections, a routine she completed in August 2016. Despite this, she is not yet cured of TB and continues her treatment at home, taking tablets daily.

For this, Tholakele is relieved. It was while receiving injections that she suffered from severe leg pains, which eventually affected her ability to walk. Because she lived alone and did not have anyone to help look after her, she was admitted to Moneni hospital in November 2016 for two months. 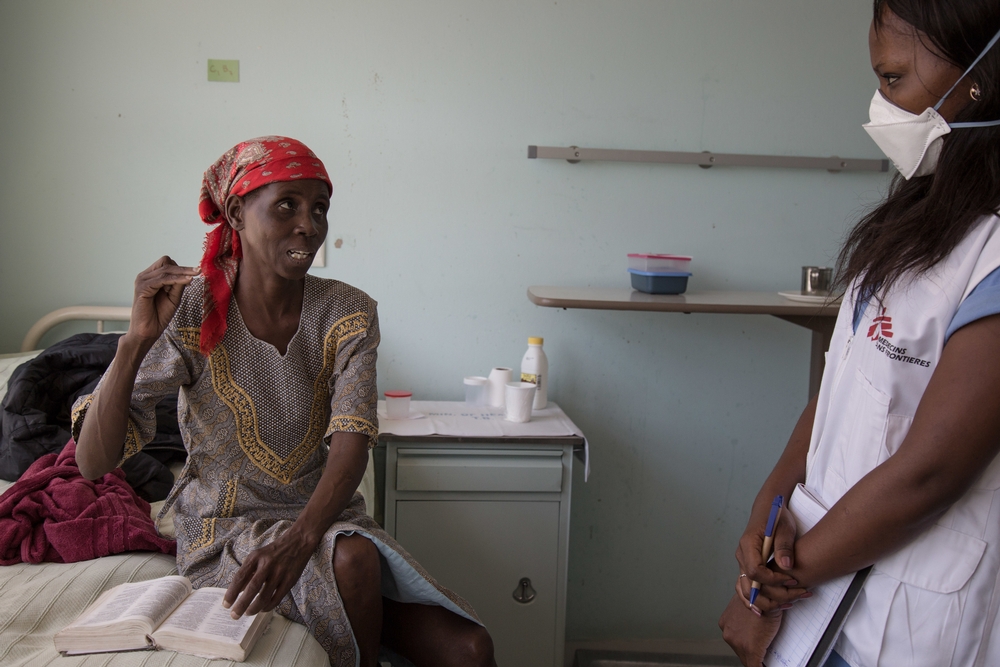 For many DR-TB patients like Tholakele, treatment is a long and grueling two-year journey involving between 15 and 25 toxic tablets every day and daily injections for the first six months. In some cases treatment can take longer if patients do not respond to the drugs. Side-effects include deafness, liver or kidney toxicity, and even psychosis. This often forces patients to give up their jobs while on treatment, and means that in countries like Swaziland, TB patients are often more likely to succumb to poverty than the disease itself.

"Our DR-TB patients are often confronted by deafness as a side effect from Kanamycin, one of the DR-TB drugs," says Fundzile Msibi, MSF's psychosocial coordinator. "Because of this, they can become isolated from their families and communities. This can easily affect their social lives if not faced with proper support. By empowering them with this new communication skill, we hope to reintegrate them into society." 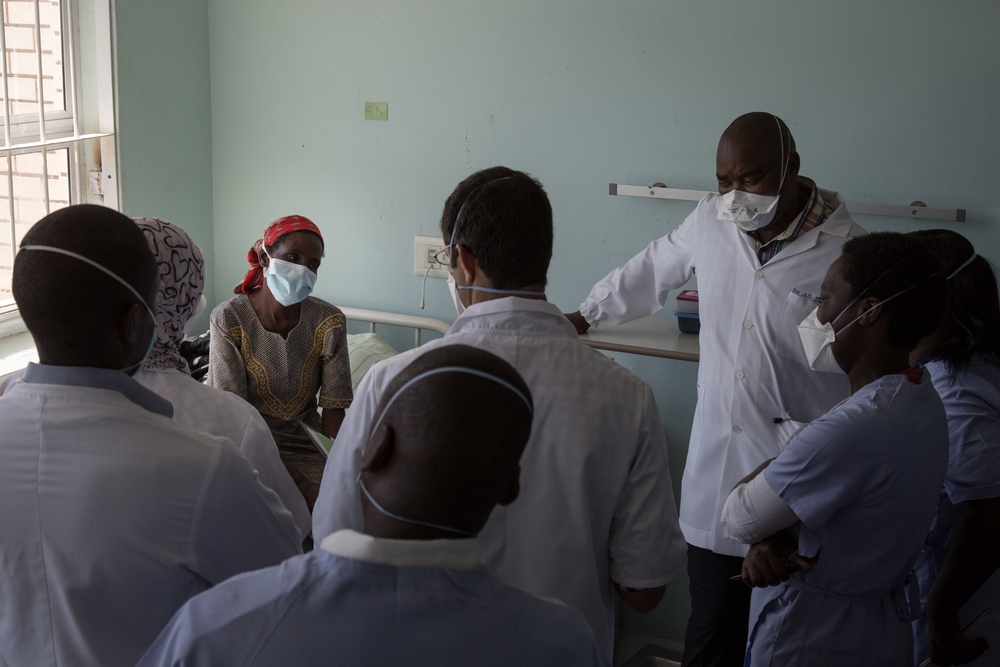 This has proved true for Winile, an extensively drug-resistant TB (XDR-TB) patient who lost her hearing in 2013, six months into her MDR-TB treatment. She is now enjoying the benefits of sign language. "I now use sign language to communicate with my children," she says. "I try to teach them what I have learned and we are able to communicate. My children are still young and they need me. Being able to use sign language will help me to continue to be a part of their lives." 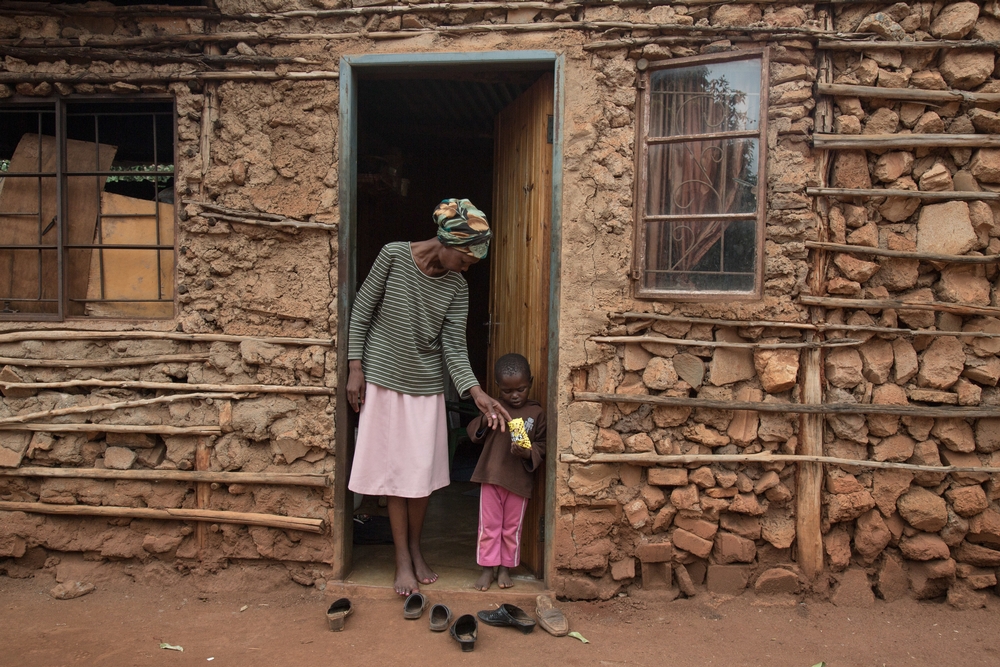 Alongside support from MSF, Swaziland has made great strides in alleviating the burden of TB treatment and bringing new hope to patients.

Along with the shorter treatment, MSF in Swaziland is also using two of the first new TB medicines in over 50 years: Bedaquiline and Delamanid. These drugs are for patients with complicated cases of DR-TB who previously had no treatment options left. The medications don't have the same extreme side effects as the older treatments.

Already, the results from the use of Bedaquiline are very promising. So far, over 90 percent of the DR-TB patients treated with Bedaquiline have responded well and have converted within six months, meaning that TB bacteria can no longer be detected in their lungs and sputum. For TB patients, having access to new drugs with fewer side effects and shorter treatment periods doesn't just result in better medical outcomes, it brings hope to people who previously had none.

MSF started working in Swaziland in 2007. It is estimated that more than 7,000 people are diagnosed with TB each year in Swaziland, and, of these, close to 900 have multi-drug resistant TB (MDR-TB). MSF works closely with the ministry of health to improve TB diagnosis and treatment, especially DR-TB, working in government health facilities in Mankayane, Matsapha, Shiselweni, and Moneni.

While Bedaquiline and Delamanid show promising results, access to new TB drugs worldwide is limited. In October 2016, it was estimated that, globally, only 5,738 patients have been able to access Bedaquiline, and 405 patients have had access to Delamanid. Read more about new treatments for TB here.