The Vaccine that Gets Ahead of the Curve

A new vaccine to be rolled out in Africa's Meningitis Belt could not only rewrite the way MSF responds to epidemics in the region, but also the way vaccines are developed for people in developing countries 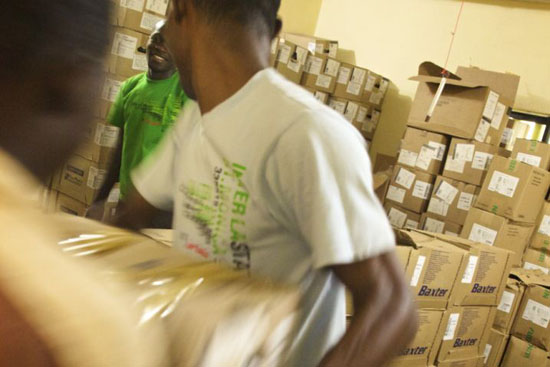 MSF staff manage supplies for a meningitis campaign in, Nigeria, in April.

As Doctors Without Borders/Médecins Sans Frontières (MSF) starts to provide support to vaccination campaigns against Africa’s deadliest form of meningitis in Mali and Niger, it is doing so with a new vaccine in hand that is far superior to those that have existed so far. It provides protection from the infection for up to ten years, and can be administered to babies, making possible the broad levels of vaccination that can prevent epidemics. In many ways, the new vaccine allows us to get ahead of the epidemiological curve.

But beyond its potential to change the course of meningitis in Africa, the new vaccine stands out as an example of how a product can be developed with the needs of people in developing countries in mind, and at an affordable price—just US$0.40 per person. 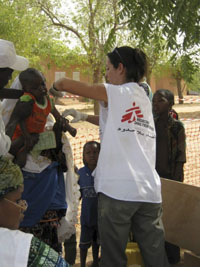 “For me it's a revolution,” said Dr. Cathy Hewison, MSF medical advisor. “The fact that the project to develop this vaccine was tailored to the needs of the Meningitis Belt in Africa at a price that they could pay is a real breakthrough.”

The story of the vaccine’s development

The Meningitis Vaccine Project was launched in 2001 by the organization PATH and the World Health Organization with the main goal of creating an affordable vaccine that would respond to a specific meningitis strain that plagues Africa each year. Needed technology was licensed from the US Food and Drug Administration to the Serum Institute of India, which agreed to develop the vaccine and sell it at an agreed-upon low price. The total cost to develop this vaccine was roughly US $60 million, compared to $150 to $350 million for vaccines that have been developed through the typical ‘blockbuster’ research and development model pursued by multinational pharmaceutical companies. In the latter, the companies charge whatever price they think is fair, with different prices in different countries.

“This model is dramatically different to the usual patent-based, profit-driven model,” said Dr. Tido von Schoen-Angerer executive director of MSF’s Campaign for Access to Essential Medicines. “The blockbuster vaccines usually developed by the largest commercial developers are done with Western markets in mind—to answer rich countries’ market needs. The product is then sold in poor countries for a reduced price. But all too often, it is neither medically nor practically appropriate for use in resource-poor countries.”

This new system, whereby product development is subsidized in exchange for charging affordable prices, should be used to develop other vaccines. 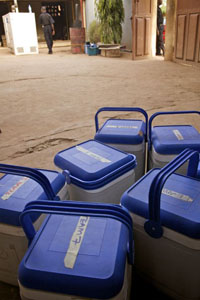 The need to get ahead of the funding curve

But so far, there are no concrete plans as to how the vaccination will continue beyond Mali, Niger, and Burkina Faso. And there are gaping holes in the funding available. Although GAVI, the agency that funds vaccination activities in developing countries, has indicated that their support for meningitis A roll-out will be ‘significant’ until 2020, no overall commitments have been communicated to countries.

PATH estimates that the full cost of initial campaigns, where a substantial proportion of a country’s population between the ages of  one and 29 needs to be vaccinated, will cost less than $1.50 per person, including all human and logistical resources. Thereafter, the costs are expected to diminish, as only children reaching one year of age would need to be immunized.

“Considering how revolutionary this vaccine can be to the course of people’s lives in Africa’s Meningitis Belt, and considering it’s relatively low cost, it would be a scandal if this vaccine didn’t get to the people who need it,” said Dr. von Schoen-Angerer. “We’re encouraged to see that countries in the region are excited by the new product, and hope that they will be willing to contribute some funds, to match donor efforts in getting this vaccine rolled out.”