Yordan Pentoja has been diagnosed with malaria about a dozen times in the last year and a half. That’s when the 27-year-old came to the municipality of Sifontes in Venezuela’s Bolívar state to work in a gold mine, one of very few job opportunities available as the country’s political and economic crisis continues.

“Malaria is like a plague around here,” he says from his bed in a clinic in the mining town of Las Claritas. “I have so many friends and colleagues who have had it that I stopped counting. I came to the [clinic] this morning because I started to feel terrible,” he says, sighing and closing his eyes. “My head and my stomach hurt like hell.” 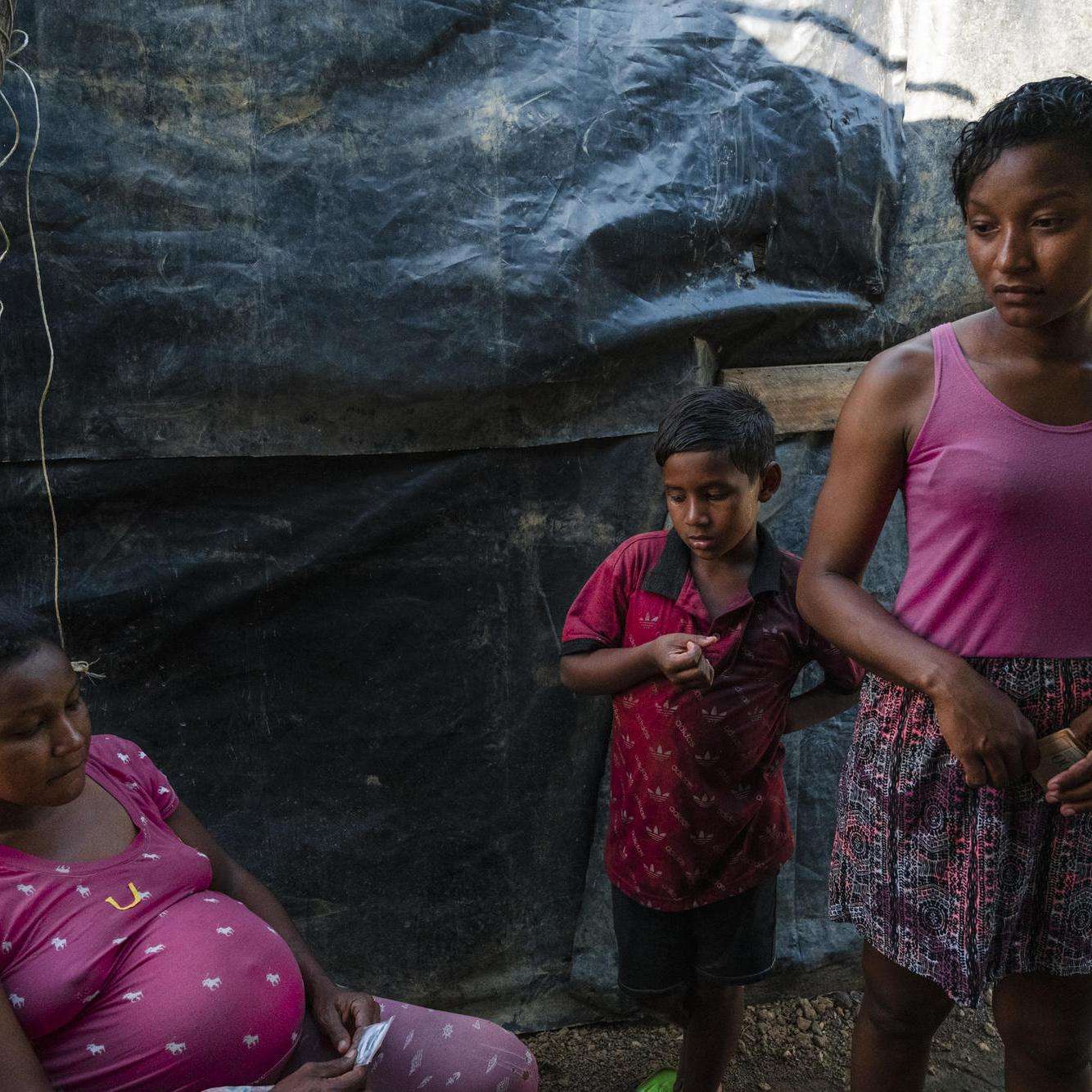 "Everybody has had malaria around here."

"As soon as you leave your mosquito net, a mosquito comes and bites you. Everybody has had malaria around here. But I’m usually not too worried, even when one of us gets sick. I’ve had malaria 40 times and my little brother about 10 times. My mom, my daughter, and my nephew had it many times too. That’s something normal for us. We just try to prevent it when we can and to treat it when it hits."

Fifty years ago, Venezuela was seen as a leader in the fight against malaria in South America. But in recent years, the parasitic disease has made a major comeback. In 2019, Venezuela had one of the highest rates of malaria infection in Latin America, with more than 320,000 diagnosed cases, according to the Pan American Health Organization. But the country’s collapsing health system is ill-equipped to tackle the resurgence.

“When the economic crisis hit Venezuela, it hit people in Sifontes very hard too,” says Yorvis Ascarnio, a public health inspector who works for the national malaria program in Bolívar state. “At first, we started having less and less medicines in our stock. We soon had to choose to whom to give the few medicines we had—we could focus only on severe cases. And it was the same situation in other ambulatories and diagnostic points...I have been working in this area for the past twelve years. I’ve seen the highs and lows of this place. But this period was extremely hard for us.”

In 2016, Doctors Without Borders/Médecins Sans Frontières (MSF) began supporting the National Malaria Program in Bolívar, in collaboration with Venezuela’s Ministry of Health. Since then, we have also started supporting various diagnostic points throughout the state and helping to treat malaria patients. A year ago, MSF also began working with the Malaria Institute in Carúpano, Sucre state, increasing its capacity to fight the disease.

“In Bolívar, we also help with what we call vector control,” explains MSF health promoter Josué Nonato. “[We] fumigate houses and distribute mosquito nets to the population, to diminish the risk of infection. And my job, as a health promoter, is to explain to people how to identify the symptoms of malaria and what to do when they start to feel sick, to make sure they can be treated before the disease gets too severe.”

Health promoters like Nonato are part of MSF’s strategy to reach the people most at risk of contracting malaria in the region. That’s why most of the diagnostic and treatment points we supervise are near the gold mines.

In 2019, MSF reached more than 55,000 people through health promotion sessions in the area. We also treated more than 85,000 people for malaria, distributed over 65,000 mosquito nets, sprayed 530 households with insecticide, and helped carry out more than 250,000 tests for malaria. Since then, the number of cases in Sifontes municipality has decreased by around 40 percent.

“We went from sometimes up to 200 people queuing in front of the diagnostic points and many people who were infected with malaria who had to go directly to the [outpatient clinic] because there was no treatment available to a situation [that is] a bit more manageable now,” says MSF bioanalyst Monserrat Barrios, who is in charge of training new microscope technicians at diagnostic points.

This year, MSF also began supporting the Santo Domingo clinic in Las Claritas, where Yordan Pentoja received treatment for his malaria. Initially built for a population of 20,000, it now has to serve the needs of more 75,000 people who have come to live in the area in the past few years. At Santo Domingo, MSF provides malaria prevention services, testing, and treatment, and we’re also increasing support to cover other diseases and health needs.

“We know other departments also need help to cope with the number of patients, including those suffering from non-communicable diseases or in case they need to take care of emergencies and referrals to a hospital,” says MSF medical activity manager Fanny A. Castro. “We are focusing more on sexual and reproductive health, for instance, with services such as Family Planning and deliveries. We overall want to make a difference and to increase the population’s chances to access health services. We have also installed a functioning water supply and waste management around the facility, which considerably improves the quality of care provided.”

But as the crisis in Venezuela continues, health needs go well beyond Las Claritas and the municipality of Sifontes. Elsewhere in Bolívar state, MSF will soon begin to support the barely functional regional hospital in the city of Tumeremo, and will continue to step up efforts to fight malaria in Venezuela.

MSF has been working in Venezuela since 2015. Our teams currently work in the capital, Caracas, and in Bolívar, Sucre, Amazonas, and Anzoátegui states. From 2016 to early 2018 we also provided medical care in Maracaibo, in the northwest of the country. Our work in Venezuela is funded exclusively by private donations from individuals around the world.