Starting today and through the weekend, BBC World News is broadcasting a documentary on the MSF reconstructive surgery program for victims of violence from conflicts in the Middle East. 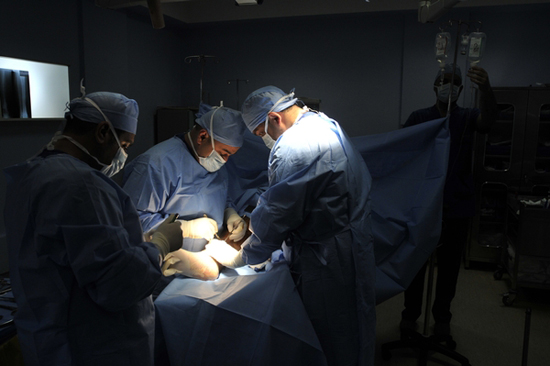 Please check your cable provide to see whether BBC World News is available.

Starting today and through the weekend, the BBC World News program "Our World," is broadcasting "Abdullah is Beautiful," a documentary on the Amman-based Doctors Without Borders/Medecins Sans Frontieres (MSF) reconstructive surgery program for victims of violence from conflicts in the Middle East, ranging from Gaza to Iraq, and Syria to Yemen.

BBC's Caroline Hawley travels to Amman to meet patients—many of them children—treated in MSF's program in Amman.

In particular, Hawley chronicles the story of Adbullah. In 2006, while attending a family funeral in the Iraqi capital Baghdad, he lost the left side of his face and his left leg in a bomb blast which also killed several of his relatives. Since then he has endured 25 separate operations at the MSF hospital in Amman. And he is only 12 years old.

When the MSF program was set up in 2006 it was only meant to be a temporary project offering treatment to patients wounded in Iraq whose injuries were too complex to be dealt with in their own country. But with new conflicts breaking out in Libya, Syria, and Yemen, the clinic has in fact been forced to expand to cope with demand and is now inundated with patients. "We have increased our capacity by 45% since the Syrian crisis began," Antoine Foucher, the head of mission for MSF in Amman told the BBC. "And we'll have to expand again."

In 2011, MSF specialists performed a total of 913 operations and provided psychosocial support and physiotherapy.