World AIDS Day Portraits: My Life in My Hands

On World AIDS Day 2014, we're sharing stories from some of the hundreds of thousands of people worldwide receiving treatment for HIV/AIDS in Doctors Without Borders/Médecins Sans Frontières (MSF) projects. While the right drugs can enable people with HIV to live normal, healthy lives, patients often face challenges in finding treatment and adhering to their prescriptions once they do. To this end, MSF has implemented community models of care to remove obstacles to accessing essential antiretroviral treatment (ART).

Stable people on ART do not need intensive medical care. Today's HIV patients who are on antiretrovirals and adhering well to their treatment are healthy and, just like people suffering from diabetes, they want to live regular lives without having to make frequent appointments and queue at crowded hospitals for hours just to pick up their drugs. 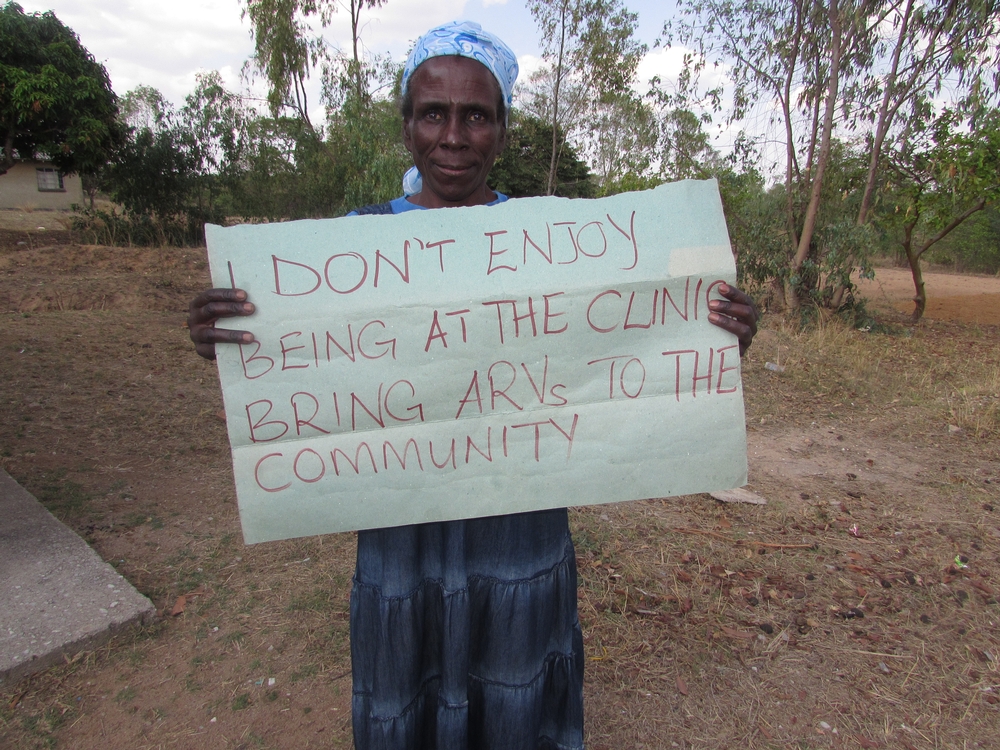 HIV patients need daily antiretroviral (ARV) treatments, which requires monthly trips to the clinic to pick up drugs. Bev, above, has been on ARV for five years and has to walk over seven miles (12 kilometers each way) to get to the clinic to pick up her medications. Community Antiretroviral Treatment Groups (CAGs) help patients by decreasing trips to the clinic to only once a year. “With the CAGs I can rely on my group members to bring drugs to me, except when I have to go in person to see my clinician for my yearly check up,” says Bev. “CAGs give us a chance to rest.” That being said, patients still agree that it would be better if treatments were closer than a half-marathon’s journey. 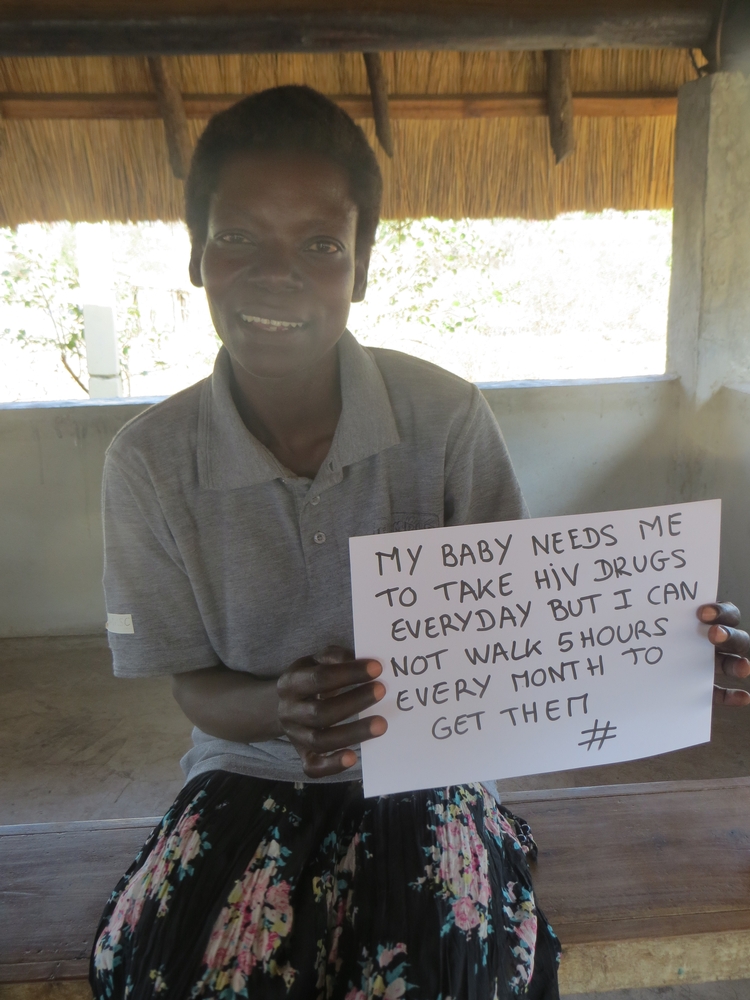 An HIV-positive pregnant or breastfeeding woman who is not taking treatment has a one-in-three chance of transmitting the virus to her baby. In 2013, 240,000 children were infected by their mothers worldwide. When women like Ana, above, are on effective ARV treatment, the risk of transmitting the virus to babies is reduced to less than 3 percent. “I started treatment in 2005 thanks to my counselor, who really encouraged me to be on ARVs,” says Ana. “I know it’s very important because I have three children. Because I am very serious about my treatment they are thankfully all HIV-negative. But it’s hard to be good and adhere to treatment when the clinic is so far away.” 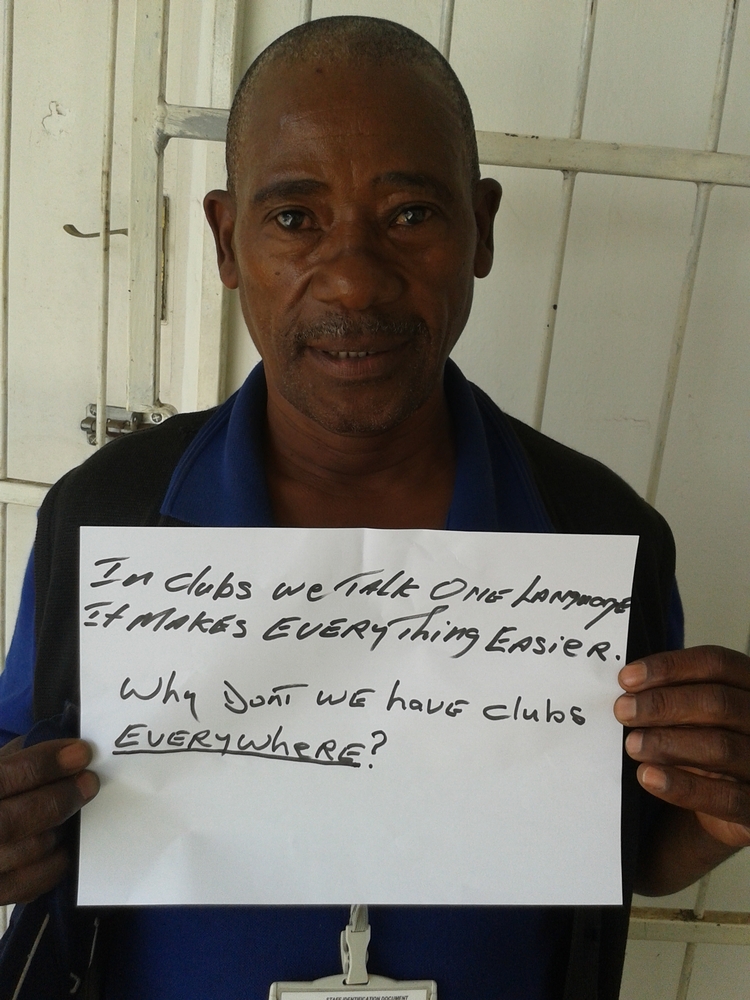 Zithulele was diagnosed with HIV in 2002 and found it difficult to deal with the stigma associated with the disease, and with access to his ARV treatments. In 2007, he joined an MSF-supported NGO, “SHINE,” a club where people with HIV can come together and create a system that streamlines the treatment access. “It made living with HIV much easier!” Zithulele says. “I can take care of myself really well now. People can talk to each other, they know each other, we speak one language, we discuss our problems; the side effects we were having. In the hospital, people are still scared to disclose. In clubs, you’ve already disclosed!” 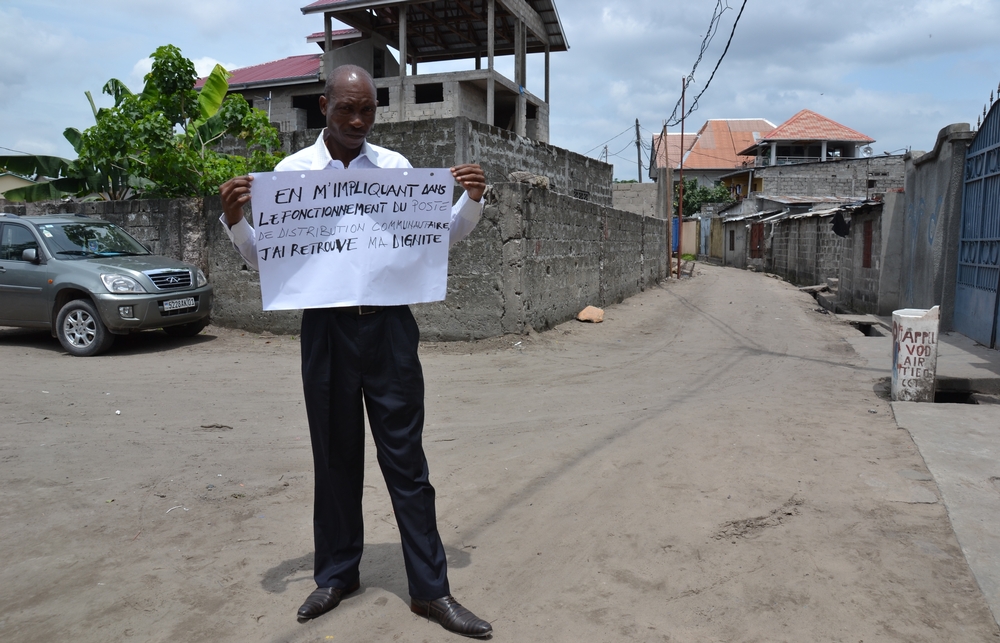 Sign Text: “By getting involved in the running of the community ART distribution point I regained my dignity."

Stéphane became gravely ill in 1993, but it wasn’t until 2004 that he learned he was HIV-positive. Like many other HIV patients, he found it was difficult to deal with the stigma associated with the disease until he joined a support group. “In the beginning it was very difficult to accept and disclose my status,” he says. “But thanks to the support group I decided to come out as a person living with HIV. In fact, I even talked at church about it, telling it as it is to the flock: I’m not ashamed to be HIV positive. Now I am an HIV activist.” Stéphane continues to thrive despite the disease and is even planning to get married to a fellow activist as soon as they have enough money. “All my friends know that I’m HIV positive, but some think that I’m lying because they see me so healthy. They think I’m just saying that to scare them!” he says. 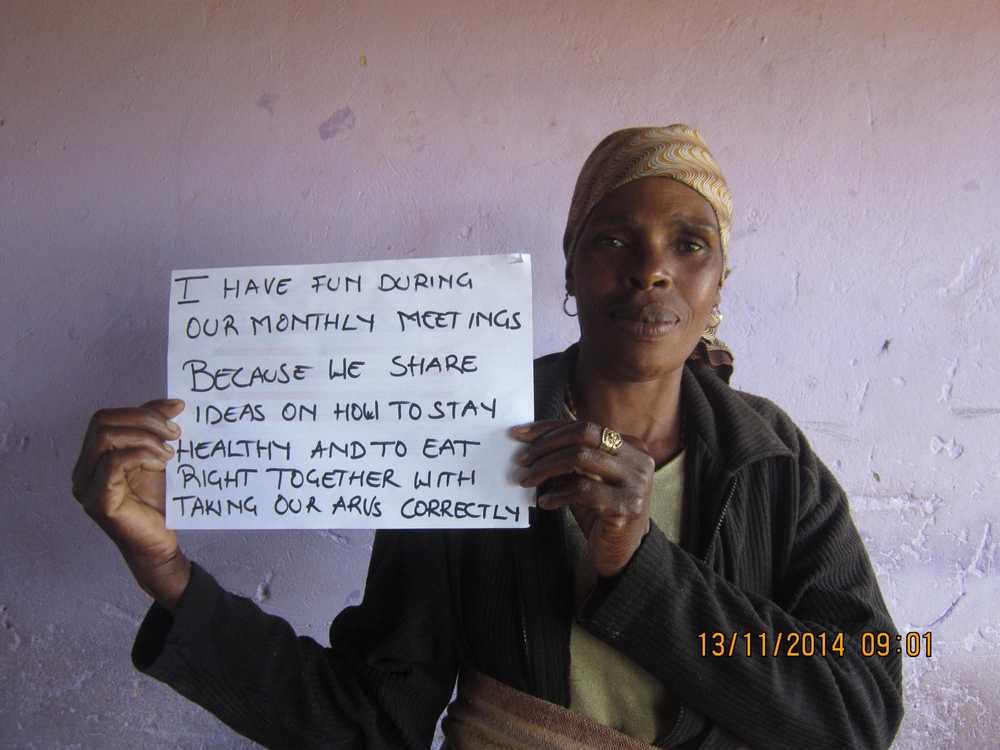 For HIV patients like Mampolai, being part of a Community Antiretroviral Treatment Group (CAG) can be more than a faster and cheaper way to access drugs. It is also a safe place to meet other people who share the same problems of living with HIV and find support with peers. In meetings, members make sure everyone has been taking his or her drugs by counting each others' remaining pills and sharing possible obstacles they have encountered. Patients having trouble with treatment are referred back to the normal procedure so as to be more closely monitored by a health professional, and can join back the CAG once treatment is working well again. 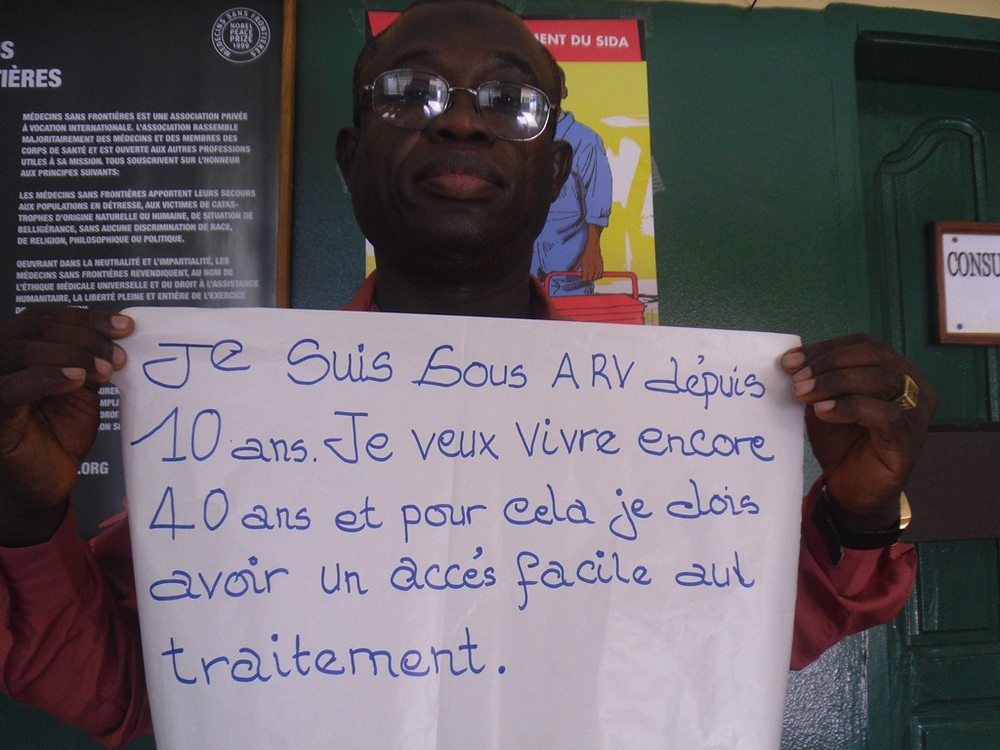 Sign Text: "I’ve been on ARV for ten years. I want to live another 40 and for this I need easy access to treatment."

Hassimiou has been living with HIV since 2005. While his two wives are also HIV-positive, his children do not have it thanks to a program of prevention of mother-to-child transmission (PMTCT). “In Guinea, stigma is everywhere, and I suffer from it at my former workplace; from my neighbors and friends who cut all ties with me and my family," Hassimiou says. “There is only the association of other people living with HIV that help me fight on and live positively with HIV. All I want is to live a normal life and fight stigma.” By improving access to treatment, people like Hassimiou will be able to live more comfortably.