Yellow Fever in Angola: "Everyone Needs to Remain Vigilant and Responsive to Avoid an Explosion"

An outbreak of yellow fever has been ravaging Angola since December 2015, raising fears that the virus could spread to other countries. The limited available stocks of vaccines constitute a particular challenge. Here, Doctors Without Borders/Médecins Sans Frontières (MSF) epidemiologist Michel Van Herp provides an update on the situation.

What are the characteristics of yellow fever?

It is a disease caused by a virus, considered to be a hemorrhagic fever. The virus is transmitted by the Aedes mosquito. After a short incubation period, the infected person may develop slight symptoms common to the majority of viruses (flu, malaria, etc.), or even no symptoms at all, and nothing more may occur, which is what happens in about 80 percent of cases.

But there may be a second phase, known as “yellow” because the liver is affected. This phase may also become hemorrhagic if other organs are affected. In this second phase, the mortality rate can be high: around 25 percent or 30 percent. 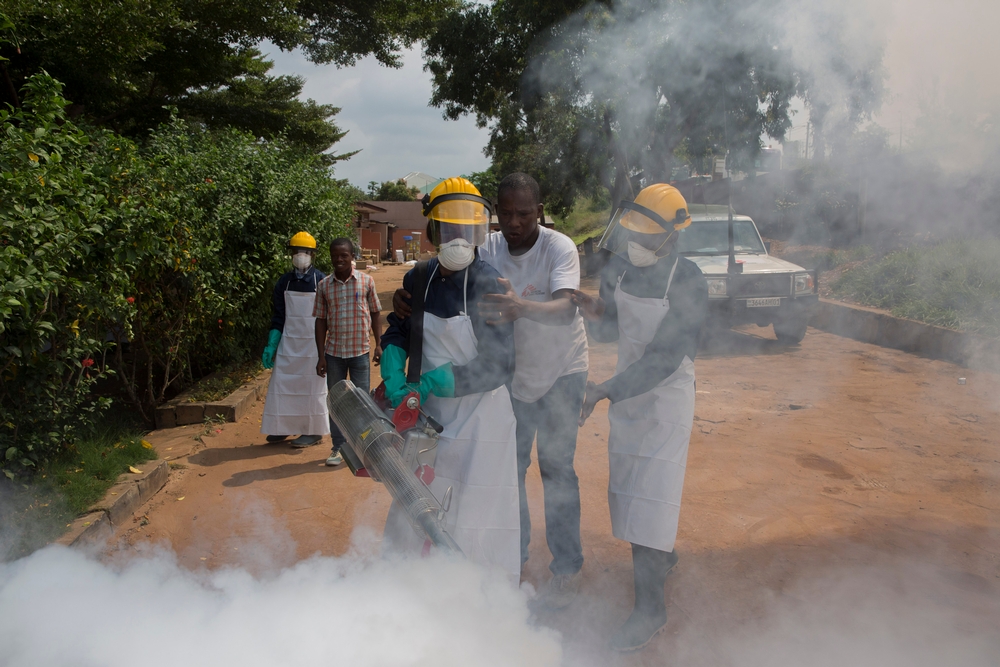 From a medical point of view, what tools are available to fight the disease and how were they developed?

Yellow fever wreaked havoc at the end of the 19th century and at the beginning of the 20th century in many parts of the world. Research led to the development of a highly effective vaccine [in 1938]. Systematic vaccination campaigns were launched and considerably reduced the epidemics.

But at the end of the 20th century, systematic vaccination of the population became less of a priority in certain African countries and this led to new epidemics, such as the one that struck Guinea in 2000. In view of the shortage of vaccines on the market, an international coordination group (ICG) was set up to manage a strategic stock of six million doses per year, so as to be able to respond to an epidemic. However, there is no specific treatment available.

The treatment is symptomatic: the patient is helped to overcome the disease by attacking the symptoms. During the second phase, when the virus disappears and the patient is no longer contagious, the most important thing is to prevent the liver from becoming necrotic.

What is unusual about the outbreak in Angola at the beginning of the year?

In recent times, epidemics have developed in forested areas or around water points. In Angola, it developed in the capital, Luanda, which had been spared for decades and where there were no mosquitoes carrying the virus. The disease was probably brought there by a person who contracted it in the forest, or who brought in the eggs of mosquitoes carrying the virus. So it started with a limited number of infected humans and mosquitoes.

But the epidemic affected a very popular market, visited by people from across the entire city, who then spread the virus. By the time this was discovered and a response could be put in place, the number of cases in humans had risen and therefore the number of infected mosquitoes rose too. The epidemic then spread to the provinces and, via travelers, spread to countries like China, Kenya, and, at a later stage, Democratic Republic of Congo. 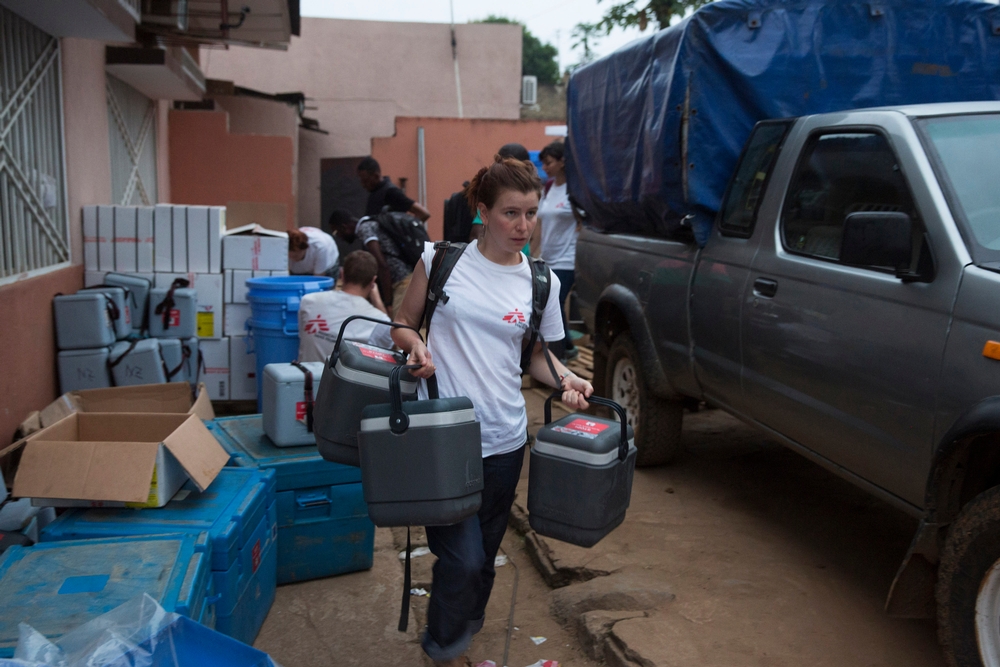 What is the risk of the outbreak spreading outside Angola?

That is hard to predict. Multiple factors are involved: is the traveler in a contagious phase of the disease? Are there any mosquitoes in the area? In Beijing, for example, the infected travelers arrived during winter, when there weren't any [mosquitos]. Another factor: the mosquito that bites the person must itself fall sick, which does not happen systematically. Finally, transmission via the eggs of infected mosquitoes does not happen systematically either.

Before an outbreak becomes explosive, it develops slowly, especially as this is a “lazy” mosquito that does not move around a great deal. So it is the movement of people that spreads the disease within a country. Action must be taken during this gradual build-up of cases, as we are doing now in the Congo by combining targeted vaccination campaigns and vector control activities, i.e. against the mosquito and its larvae. Once a case has been confirmed, we must identify the district where the victim has come from, carry out vaccination, and send teams to implement vector control measures within a radius of 150 meters.

Is there a risk of massive outbreaks in other African countries or in Asia, which has never been affected by yellow fever but where the Aedes mosquito is present?

It is important to consider this risk. As a precaution, we must consider a worst-case scenario to find any weaknesses or obstacles, particularly in terms of vaccine production.

The yellow fever vaccine is a vaccine that most of the time does not require large-scale production. Moreover, it is very tricky to manufacture. The reserve stock of six million doses was used in Angola. But we replenished the stock with doses we found still on the market, through donations and by drawing on vaccines intended for broader vaccination programs. Another avenue to explore is the use of divided doses: a study carried out on one type of vaccine shows that it is effective to divide the dose by five, thereby still providing immunity. However, further studies—particularly to evaluate how long that immunity lasts—have yet to be carried out.

An explosive spread of the disease can only come about through negligence. It is perfectly avoidable by a continuing effort of vigilance, surveillance, and responsiveness wherever cases arise.

Men carry an ice box to keep vaccines at a cold temperature during a A Medecins Sans Frontieres (MSF) vaccination campaign against yellow fever in Matadi, Democratic Republic of Congo.
MSF