Yemen: MSF Treats 39 Injured as Violence Affects the South of the Country 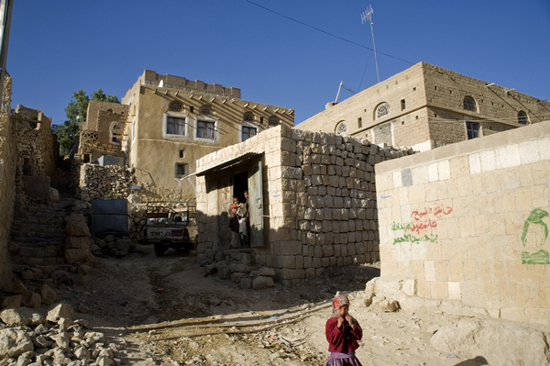 The old town in Khamir, where MSF has been working since 2010.

SANA'A/PARIS, February 23, 2012—On February 21, Doctors Without Borders/Médecins Sans Frontières (MSF) teams in Aden and Al Daleh, in southern Yemen, tended to 39 people who had been injured during outbreaks of violence connected to national elections. A local separatist movement boycotted the vote, which led to clashes in the south, particularly in Aden, the region’s main city.

MSF supported three hospitals in Aden by deploying medical and surgical teams and financially supporting health care for the wounded. The three hospitals admitted a total of 37 people on Tuesday.

The situation in the region remains tense, so the teams will continue to support these hospitals in the coming days, in case there is another influx of wounded people.

For over a year now, MSF has been working around the main areas of violence in southern Yemen—particularly in the governorates of Aden, Abyan, Al-Daleh and Lahj—supporting emergency rooms, transferring wounded patients, and helping to provide primary health care for the resident population and people displaced by the conflict in Abyan.

In 2011, MSF conducted more than 15,000 emergency room consultations and performed 1,500 surgical procedures in these programs.

MSF is an international humanitarian organization that provides private and emergency medical assistance in more than 60 countries worldwide.

For its activities in Yemen, MSF does not accept funding from any government and chose to rely solely on private donations.