Arunn Jegan recently returned from his second assignment in Taiz, Yemen, where he was working with Doctors Without Borders/Médecins Sans Frontières (MSF) as a project coordinator. Here, he describes the situation in Taiz, a city that has been wracked by fighting between armed groups since 2015.

Senseless violence, lawlessness, resilient people tired of conflict ... these were my impressions of Yemen before I arrived. It was visceral. And then there was Taiz city, the last bastion of hope for peace.

Taiz, the third largest city in Yemen, is separated by a frontline. Yemenis are exposed to violence on a daily basis, and the constant sound of shelling and gunfire crackling through the days and blaring through the nights has become the norm. I remember at one point in January this year, when we were hearing five explosions every minute for a period of two weeks.

Today, the main issue for people in Taiz is still insecurity. Day-to-day, there’s the fear of being killed by stray gunfire or shelling in the city.

There’s the fear of family members never returning home from work. Freedom of movement is far more restricted than what it was before the war and checkpoints are dotted everywhere, making it difficult for people to carry on as normal. You can imagine that living in these conditions is incredibly tough for the locals, and, as a result, I think there will be a devastating psychological footprint that lasts long after this war is over.

What struck me most was seeing our staff interact with patients. Due to the collapse in public infrastructure, professionals are working in different fields. Teachers, for example, don’t have jobs anymore because the education system is defunct. Some have come to work with MSF in various administration and logistics roles.

I remember going through one of the hospitals with a former teacher, now an MSF logistician. As we were walking through the emergency ward, he recognized some of the patients as former students. He was quite shocked to see them in such a precarious state. He remembered them being fit and healthy and was worried about their health status now.

The students recognized their teacher, and they chatted for quite some time about days gone by. They spoke of a bleak future. They were no longer going to school, and they missed the days when school was their only worry – even if their teacher was quite strict! One of the boys mentioned that his mother and father struggled to secure food for the family. He was grateful to be receiving free medical care but worried about the [financial] setback, knowing that other basic essentials of life could not be met.

This was a striking moment for me, to remind me that it’s not just the patients’ lives that have changed, but also the whole community has shifted and has to reorganize itself because of this war.

Very broadly, we have seen a collapse of the secondary and tertiary health care systems in Yemen. MSF has spoken openly about this over, and over again. Over the last two years, public hospital staff have been paid little to no salaries, and without incentive-based support, the public health system cannot function. 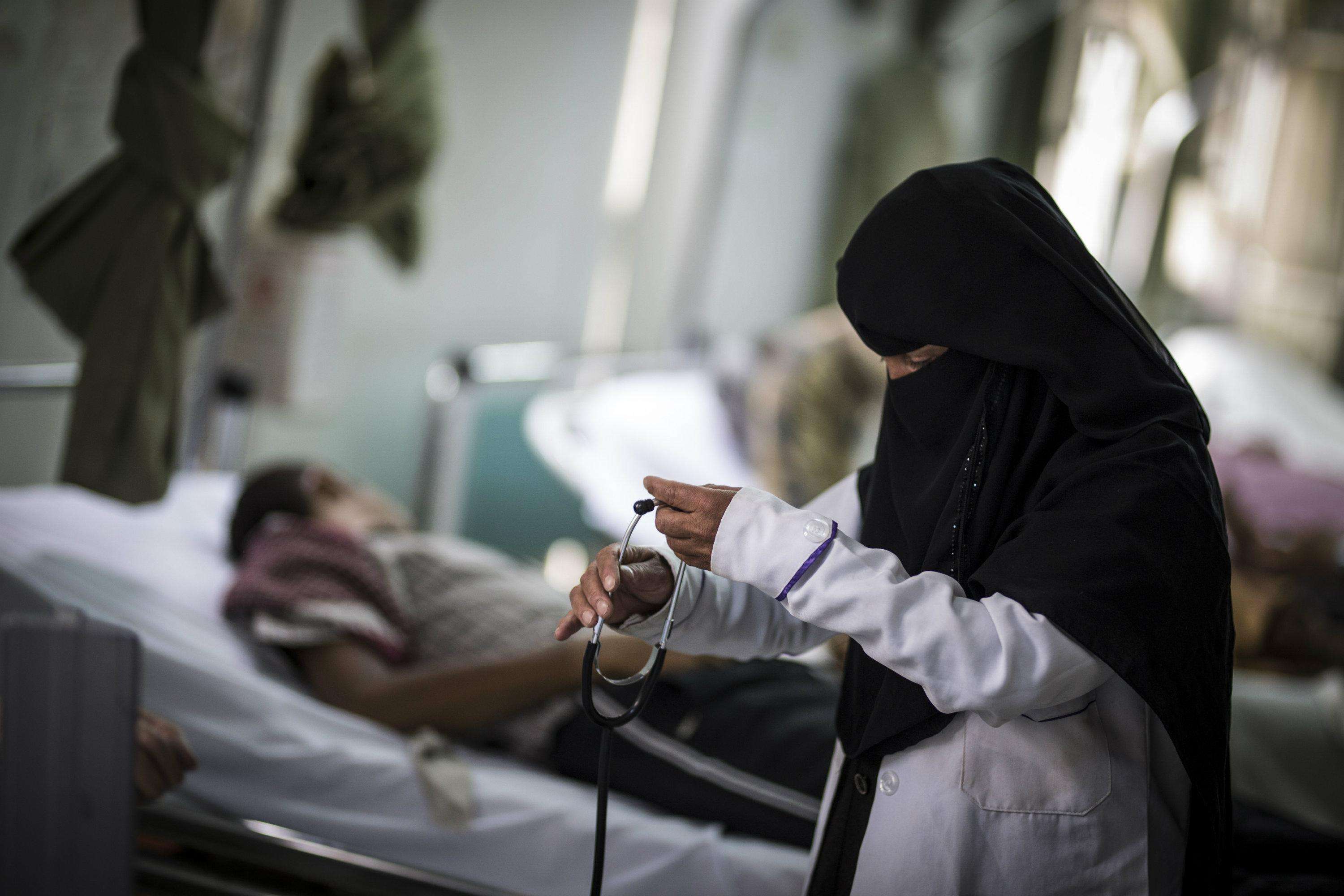 Responding to wide-ranging needs in Taiz

MSF has been supporting three hospitals in Taiz city for almost two years, focusing on the main emergency priorities including medical care for people injured from the war and pediatric and maternal health care. Indeed, in war, surgery is an enormous part of our work, but the reality is there is also a real need for quality services for children and pregnant women.

In Taiz city, we had on average, 2,000 maternal health consultations per month—these were women who would otherwise not have had access to care. Staff were seeing malnourished children and children who had advanced respiratory infections. They also treated children for common illnesses [made more severe due to] the lack of provisions.

Unfortunately, there is no infrastructure supporting waste management in Taiz. The situation is equally dire in terms of access to clean water and sanitation facilities. Last year, this contributed to the rise of cholera and the fear is that there is potential for future outbreaks as the seasons change.

One of the lesser known, long-term consequences of the war in Yemen is antimicrobial resistance. In health facilities across Yemen, overprescribing antibiotics is a common practice by doctors, and thus patients expect and demand that antibiotics are readily available. Antimicrobial resistance in the community is high for certain antibiotics, and self-prescribing [drugs] is common. In Taiz, MSF is working with local health workers to minimize overprescription of antibiotics.

"Everyone has a story in Yemen"

Everyone has a story in Yemen. Everyone has something to say about how their life has changed because of the war. In most situations, in most communities, you would expect to see a broken people. Year after year of being forgotten [by many in the international community], not being able to access health care services, and not being able to afford food, you would feel broken. But that’s just not the case for the people of Taiz.

The people continue to do their best to make what they can out of the situation, even though war and the fear of death is a daily reality for them. In Taiz, people are still hopeful for a stronger future.