What is the Mediterranean refugee crisis?

The vast majority of people attempting the Mediterranean crossing pass through Libya, where they are exposed to horrific levels of violence, including kidnapping, torture, and extortion.

Since 2015, Doctors Without Borders/Médecins Sans Frontières (MSF) search-and-rescue teams have rescued and assisted more than 80,000 vulnerable people along the deadly stretch of water between Libya and Italy—one of the few remaining routes to Europe as governments across the continent have closed their borders. 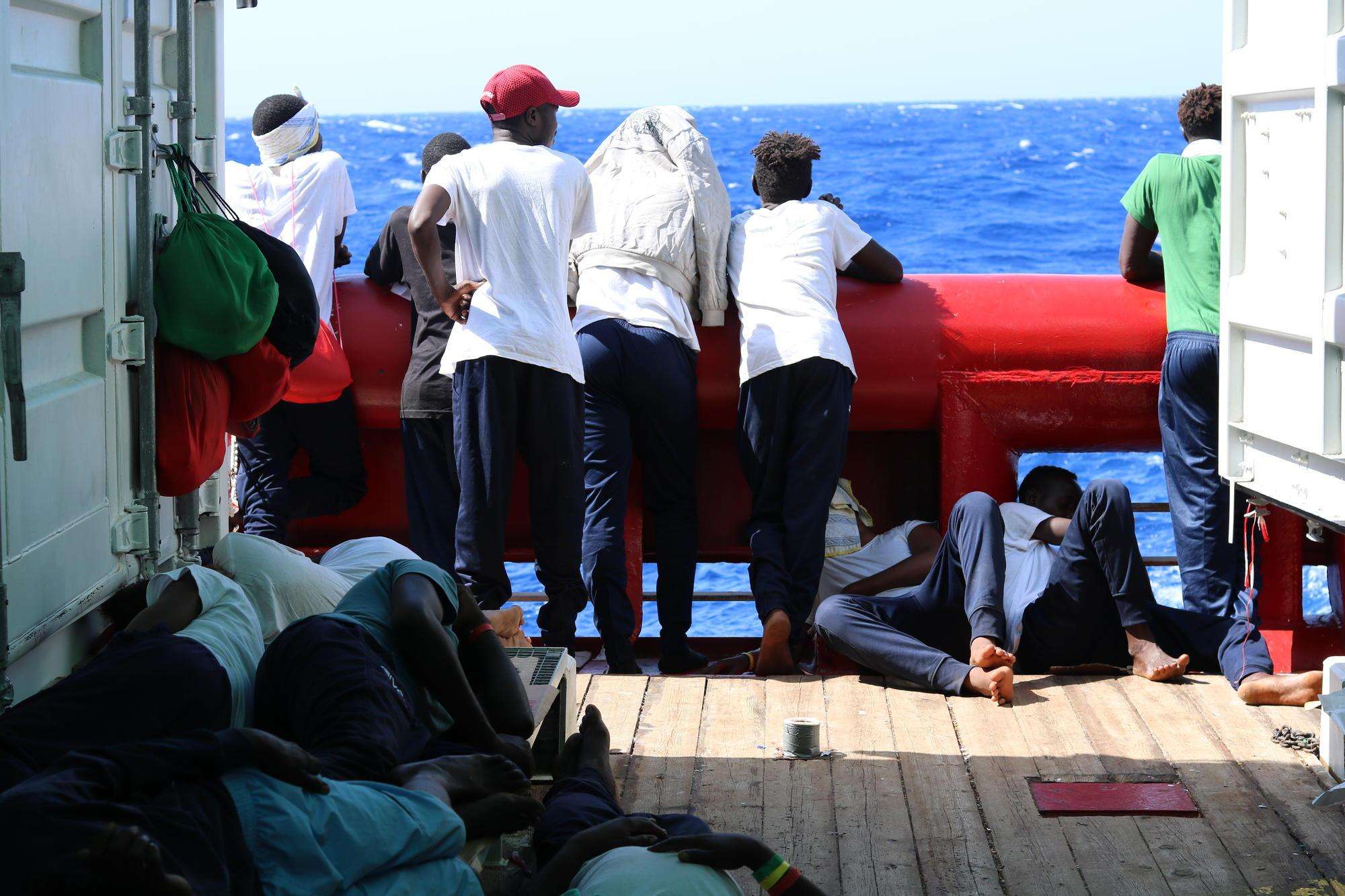 After two weeks, 356 people rescued in the central Mediterranean may finally disembark

Despite the dangers, people continue to attempt the sea crossing to escape violence, instability, and economic hardship in countries including Eritrea, Ethiopia, Guinea, Chad, Gambia, Côte d'Ivoire, Libya, Mali, Nigeria, Senegal, Sudan, and South Sudan. These men, women, and children are often crowded into flimsy boats or rafts, vulnerable to exploitation by human smugglers and profiteers.

How does MSF help refugees on the Mediterranean?

MSF began search and rescue activities in 2015 to fill the gap left by the termination of Italy’s Mare Nostrum operations. We stepped up activities in 2016 as European states concentrated on deterrence and surveillance measures rather than on saving lives. That year, MSF announced that it would no longer accept funds from the European Union or its member states in opposition to their extraordinarily harmful migration policies.

Despite recent efforts of other NGOs at sea, today there are only a few dedicated rescue boats operating in the central Mediterranean. We decided to return to sea in July 2019 because search and rescue is a duty, fueled by the humanitarian need to prevent people from drowning while they seek safety.

Migrants, refugees, and asylum seekers in Libya face high levels of violence, extortion, and arbitrary detention with serious consequences to their physical and mental health. For these reasons, among others, returning people rescued at sea to Libya is a clear breach of international maritime, refugee, and humanitarian law.

Onboard specially equipped ships, MSF teams provide lifesaving emergency care as well as treatment for dehydration, hypothermia, and fuel burns. Our teams provide care for patients for days or even weeks before they disembark. While the priorities are food, water, rest, and emergency medical care, teams also provide psychological first aid to victims of torture and violence.

Who are the Mediterranean refugees?

In 2016 there was an increasing number of unaccompanied children, and MSF teams saw relatively high numbers of pregnant women (around 1 in every 10 women rescued). Some women were in the advanced stages of pregnancy and several babies were born on board.

“I have treated women who were forced into prostitution, kidnapped, and raped for months,” said midwife Liza Ramlow. The International Organization for Migration (IOM) has reported a nearly 600 percent increase in potential sex trafficking victims arriving in Italy by sea between 2014 and 2017, with most victims arriving from Nigeria. Of the more than 11,000 Nigerian girls and women who arrived in Italy in 2016, the IOM estimates that roughly 80 percent are likely to be victims of trafficking.

How many refugees have crossed the Mediterranean?

According to the IOM, 1.6 million people have crossed the Mediterranean since 2015, with over 16,000 people perishing during the deadly sea crossing.

How else is MSF providing medical care for Mediterranean refugees?

In July 2016, MSF began providing vital medical care to those detained in Libya, where migrants and refugees are repeatedly victimized by security forces, militias, smuggling networks, and criminal gangs. Our teams run mobile clinics in a number of migrant detention centers in and around Tripoli. In 2018, our teams conducted over 31,500 medical consultations in detention centers in Tripoli, Misrata, Khoms, and Zliten, and referred over 1,000 patients to secondary health care facilities.

MSF has also launched mental health care projects in reception centers around Italy, where teams of cultural mediators and psychologists screen and provide care to asylum seekers. In Rome, our rehabilitation center for torture survivors uses a multidisciplinary approach, including medical and psychological services, physiotherapy, and social and legal assistance.

The Crossing: Night portraits on the rescue boat Prudence 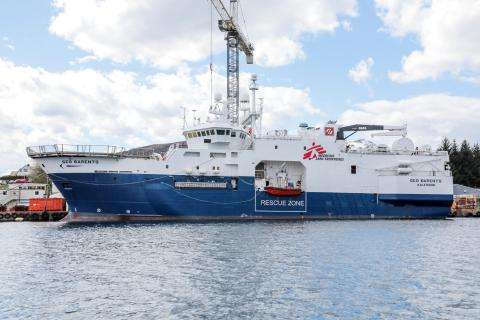 MSF relaunches search and rescue operations in the Central Mediterranean 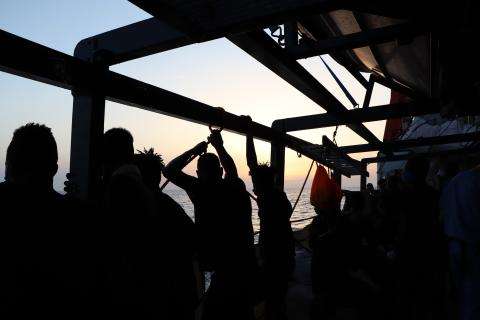 “What Europe is experiencing today, is not a humanitarian crisis, but a crisis of humanity.” 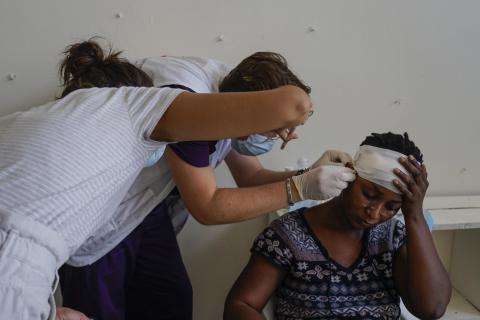